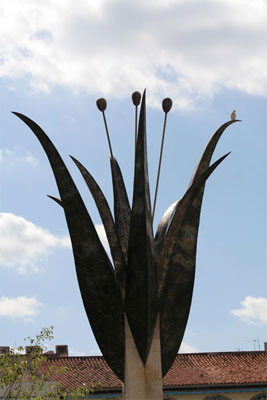 HAVANA TIMES — A few days ago, the partner of a friend of mine started beating her up in the middle of the street in the presence of several other people they knew. I wasn’t there at the time, but I learned that my husband was the only person who ran over to defend her.

Why didn’t those other people take action? This was because of the notion here in Cuba that “no one should get in between a husband and wife.” People feel that if you defend the woman, she might end up getting back together with her husband, which means you would have gotten involved for nothing.

Given men’s physical advantage (evident in the case of my friend’s partner), a basic issue of injustice apparently becomes blurred when a sexual relationship is involved. The sense of compassion slows down. It becomes cloudy, paralyzed.

Since I read about how the rape of women is common in India, and about the recent scandal involving the death of one victim (raped by several men in a moving bus), I wondered what causes this tacit conspiracy, that internal collapse that enables such brutality and shame.

I doubt whether such a level of violence could be reached in Cuba. I think that culturally the status of women here is somewhat higher. I say “somewhat” because the self-concept of the object of (sexual) value among ordinary Cuba women — through which they hope to solve their economic problems — is a discredit as a human being.

Here on the island, at least we have the advantage of not being dragged along by absurd fundamentalist burdens that have nothing to do with true religion. Instead of providing knowledge, these only contribute to worse forms of ignorance and suffering.

Nevertheless, I’ve touched and sensed a macho substrate in our society too. It poses itself as a dangerous potential in the present as well as a future legacy. Of course the generations to come — with models established by reggaeton whereby they’ve “liberated” women by confining them to the role of object — are ideal disciples of machismo.

What can a woman aspire to if — as stated in the popular song “Quimba pa que suene” — “it” (their sexual organ) “is the nicest thing you have.”

I recently learned that another female friend of mine was physically assaulted by her brother-in-law. With the evidence of the crime all over her body, she went to the police station and reported him. The case was processed and the assailant went to trial. What was his sentence? …a one-hundred peso fine (about $4 USD).

Paradoxically, the writer Angel Santiesteban’s five-year prison sentence for domestic violence was recently upheld. Undoubtedly, the controversial author of the blog “Los hijos que nadie quiso” is not serving time only for exhibiting remnants of machismo.

The same rigor of exception was shown in the case of the young man who died on a hunger strike in Santiago de Cuba. He was also accused of domestic violence against a dark background with political overtones.

An acquaintance who was a social worker referred me to a very representative case. This involved a girl who went to school with clear signs of sexual abuse on her body. The wall of impunity consisted of there being no complaints by the family or any action taken by the police to investigate the situation. The matter was diluted amid rumors of disapproval.

Fortunately, here in Cuba we don’t see as much explicit violence against women as that suffered in distant India, the Middle East or in nearby Mexico, where shameful rates of female murder are accumulating. But we mustn’t forget that machismo is a monster that’s too close to home.

I myself knew a girl who tried to report her father, who was sexually abusing her. The authority’s response was that this was a “family problem.”

I have friends who have been raped and didn’t report the crime because they had had a relationship with the aggressor. Is the boundary that establishes consent (the yes or the no in that act) pointless to the law?

Others renounce that idea out of the mere shame of making the matter public, the bureaucratic treatment expected and a general lack of faith in the viability of justice.

How we conspire with machismo

For some time, being an involuntary viewer of telenovelas that people rent, I’ve noticed that these are full of recurring rape scenes.

It’s obvious that they proliferate because of the demand for them. This doesn’t surprise me, because even apparently sensitive male friends have confessed to me of being excited over some rape scene (of a beautiful woman).

I reply to them that what triggers their fantasies isn’t like what happens in real life.

One time, years ago, in the middle of the night, I was awakened by the cries of a girl being raped in a particularly painful manner. I yelled out the window to alert more people, but the only ones who came outside to help her were my partner at that time and me.

She was a teenager who was with two men and another girl in a dark side street. We immediately knew she was the victim from the look of fear on her face and her evident pain (she was having problems walking), as well as the aggressive reaction by the group.

My partner and I couldn’t do much by ourselves. I could never understand why none of our neighbors joined us. Were they all really asleep? The teenager walked away in the darkness with her aggressors, though I didn’t know if she was being threatened. Nor do I know if the dreadful act was completed further away, in an even more isolated place where no one could hear her screams.

Yet those sounds remained in my subconscious for months, with the full weight of her horror and despair. No film has ever caused that same effect in me.

The mass media condition much of how we interpret the world. I’m of the opinion that pornography contributes miles of bad for yards or blocks of relativist freedom.

I don’t know who said it, but there’s a powerful phrase that goes: “Pornography is the theory, rape is the practice.” In most cases of sexual psychopaths I’ve seen on the TV program CSI, the murderers are consumers of pornography and Viagra.

The myth of sexuality as an unmistakable and irreplaceable source of happiness — far from creating peace and understanding — alters the entire biological and social order.

The result isn’t only these sexual predators. Men and women when feeling the inexorable weight of age become depressed and therefore seek momentary palliatives, fictitious extensions of youth.

Given men’s physical advantage (evident in the case of my friend’s partner), a basic issue of injustice apparently becomes blurred when a sexual relationship is involved. The sense of compassion slows down. It becomes cloudy, paralyzed.

I’m not criticizing alternatives such as surgery and other methods if these are needed (and one can afford them). I’m talking about how despite this, change continues to occur, yet there’s no implant, face-lift or pill that will allow one to accept the emotional and real weight of time. This is a serious problem.

Young people also fall victim to this with their archetypes of prefabricated beauty and even prefabricated molds of sexual behavior.

It’s curious that in many reggaeton posters, the male singers appear between two (always stylish) women, while these guys — without complexes — tend to be a little overweight. Simplified: the man can be whatever, but the women — to be desirable — can’t be fat.

Being “desirable” is a double-edged privilege. I’ve seen reggaeton videos (including the popular Calle 13), in which the subliminal visual treatment of females isn’t much different from a punch, “a whack over the head,” a rape.

I’ve always said that machismo only survives thanks to women. Mothers raise their children to be sexist, girlfriends and wives hold on their delicate shoulders an empire that would collapse if they would just take a step outside the circle.

I always think back to those words of Marti: “Rebel, oh, women, against these shameful seductions, behold, before giving yourself, if someone want to acquire you like an orange, to be enjoyed or thrown away, or if they love you sweetly, penetratingly, spiritually and tenderly, without shock, without domination or obsessions of desire, if someone seeks in you more than just the beautiful beast…”

Saying that current-day education inculcates respect for women is official fanfare that goes against a high percentage of media propaganda. But machismo, as we know, condemns both sexes equally, although the most obvious victims are women.

A great kingdom must be like the lowland toward which all streams flow.

It must be the point at which converge all things under heaven.

It must represent the role of the female in dealing with all things under heaven.

The female, through her calmness, overcomes the male; because of her calmness she is situated below.

“Calmness” here isn’t passivity or weakness, but serenity and balance, as opposed to the virile impulse that sexist heredity interprets as strength but which is really slavery. That which dominates us can’t be called power. Power is something we control.

This mean we should “control” but not “repress.” Repression has nothing to do with calmness as there’s an internal movement of resistance.

In Cuba, through ignorance and/or idiosyncrasy, people confuse desire with vigor, and anger with courage. This is also immature and it has serious consequences.

When I think about the sad incident my friend experienced, again and again I come to the same conclusions:

1. The excuses of those who refused to help her are all masks of the same face: machismo? Cowardice, laziness, selfishness.

2. Respect for women’s bodies ends when they’re interpreted as sexual objects. And here begins another form of violence. The boundary between the physical and sexual aggression is less than a millimeter.

3. Those who don’t come to the aid of woman being beaten by a man because she’s his partner are assuming that his sexual right over her potentially involves risk. They consider this natural.

Fortunately, here in Cuba we don’t see as much explicit violence against women as that suffered in distant India, the Middle East or in nearby Mexico, where shameful rates of female murder are accumulating.

But we mustn’t forget that machismo is a monster that’s too close to home. It breathes along with all of us and feeds on not only acts and omissions but also on any form of indifference.

And let’s not forget that most violence occurs within our four walls, victims rarely appeal to justice, and even the recorded statistics of these crimes aren’t published here in Cuba.

4 thoughts on “Cuba: The Serious Issue of Machismo”