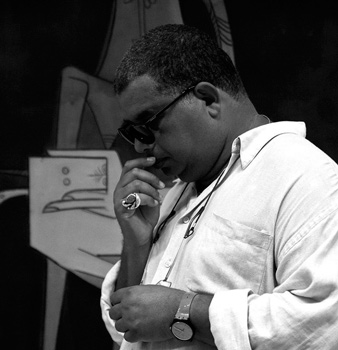 HAVANA TIMES — Another important Cuban artist has returned to the island with a solo exhibition after a 20-year absence from the country’s art scene.

His current exhibition at the National Fine Arts Museum in Havana, titled Brey, included an encounter with the artist at the exhibition venue as one of its parallel activities. 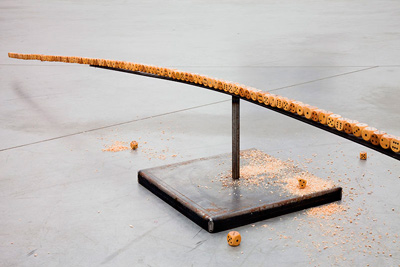 Artist, critics and the general public attended the gathering to share opinions, experiences and concerns.

The curator of the exhibition, a friend of Brey’s, and the artist began the exchange speaking of the concept behind the series and explained that the intention was not to present a retrospective of Brey’s works but rather a fusion between pieces produced and inspired by two important places in the artist’s life: Cuba and Belgium.

There was also a discussion about the significance of having settled in Belgium in 1991, a place which, according to Brey, has afforded him a needed “intellectual solitude.” 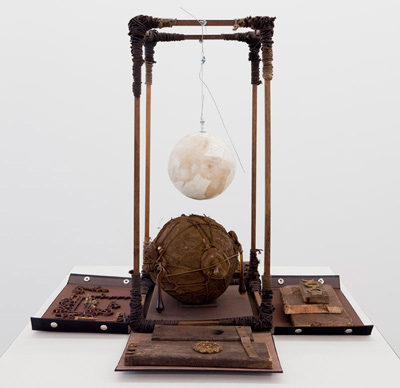 The atmosphere became a bit tense, not only when the translator began to make mistakes and to change the meaning of the comments about Brey’s works, but also when one of the Belgian artists invited affirmed that the Cuban public was not “ready to understand the pieces on display.”

How could we fail to understand those small chests, those universes transformed into receptacles for memories, dreams and mysteries?

How could one fail to be moved by the beauty of the details, the purity of the meaning Brey instills into each of his pieces?

I believe that the least attentive of those who attended the exhibition is capable of interpreting the codes and expressive signs of contemporary art and was able to identify with Brey’s work, a sincere series of pieces that addresses the history of the contemporary subject and their spiritual world.

The works of Ricardo Rodriguez Brey will be on display at the National Fine Arts Museum until June 30.