HAVANA TIMES – I know the Ariel* that was kicked out of Havana University, the Ariel who stood next to me and other friends at the Municipal Court when I complained about my arbitrary dismissal from Revolucion y Cultura magazine, where I worked from 2012 to 2016. 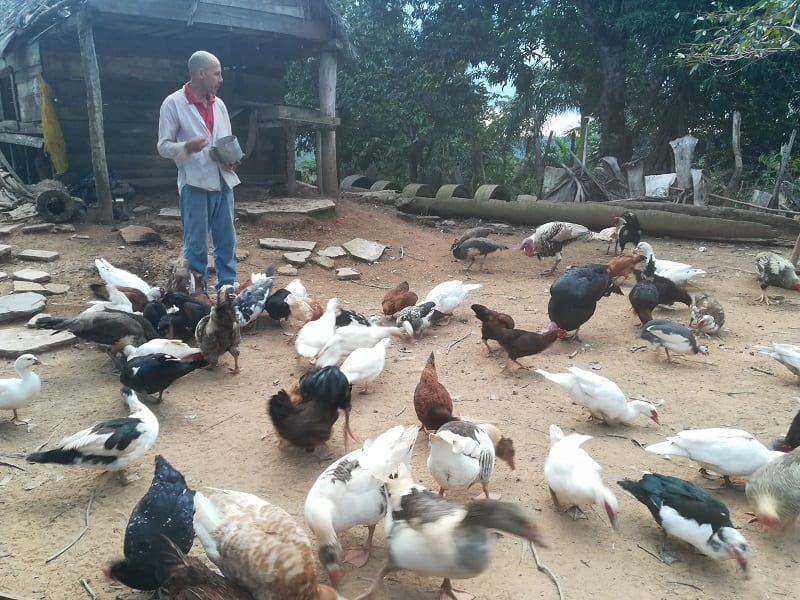 But, I didn’t know Ariel the farmer. Ariel the grower of coffee, sugar cane and fruit trees. The Ariel who doesn’t frown for a single second when looking after the large variety of animals on his farm. I didn’t know the Ariel who lives up on the magical mountain. 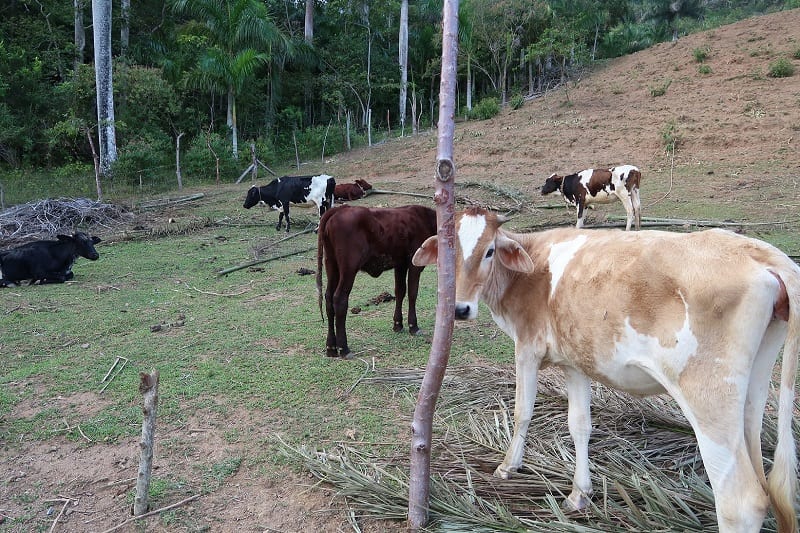 Ariel doesn’t stop. The farm was affected by the strong winds caused by the tornado that hit Regla, Guanabacoa and other Havana neighborhoods. He only has a few moments at the dinner table to talk about why he won’t be voting in the upcoming February 24th referendum or about why Cuba doesn’t have any fish.

Ariel constantly warns us that we should look at the ground, that there are small animals. Cats, chickens, even lizards that he regularly feeds.

Ariel teaches us how to strip the leaves off the main rib off a palm quickly, because the cows are anxiously waiting. 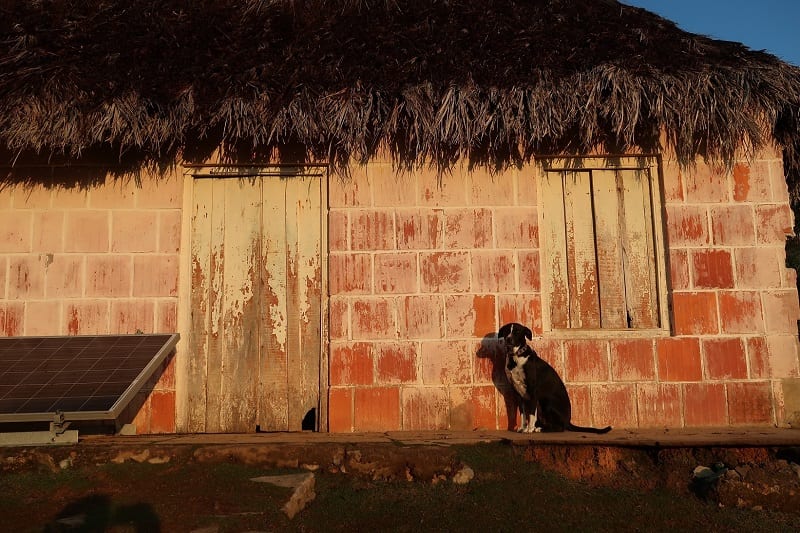 I watched how Ariel patched up a new-born chick. His hands were fearless. There were so steady it seemed he had no nerves. And I also saw how the chick survived the following day after his surgery.

I’m sure Ariel would not like me talking about him as if he were a hero. Or that this article is too sugarcoated. (Forgive me in advance) But, Ariel deserves all the praise in the world and a lot more help than he already has.

If only this article serves for others to go and lend a helping hand with his project. Vinales is experiencing a strange moment in its history. It has the kind of tourism that makes me suspicious. Spaces like Ariel’s give us a little hope. Preserving the fauna and flora in such a biologically rich territory is a complex job and even more so when people don’t see the economic potential of it (without physical effort) in the short-term.

One thought on “The Amazing Farm of Ariel Ruiz Urquiola Progresses”