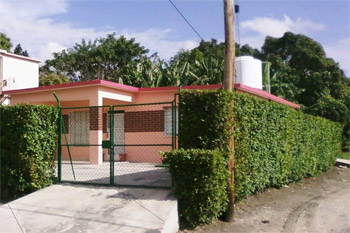 HAVANA TIMES, March 13 — The facade of a house also serves to indicate the economic and social status of the people who live inside, though this is not a question of laws or cold calculations.

People have different reasons for choosing particular styles, but in these decisions are often expressed elements of prestige-seeking and competitiveness between neighbors.

In comparing style and status, we don’t expect to learn anything more than how the public image of a Cuban family is created, mainly their economic and community images.

There are those “ackee” colored houses, a tone that’s associated with the new rich. The educated elite consider them a middle class “without culture,” though they do have culture – mass culture.

These possess one form of being that doesn’t facilitate the elevation of the learned, which all members of the self-respecting middle class must obtain: access to titles of nobility that are monopolized by the educated elite. 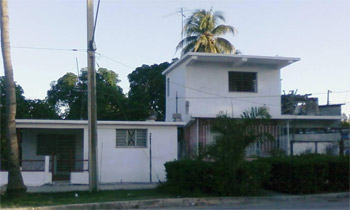 And since we’re speaking of the learned elite, we can say that they inhabit homes with “cultured” shades, as would be expected. Their colors intentionally distance themselves from the incandescent “ackree” that has become fashionable among the ennobled rift raft. Their pastel colors dance in sober and well-tried combinations.

The utilitarians (workers with some amount of money) bathe their gradually constructed walls and ceilings in whitewash. To them, wealth is something inaccessible.

Their economic success has been achieved as a result of “appropriating” construction materials from the state (though “recuperation” is the word that some of them prefer to use). From these homes, their aim is to derive basic and enduring comforts.

To culminate the hierarchic and prestigious metaphors, we see the entry of the leading majority (a nice euphemism). 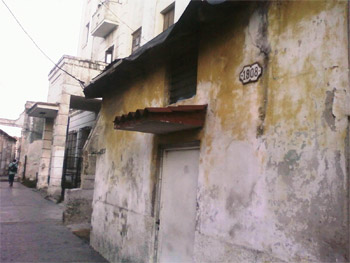 What are their colors and aesthetics? We can indeed ask which ones because undoubtedly they exist. The colors of most working people exist beyond their facades.

This is why colors remain on hold for them. It’s as if someone was hoping to conquer the horizon — prestigious horizons — but the suspense is relative.

If we look with eyes that want to see, we will discover colors and shades on the walls of working people, beyond the suspense of their tones.

Behind the facades we find the faded colors of days gone by; time-forgotten tones together with crumbling plaster and dampness.

This suspense also winds up being a color. In the colors of bricks and cement, weathered wood and corroded steel, dignity prevents some lowly status from undermining everyday life.

Because of this, in the aesthetics of these facades lies the dignified suspense in which the beautiful bareness comes to life.