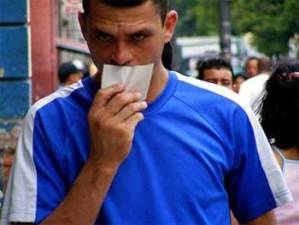 HAVANA TIMES, April 3 — A question came to me: Why do most people have a hard time giving up junk food?

The reason’s quite clear: People don’t want to give up the flavors they recognize as “tasty”!

This situation exists even when the damage done to one’s health is obvious…despite fear, illness and even death being real consequences. Giving up their customary flavors seems like something impossible. It’s as if changing their eating habit would bring still more misery to their bodies.

The exquisite taste of junk food is mediated by all kinds of dominations.

The taste for them is generated in part by an efficient bio-power that is exercised over people’s bodies and minds through everything from the media to the marketplace.

This is something that is talked about a lot today and is the explanation for more than 80 percent of “deaths caused by the mouth.”

Nevertheless, there are other reasons that also explain why people choose to eat so much bad but tasty food that is minimally or not at all healthy.

Perhaps the first of these is the most basic reason.

We know that many people around the world suffer from a lack of food protein and energy, whether these come from healthy sources or not. People suffer and die for want of these.

Since this situation produces a competition between choice and survival, the result of this demonstrates that healthy eating is a privilege available to only a few.

What is healthy are also commodities designed primarily for the wealthy.

This leads to another one of the reasons that makes up the other 20 percent of why a lack of will power that makes many people unable to give up junk food.

We’re talking about the possibility of being satisfied with what you eat. This is the wellbeing of satiety versus perennial agony of craving. It’s the constant demand by the body for the abundance of bread and wine.

Junk food satiates quickly and inexpensively, which are also parts of it fatal attraction.

The ability assigned to junk food to satiate hunger is one of its sacred powers. Because of this, many people end up “dying from the mouth” – killed by the inability to satisfy their hunger though healthy meals.

Suffering from hunger every minute is another form of collective suicide. It is living death.
We agonize over this despite knowing what’s healthy.