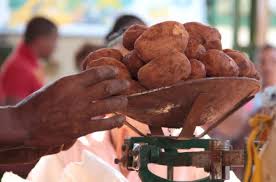 HAVANA TIMES – The impossibility of going shopping for a day in Cuba without hostility is one of the biggest achievements of “real socialism”. A daily battle that has turned the services culture into a culture of abuse, which we find ourselves forced to practice in every possible way.

Fundamental values in any purchase/sale today have been completely displaced. We’re no longer talking about friendliness or courtesy, even basic attention towards the customer is considered a privilege.

A Colombian friend told me that he feels more like a survivor in his own country than he does a citizen. We could say something along the same lines: we are everyday survivors of humiliation and abuse. For now, we have been earning a continental reputation with this growing culture of abuse towards the consumer, the young child of narcoculture and organized crime, which lie hidden in this form of “lesser” violence.

Another turn of the screw for the social disorder that the demagogic search for equality has left behind. From a widespread workers’ movement and a privileged State bureaucracy, we have reached this tangled web of social classes and status. Very little of the altruistic myth of the new man permeated society, and a lot of ancestral selfishness was kept. 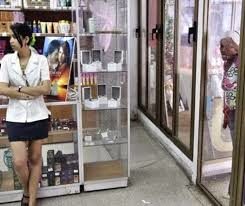 We are in the same boat we’ve always been: exploitation, discrimination and revenge in civil society; but in one way or another now, all mixed up. Today, the contradiction of classes, the struggle for status and definition of social roles is drifting, emerging here and there as a paradox of an authoritarian system in decline:

– Paying for a service and receiving it as if it were a handout.

The merchant like a bird of prey with time in their favor, facilitated by shortages and widespread poverty. Waiting, always waiting to prey on the customer. Using them to redeem the confusion that a bureaucracy creates, which satanizes their economy and their heritage. The consumer like a ruminant tied up who has to chew on a dry and poor nutritional grass, which is tossed to him in a grumpy fashion. 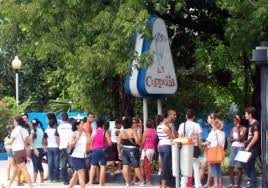 A deadly choreography in which those who make a deal against society (black market and State) claiming a hostility that isn’t really what they say it is. Consumer rights are the real enemy of both of them.

The State supplies resources and the black market’s ethics organizes an illegal supply that compliments the mere survival that government logistics offer us. All of society is being taken over by values of organized crime, marginal activity and a culture of poverty.

Miguel Diaz-Canel’s government speaks about rescuing a services culture, when we are reaching rock bottom in this regard right now. A process of acculturation with complete immunity is being enforced on us.

Let’s see it as the dissipation of a feeling of wellbeing even in the most trivial and fleeting situations we can imagine. Spending money might be considered a provocation in this country.