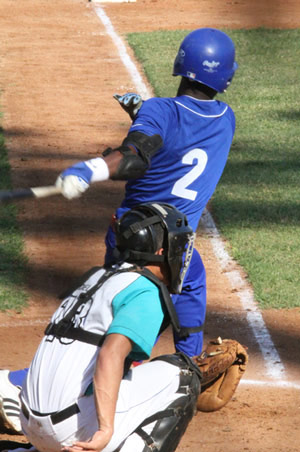 HAVANA TIMES, Feb 27 — Some are laughable, others pathetic.  I’m speaking about those TV broadcasts of the Cuban Baseball League in which sports commentators focus their attention on promoting emerging economic and social development in provinces outside of the capital.

At first the comments of this type were spontaneous and circumstantial. Indeed this gave them a certain appeal, since one could learn about issues of national interest that until then had remained concealed behind the most isolated provincialism.

But over time it seems that this initiative on the part of commentators caught the attention of officials and politicians.

This is no secret to anyone among the large audience attracted to broadcasts of the Cuban Baseball League, both domestically and internationally. The coverage of these is seen and heard by masses of people in many places.

Nevertheless, the comments on provincial events have lost their initial appeal ever since they were kidnapped by the media powers in Cuba.

Today they’re too precise and detailed to spark the interest of baseball fans.

It’s unlikely that, after this initiative having been formalized, anyone will sincerely pay attention to the political rhetoric of the sports broadcasters.

There’s no alternative but to turn the channel or take a few minutes to go to the bathroom or get something to eat when they begin their remarks.

Perhaps this is a reason explaining the unusual governmental interest in developing sports at the provincial level.

“You take want you can get” is what the players must be saying in seeing themselves being favored by the actions of politicians and officials in their provinces.

Thus we see the TV broadcasting crew that covers the Cuban League touring around the country, like a renowned photographer did for quinces (“sweet-16 parties”), seeking to satisfy the needs for media exposure of the provincial governments.

So while we expectantly hope for the victory of our favorite squad, the TV team, like a Chinese lantern, casts light on the economic “successes” of the Cuban government.