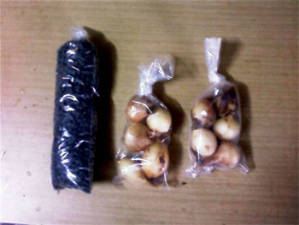 HAVANA TIMES — Many European environmentalists come to in Cuba with the hope of finding a lifestyle representing an alternative to the chronic consumerism that has marred the natural environment in their countries.

Their search is so desperate that they begin by ignoring the specifics of environmental damage generated by the Cuban public. They confuse our limited consumption with the environmental awareness they profess.

The illusory similarity that’s produced between such limited consumption and the alternatives of consumer regulation that they advocate, end up a playing a trick on them.

An example is the way of packaging everything using highly polluting products.

I remember an Italian social scientist who marveled at bulk sales at Cuban agricultural markets. She thought he had discovered a natural environmental consciousness among those vendors here.

She always received warnings from Cubans researchers about the difference in context and the particularities of consumerism in our country, but she was never convinced. She believed in some supposed mystical sensitivity of the Third World towards nature.

I never found out the conclusions of her research, though I expect she reaffirmed her initial thesis, despite the warnings she received.

Some time ago, Cuban agricultural markets started adopting First World approaches to packaging everything: beans, fresh spices, fruits, meats and so on.

The generalization of this was due to the increased availability of plastic packaging wrap in the domestic market, not to any deterioration of our Third World ecological consciousness.

This demonstrates the fierce struggle waged by our domestic market to incorporate the logic of the international market, seeking to captivate the Cuban consumer demand with desires for First World consumption.

Another issue ignored by European ecologists is that “sophisticated” consumption in Cuba acquires the additional attraction of functioning like a ground wire that relaxes the high degree of state authoritarianism that prevails.

As this happens, First World humanists continue clinging to the desire to build their ecological and social utopias in the exotic landscapes of the Third World.

3 thoughts on “The Ecological Cuba of Europeans”