HAVANA TIMES – In Venezuela, there are many people who don’t exactly love Maduro, but it’s still in their best interests that he stays in power.

Inside the system, wearing red shirts, bureaucrats who came with the “Revolution” or bureaucrats of yesteryear; might be somewhat fond of Maduro or not; they might raise their voices to defend him or just leave the insults for more intimate settings, but they don’t want a change of government at the end of the day.

First of all because a change of leadership always implies the risk of them losing their jobs, which normally happens at ministries and state institutions here in Venezuela.

Secondly, because people who work in the public sector can often get a lot of perks out of their job when inefficiency becomes a head-banging labyrinth to get any kind of document. For example, SAIME (Venezuela’s immigration authority). I’ve written about how this institution is responsible for giving ID cards to national and foreign citizens, as well as Immigration-related services.

Just imagine right now with half of the country having left or wanting to leave. How much are the people responsible for this paperwork earning? Or, better yet, how much are they charging citizens who need the process to be sped up? And, when I say sped up, I mean to say that this process exists at the very least.

Recently, I was told the price for a document Cubans need to get (Cubans are the scum of Venezuela’s bureaucratic system, especially at SAIME, as the Cuban government has made sure this is the case).

If a Cuban has illegal status and wants to get papers without being married, or even married to a Venezuelan; then the modest fee to do this “on the side” is US $3,200.

Can someone please tell me how much it costs to emigrate to the United States? Because something tells me that that process is cheaper than having to pay for a visa with an ID card in Venezuela. Of course, there aren’t that many Cubans left here, nor those crazy enough to embark on this process, but it gives you a gist of just how much people working at these offices are earning. That’s why you will always find them at pro-government marches, always loyal, always happy and willing to collaborate with the system.

On the bottom rung of ministries and institutions are the ones that are comfortable with the benefits they have, whether that’s a box or two of food a month, some personal hygiene items, as long as they don’t have to work even 7 hours per day. Or those who don’t even receive this miserable handout but have had the opportunity to have a steady job for the first time in their lives and so they need to be grateful to the person who gave them some “dignity”.

The military is another sector I’ve spoken about in the past, they are the ones who are really in charge of Venezuela. But, their leadership isn’t for governing or administrating the country, but to steal everything they can, from the highest-ranking officials to the wretches who supervise highways and make the lives of everyone who has to travel along them impossible. Whether that’s small business people, farmers or just ordinary drivers, we are all suspects of having something they might need at their homes.

Honest shopkeepers have gone broke. Or they left the country before throwing in the towel. Or they have been forced to close down their businesses. I can assure you that those who have survived or have started out as shopkeepers in recent times don’t have very much honesty running through their veins; and even though they shout “Thanks to Maduro!” every time a customer complains about prices; I’m sure that they are shaking in their boots whenever there is talk about a change of government. In this case, the most dishonest are making huge profits.

Evangelical priests are enjoying paradise on Earth. The more poverty and desperation there is in the country, the greater their earnings via tithe, because their flock is growing non-stop. 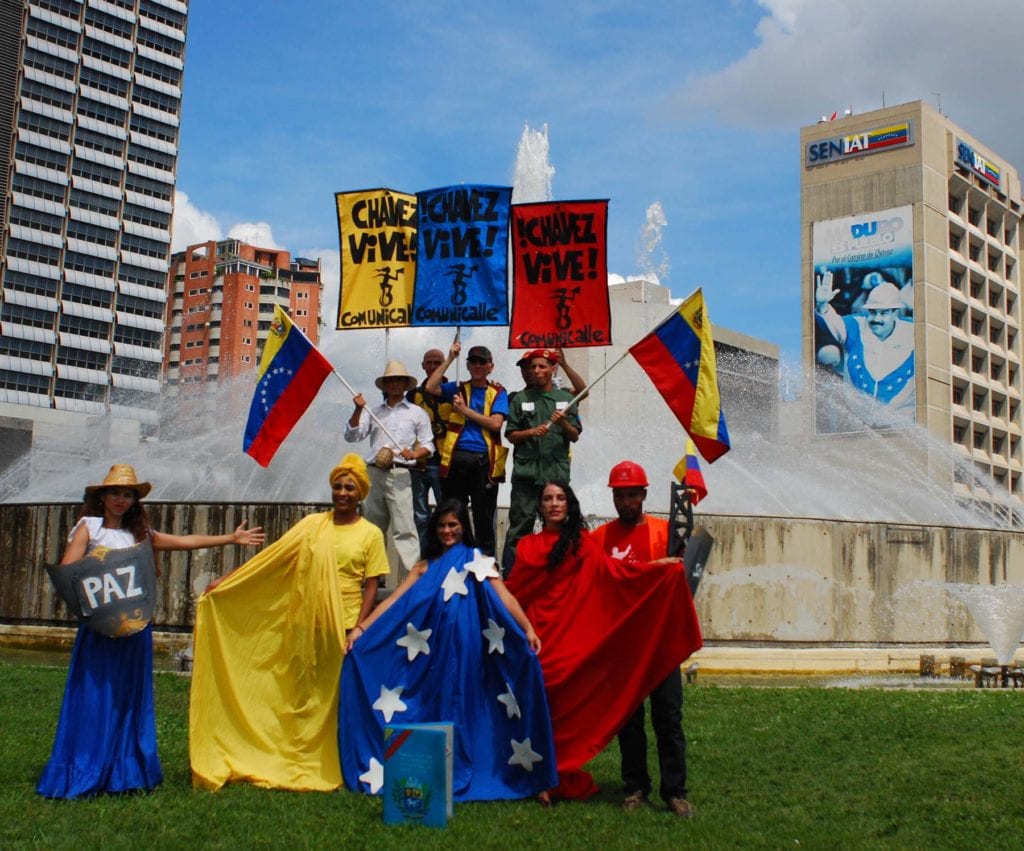 I don’t think that the malandros (criminals) feature on the list of people who love Maduro, although you might have thought so. They can no longer steal or “beg” on passenger trucks because the cash people carry on them isn’t even enough for them to buy an empanada… passenger trucks hardly even exist anymore… FAES (police death squads) are killing them or recruiting them, which must be truly confusing for them. So, I don’t think they are on this list… although you might think they might have been the ones to love Maduro the most.

There’s something interesting to note about Maduro’s fans, I mean to say, those who support him; lots of them weren’t Chavez supporters. I personally know people (and there are plenty of them within the government too) who used to say they were anti-Chavista… then they became the prodigal sons and loyal defenders of Maduro. I’ll leave them to the sociologists to study.

Then, you have the Chavistas who joined the “Revolution” when it was already well-served and a sure thing, with enough snacks at marches, new homes and money and who have stolen a lot. While they might not have the same opportunities anymore, they have this sense of guilt and a nice bank account in USD to carry on supporting the unsustainable.

Of course, there are the “people who scrape by” who like myself, have nothing more than what we have on us and we eat whatever we can get a hold of that day. Of course, many ordinary people don’t support Maduro, but unfortunately there are some people who prefer to live a miserable life and receive food coupons than work at something.

Likewise, we can’t forget the pig-headed, who don’t like anyone twisting their arm because they need a truth where there is good and evil, because otherwise life loses all sense for them. They prefer to put up with whatever Maduro throws their way because he insists on saying he belongs to the Left.

2 thoughts on “As Venezuela Sinks, Maduro Still Has His Supporters”