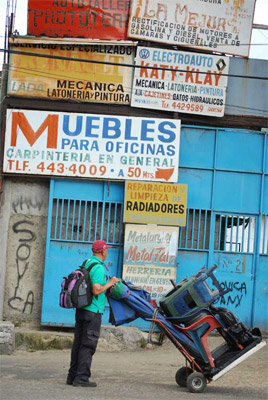 If we buy a newspaper we’re giving up 50 percent of our freedom. It was nice what they used to tell us in school, that “we have to stay informed.” Ha ha ha.

I just witnessed a shooting in the parking lot of my building.

That’s why I’m sitting down to write this.

Over the time I’ve spent in Caracas (during my first and second trips), I haven’t found newspaper headlines dedicated to the “heroes.”

The titles are only about the “victims.” 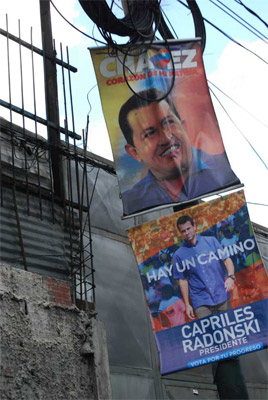 We see plenty of these, and they come with details about how someone “resisted” a robbery and was killed for it.

“Victim Killed for Trying to Resist.”

This means the streets have been taken over, so it’s better not to resist or else you’ll be killed.

But they don’t appear in the newspapers.

I don’t believe in the idea that news about blood and death sells more papers.

Up until now, the area where I live has been rather “quiet.” There are lots of dealers of whatever type of drugs one wants; including just outside my door. But somehow there has been some degree of order around here, at least so far.

These days the race for the elections has begun. I say “race” because that’s what it is, with each candidate wanting to be the first to reach the finish line. The opposition candidate Capriles promises to turn Venezuela into a safe place with his “Plan for Security for All” (involving prevention, the police, courts and prisons). 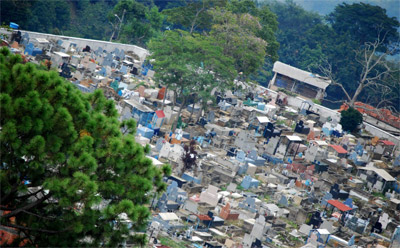 Chavez is saying — now — that his new program “Life for Every Venezuelan” will help decrease the number whereby one Venezuelan dies every 30 minutes.

I don’t know of one newspaper that isn’t serving the interests of one of those two candidates – or even both.

What about journalism in Cuba?

Who believes in journalism?

One thought on “Bullets, Media and the Venezuelan Election Campaign”