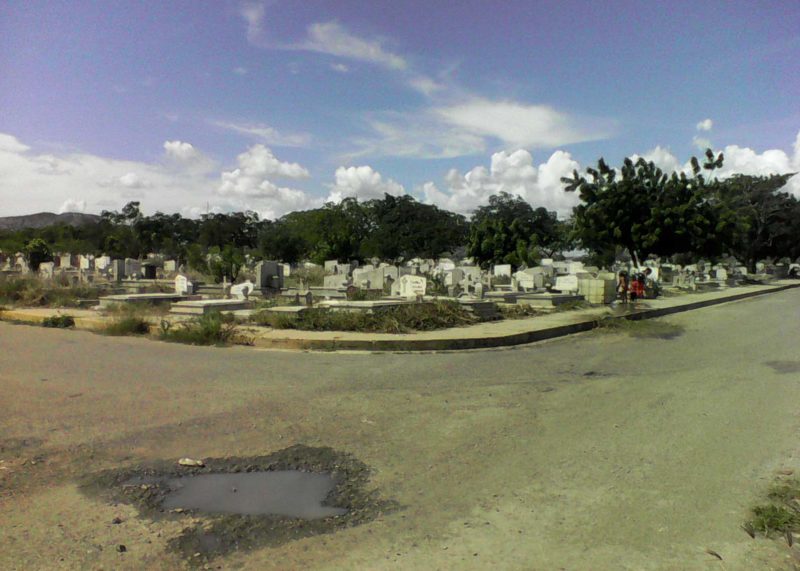 HAVANA TIMES – This is what Libia was told, over and over again, from the moment she stepped foot in the Antonio Maria Pineda Central Hospital, in Barquisimeto.

When her husband’s pain became worse, they realized that it wasn’t just a bout of indigestion and ran to the nearest clinic; night was already falling.

He was hydrated at the private clinic; they did a couple of tests and gave their diagnosis: he urgently needed surgery. They went to the hospital thinking that he would be immediately taken to the surgery room.

Libia and her husband only had a couple of relatives scattered across the country. They were both living with her mother, an old woman suffering mental illness. Her husband’s income, as an employee at the “Barrio Adentro” Health Mission, was spent on medicine for the old woman and feeding the three of them, poorly.

While they were being taken to the hospital, Libia told her husband’s work colleagues about his serious condition. Nobody answered her messages.

When they got to the hospital, there weren’t any stretchers to take him to the emergency room. There wasn’t even space in the emergency room for him. No doctors were available to see him and, of course, he couldn’t be taken into surgery like she had thought he would.

He sat down, bearing the pain until a nurse came after Libia called out for one and she was told that they had no way of putting him on a drip. But, they did tell her that she could buy them for 500,000 Bolivars (approximately 20 USD).  Libia said that she didn’t have money for that, and the nurse just said that this would hang over her conscience if she didn’t get a hold of it.

A friend came with the drip, but then the excuse was that they couldn’t connect him up outside of the Room. They managed to sit him on a bed, with another two sick people, just to hook him up. Then, they needed an order from the doctor on call.

The doctor on call didn’t show up the entire night.

The pain, of course, didn’t subside.

At dawn, a doctor appeared who ordered he be given an X-ray. Libia carried her husband as best she could, he couldn’t stand up on his own by that point. He had to do the X-ray standing up, and the technician just shouted at her to hold him up, because if she didn’t it wouldn’t come out right and it would be on her conscience. The dehydrated man in so much pain slipped between her arms.

While Libia was running around looking for something else they asked her to get, which she can’t remember now, her husband passed away.

Then, the next headache began.

Where was she going to get the money to take him out of the hospital?

A funeral service costs about 5 million Bolivars, approximately 200 USD. Cremation is only a million cheaper. Anyhow, she didn’t even have a million. They managed to collect a million between her neighbors, but it wasn’t enough.

Once again, she reached out to her husband’s work colleagues. Nothing.

Friends called acquaintances with some connections at some government institution. The idea was to get an urn so they could at least take him to the cemetery where they had a family vault. It was a Sunday. No way, government institutions aren’t open on the weekend. The only thing Libia saw she could do was to donate her husband’s body to the hospital.

A friend (another friend) who lives outside of Venezuela, found out what was happening just in time and sent the money needed to at least pay for the urn and transport to the cemetery.

Cemeteries aren’t safe places in Venezuela. You hand documents into an office, but the rest is up to you, including personal safety. We spoke to the people responsible for lowering the urn on the phone and, aside from the few hundred bolivars for their service, they also asked for several bags of sand, cement and a tin sheet to close off the vault, as the gravestones had already been stolen.

Sand and everything else came from friends too.

The driver of the funeral hearse had an appearance you would never expect to see on a driver of a funeral hearse: old, unshaven, thin and wearing shabby clothes. But, he did do us a favor, we friends accompanying Libia: he let all four of us travel by her side. We managed to squeeze in and I thought of our dead friend, looking over us all squeezed together and sweaty next to him, and he would have died again, but of laughter this time.

One thought on “Dying in a Venezuelan Hospital”