HAVANA TIMES — Back when potatoes were cheap thanks to good harvests and we had these with every meal, people in Cuba used to jokingly say that “potatoes are life savers.” I’ve already been informed that potatoes haven’t exactly been abundant on the island in recent times.

Here in Venezuela, like everything else you buy, potatoes are increasingly beyond hand’s (or pocket’s) reach.

The last time I went to a market, a kilo was being sold at 600 bolivars***. You may find it for less – or more – at other markets.

A few months ago I visited the state of Trujillo, the towns of Tuñame and Jajo, to be more precise.

There, I noticed potato harvests have diminished considerably. The reason? The government only delivered half of the seeds that farmers needed. Another reason is the high price of fertilizers. Many farmers have opted to grow strawberries, which prove more profitable. Lastly, we have another, more than publicized issue: criminals have taken control of the state of Trujillo.

What this means is that those who work the land, grow crops and transport the produce are threatened into paying fixed quotas to armed men, so that these will protect them from other armed men, or quite simply allow them to travel down the road safely.

Given this situation, it comes as no surprise that the price of potatoes – and all other greens and root vegetables – should now be astronomical. Also, the government isn’t seriously incentivizing farming and there’s a long list of complaints regarding its Agro Patria agricultural program. 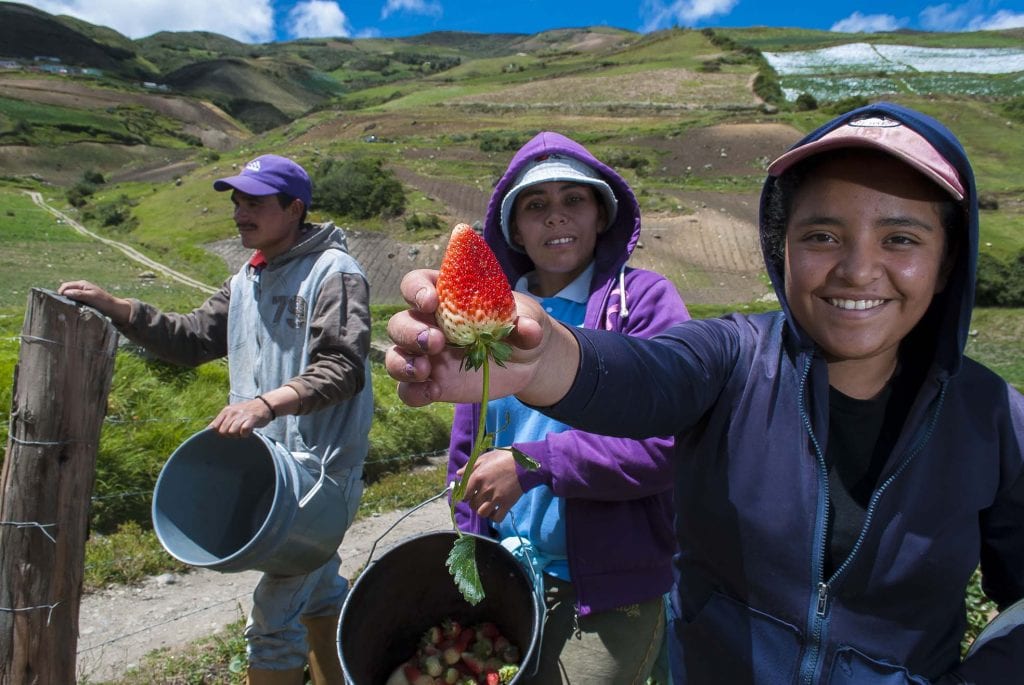 Venezuela imports over 70% of the food it consumes. Now that the price of oil is down in the dumps and more than 24 billion dollars have been swallowed up by the portfolios of who knows how many ministers and government officials, it will be long before the general public can access food and other essential products with a modicum of dignity.

(***) The value of the US dollar in Venezuela: There are numerous different exchange rates.
Cencoex: 6.30 Bs
SICAD (for travelers): 12.80 Bs
SIMADI: 198.29 Bs
Parallel: 700 Bs
The government insists that food and medication are sold at the Cencoex exchange rate of 6.3 bolivars per dollar.
Minimum wage is around 7.000 Bs a month.
At this exchange rate, the kilo of potatoes is sold at around 90 US dollars

14 thoughts on “Venezuela’s Crisis Is No Small Potatoes”