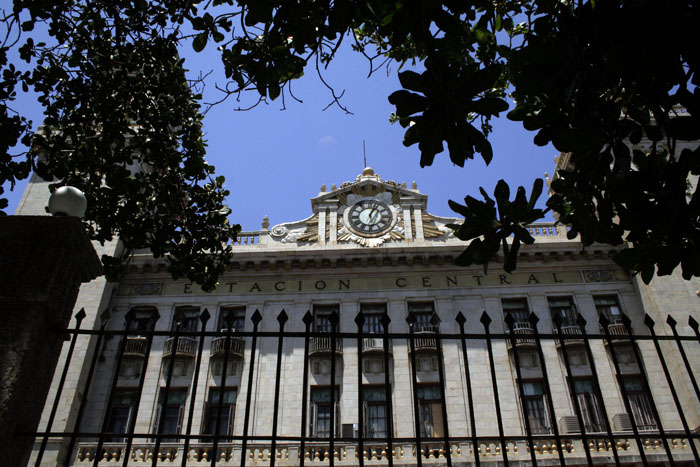 HAVANA TIMES, May 24 — Cuba became the first country in Latin America to have a railroad when on November 19, 1837 the first 17-mile line of tracts was inaugurated running from Havana to Bejucal.

Prior to Cuba, only six countries in the world possessed that means of transportation: England, the United States, France, Germany, Belgium and Russia.

Two years later, that iron pathway expanded 11 more miles to reach the town of Guines. Gradually more tracks were added and 15 years after the inauguration, over 60 miles of railroad lines in Cuba was celebrated.

The railroad continued to expand island-wide with numerous train stations of subdued beauty constructed. Though some of these have suffered the effects of time and deferred maintenance, others continue to constitute true architectural monuments, ones like the central station in Havana.

Currently, the Cuban railroad company operates over 2,600 miles of rail stretching from Guane (in the western province of Pinar del Rio) to Guantanamo (on the far east of the island). Numerous branches also project out from the center to the principal cities in the north and south.

The locomotives and passenger cars have been undergoing modernization and the old steam engines now constitute museum pieces because they’ve been replaced by powerful and modern diesel-fueled locomotives.

The Cuban railroad system is now involved in a process of major repairs because it had deteriorated considerably over the past couple of decades following the disappearance of the European socialist camp, with which Cuba had maintained almost all of its trade.

Likewise, the system has been negatively affected by the economic, commercial and financial blockade that the United States government has maintained against the island for more than 50 years.

3 thoughts on “A Look at Cuba’s Railroad System”