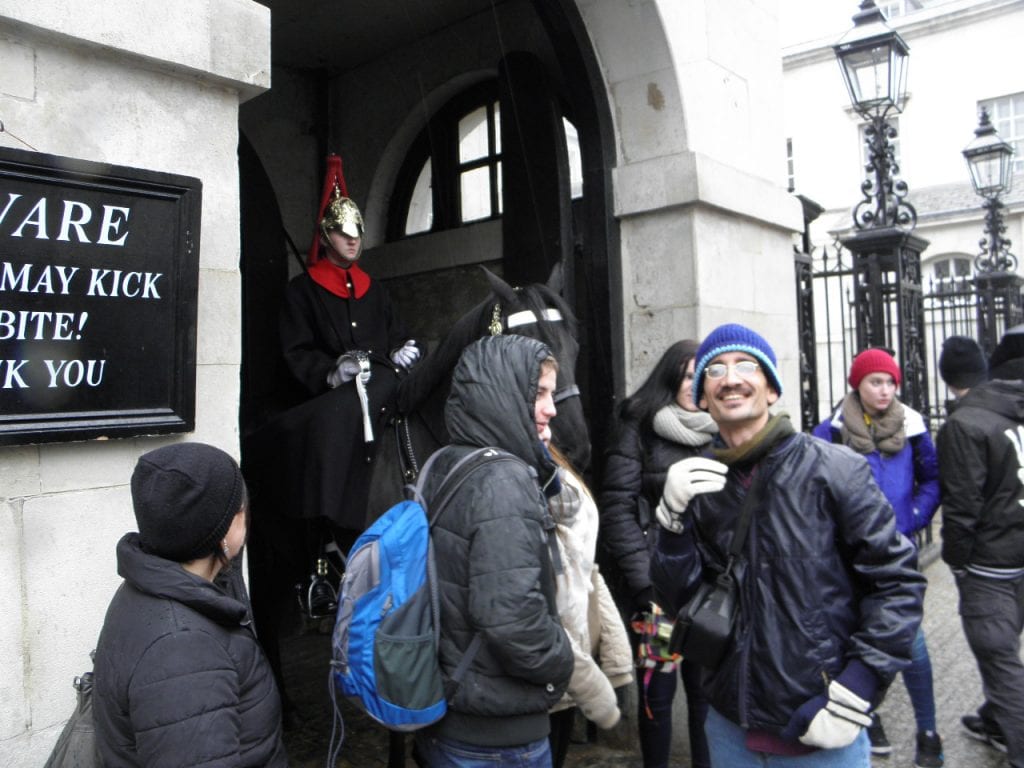 HAVANA TIMES — As I mentioned in my previous post, Panama was a mere, one-night stopover, in a trip aimed at providing us with a training course in England. Our kind hosts checked us in for our next flight over the Internet and dropped us off at the airport the following day. There, we were to catch a flight with Iberia towards legendary Albion, after making another, briefer stopover in Madrid.

If I had referred to Copa Airlines planes as “eagles” before, they suddenly seemed like tiny doves compared to Iberia’s four-engined plane. I will return to this later. My seat was quite far from the doctor’s seat and the check-in assistant at the airport informed us that, if we wanted to be seated together, we had to pay a considerable sum. That, or hope the passengers next to us were good Samaritans and didn’t mind the switch. Though we’re not a couple, a passenger next to the doctor assumed we were, took pity on us and agreed to switch seats with me.

The airliner drove down the runways, picked up speed and took off, unhesitatingly, towards the north, which was the direction it had to fly in. In a few minutes, we were over the open Atlantic.

I, who hadn’t boarded one of these babies in a long time, turned immediately to the new toy in front of me: the small screen on the back of the seat in front of me. I sunk several of the computer’s fleets in the navy game available. It wasn’t a question of achieving perfection, so that, every time I was sunk, I lowered the difficulty level. I also took advantage of the fact I’m one of those people who don’t watch a lot of television or many films, that any collection of films that aren’t so recent is new to one.

The thing that displeased me about the flight the most was something of a trick the crew played on us, demonstrating there are sneaky people everywhere, not only in Cuba. They took advantage of the strong winds and sped up the plane to reduce the flight time. The captain had announced one meal and two snacks for the flight, but, in the end, because of the shorter flight time, they didn’t give us one of them. 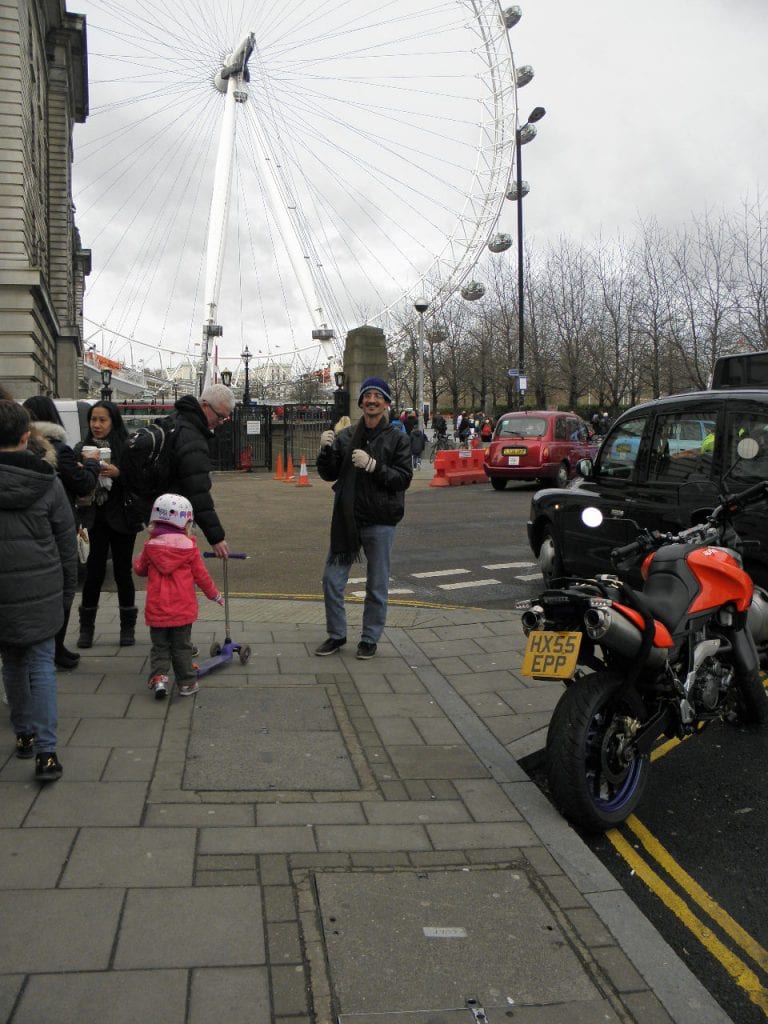 When we arrived in Barajas, Madrid, we found that the Spaniards went out of their way to ensure that those of us who had British – not Schengen – visas didn’t make any mistakes. We walked a whole lot more than in Panama, which is saying a lot. In fact, we went through the same control point twice, where we were asked to take off our coats, had our bags checked and our shoes inspected.

We could have taken two sample chocolates from a store that offered these to passersby, but the doctor didn’t let me. Later, an airport shuttle picked us up at a gate, went into an extremely long tunnel, came out at the other end, went back over the tunnel, almost reaching the point of departure and then went back down the same way, this time on the second level, but in a different direction. Finally, it dropped us off where our last plane was departing from, which was headed where the invincible fleet hadn’t arrived.

In this last stretch of the journey, I discovered that the map of the brochure handed out by the airline wasn’t too reliable, that one shouldn’t get too enthused about the English villages one sees below, because none is London, and the plane flies over a fair distance, at a low altitude, before descending towards Heathrow. If Copa’s planes paled in comparison to Iberia’s, the British Airways one were truly huge animals.

We were picked up at the airport once more. Now I can confirm the fact that English cars have the wheel on the other side and drive down the opposite lane. Exhausted, we were dropped off at the hotel where we’d spend the next few days and finally had a decent meal on a proper table, able to relax and get some rest in our rooms.

During our stay in England, I had some experiences, experiences I could of course share, but, in a sense, they seem like far too few. That’s so, I thought, because it’s one of those places where everything or nearly everything works well. As it turns out, the English have been learning to cook, unless my suspicion that the good dishes were ordered from France, or something like that, over the Internet. At least, it is quite suggestive that on days when the hotel’s Wi-Fi services were down, the waiters at the hotel restaurant took longer to serve us.

The course we went to was highly rewarding and interesting, from the point of view of professional training. We had the occasional tour around the town of Crawley, including the obligatory buying of souvenirs and the like. There was even time to go to London, the weekend in the middle, and to take some pictures of some key sites. I had a good laugh seeing horses in coats, like the ones they put on dogs in Havana when the temperature “drops” to 20 degrees. There, it was never above 7. I was also able to see that places like Alamar are to be found everywhere, though, in these countries, they seem to have more style. 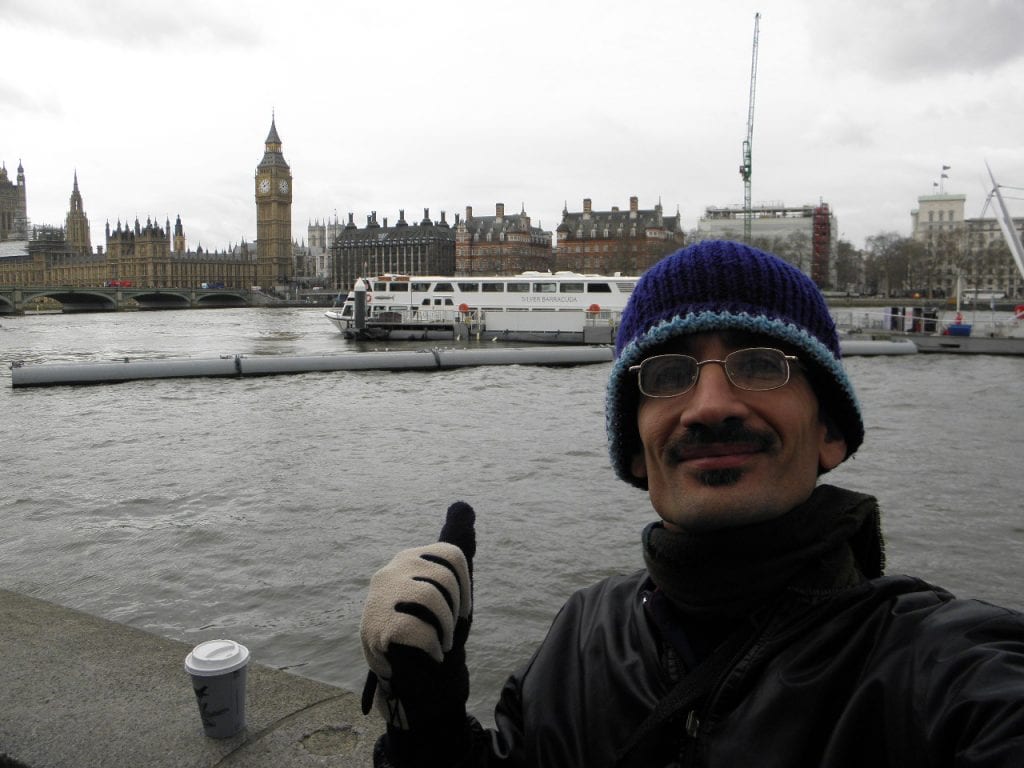 The city had a charming kind of opulence, with flashes of beggars. I didn’t have time to explore it more in depth. I won’t let anyone say bad things anymore about Havana’s Almendares River, because the Thames is a bit of flowing dirt, or, at least, the grayness of the sky made it look that way. On a bridge next to the House of Parliament, people wearing mantles played the bottle cap game and drew in the witless, in great numbers.

I guess this isn’t too different from those betting locales with tons of television sets that broadcast different sporting events and allow users to make bets right there and then. It was impressive to see, in some of these places, members of the security forces carrying huge rifles, those that look like something out of a science fiction film, standing next to the people.

My last-day escapade in London made my doctor friend a bit nervous, but I had to see my Trotskyist friends from the International Workers Committee. They were very happy about my trip and had set aside so many books for me I would have needed another suitcase to carry them. Incidentally, this suitcase was the last to come out of the conveyor belt at the Jose Marti Airport, back in Havana. I hope that, if some were curious about its contents, that they found something rewarding in those texts and were left with enough curiosity to look for copies for themselves.

Back in Havana, my boss is happy to see I’ve returned. I am happy to see my family again, at home, and to have the optimism and energy to face the future.

One thought on “A Traveling Cuban Returns Home (II)”