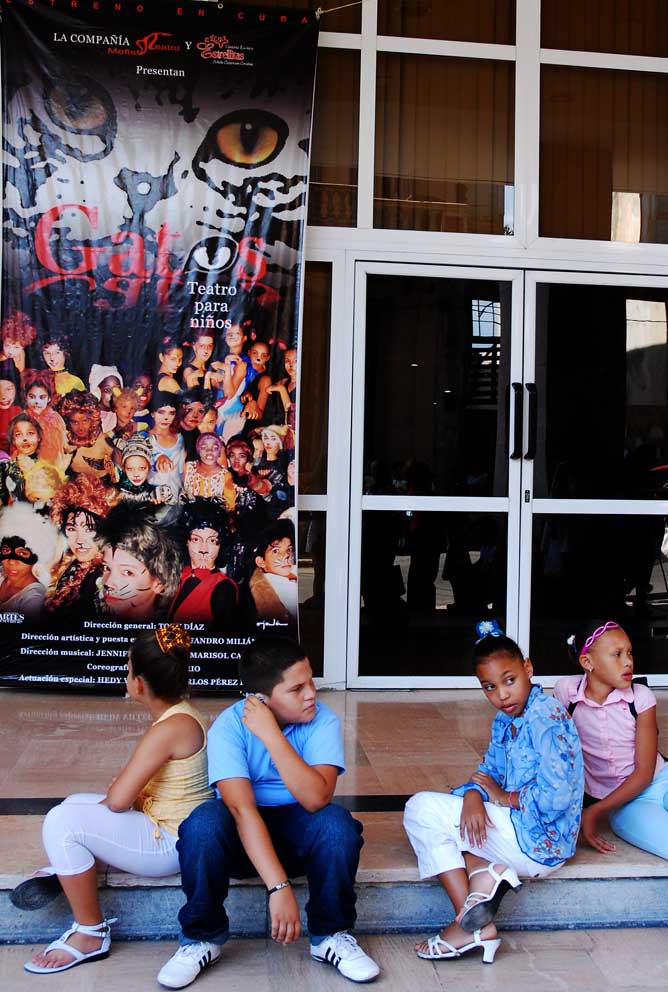 HAVANA TIMES, April 20 — Something unusual happened on a Cuban roof: a gathering of cats of the Jellicle tribe. The king, “an excellent philosopher and good at rhyming,” once a year chooses the feline who will go to the “astronomical Eden” and receive seven lives.

In a setting of TV antennas, stars, the moon, and multicolored water tanks — far from the conventional trash cans that generally serve as the backdrop of Broadway musicals — the members of the Coro Escenico Estrellitas theater company (directed by Jennifer Almeida, who was also in charge of the musical direction work, along with Marisol Cao) and the group Mefisto Teatro collaborated to perform a Havana staging of Cats.

This was a children’s version adapted by Alejandro Milian from of the musical Cats, which itself is based on Old Possum’s Book of Practical Cats, by T.S. Elliot – performed for the first time in London in 1981 (where it was presented 8,494 times).

Before an audience made up mostly of children (though including accompanying adults) the cats sang, danced and acted, demonstrating that a classic work conceived for adults can be turned into a pleasant time for the very youngest, and as much as for the kids who act as for those who enjoy their performances.

At the beginning (like in the world off the stage) there are struggles to be the one chosen. Some feel superior, like rock stars; while others display abilities to cheat (like the unique duo of Mungojerrie and Rompeltreazer, “a fraternal team consisting of the female cat Barcina and a Siamese male.” 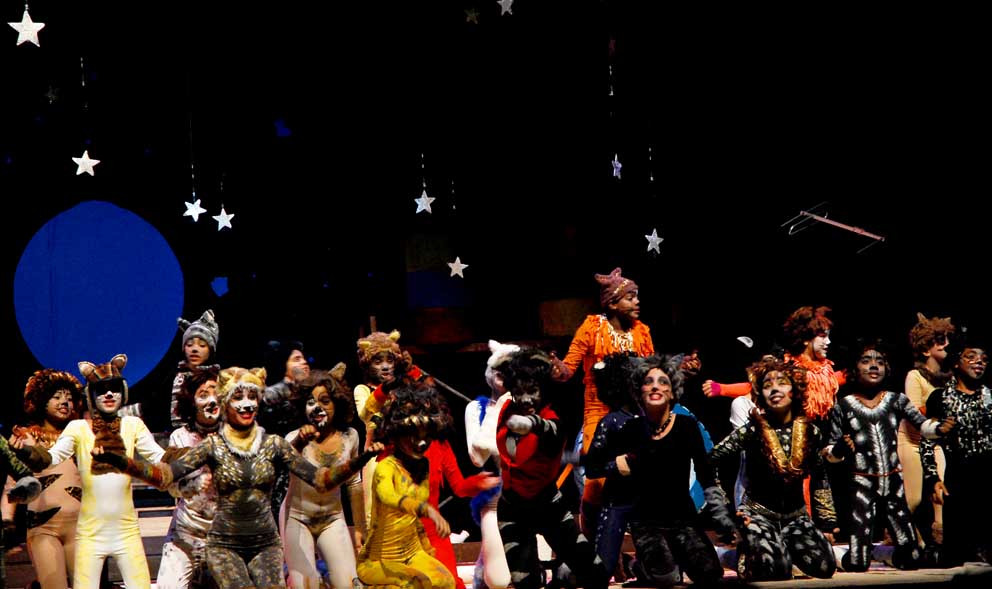 One feline thinks it’s prettier. Another provokes jeers; old, abandoned in its loneliness, one hears its sadness in the most well-known song of the musical: “Memory,” which recalls a bygone time when it was young and beautiful. We also get to meet the cat from the train, the white kitten and the Mirringo trio.

The king is abducted by Macavity, a wicked cat who everyone fears. But later he’s brought back by the magician Mistoffolees, who along with handkerchiefs pulls a pair of underpants out of his sleeve or hat… When concluding, the cats unite and celebrate Grizabella, who has been the one chosen to be reborn.

Jazz, ballads, rock, classical ballet and meows spontaneously mixed with antennas and stars, those of nighttime on the roof and with the members of the stage choir.

This isn’t the first time that Jennifer and Alejandro have worked together. Previously they presented Un concierto para Blancanieves (A concert for Snow White), demonstrating the aptitude of children to understand more complicated works and their capacity to infuse those with freshness and innocence.

The performances of Cats, at the CTC Theater on April 9 and 10, were hailed without distinction of age by children and adults alike, who all scurried among the applauses to grab one of the balloons that were released into the audience.

3 thoughts on “Among Cats and Stars”