Nicaragua woke up excited with news of freedom for more than 50 political prisoners under Ortega’s self-amnesty law.

HAVANA TIMES – Without being able to believe the news, Nicaragua woke up this morning to confirmation of the release of dozens of political prisoners that the government of Daniel Ortega and Rosario Murillo had maintained incarcerated.

This time, the released group includes leaders of the civic protest and emblematic faces of the April Rebellion which broke out in 2018. These well-known figures were imprisoned by the dictatorship under the fabricated crimes of terrorism, organized crime, and even alleged murder.

Peasant leaders, university and civic protest leaders, ex-military men and journalists Miguel Mora and Lucia Pineda Ubau were transported home early in the morning in vehicles of the Penitentiary System. As of 8:30 Tuesday morning, some of those released were still heading home.

With broad smiles, tears of emotion and open arms, family and friends welcomed the political prisoners as they arrived at their homes. With their fists raised, waving flags and singing the National Anthem, those released celebrated their freedom, some after more than 380 days in prison.

The Ortega government carried out the liberation under its controversial Amnesty Law, passed on June 9th by the Sandinista Party majority in the National Assembly.

Among those released are also the peasant leaders Medardo Mairena, Pedro Mena and Orlando Icabalceta, whom one of Ortega’s judges had sentenced to 216, 210 and 159 years respectively in prison. 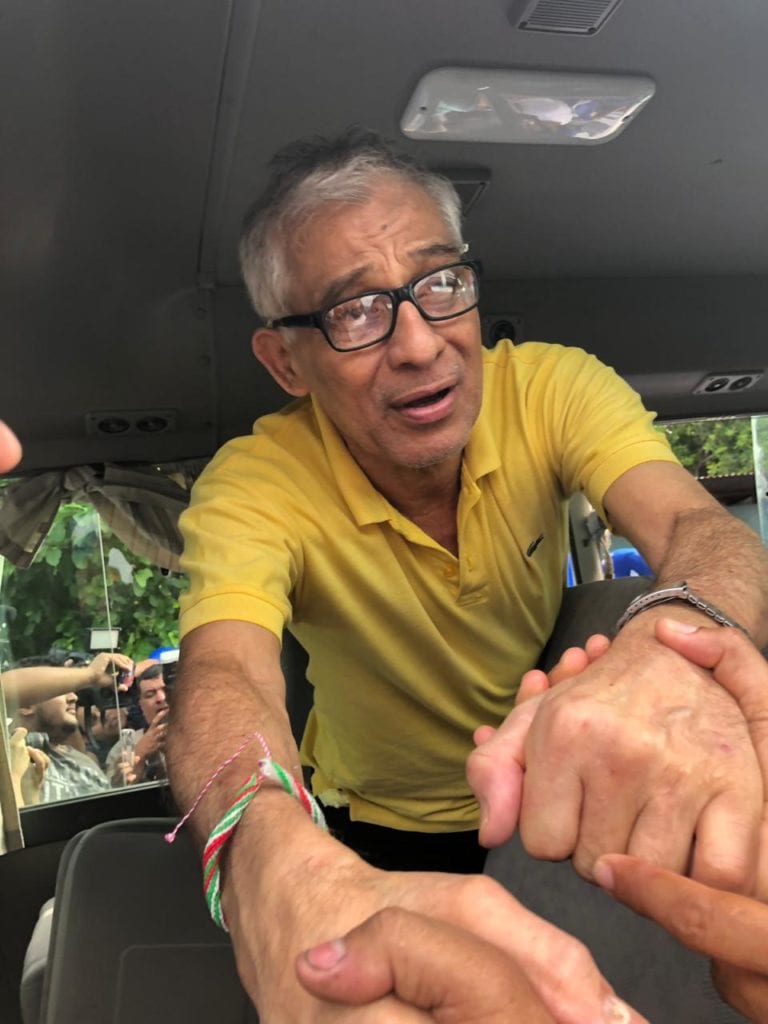 The prisoner releases were made by the National Penitentiary System, under the observation of members of the International Committee of the Red Cross (ICRC).

While being transported on an ICRC minibus, the jubilant ex-prisoners shouted “Nicaragua, Nicaragua”, while holding their hands up in victory, waving national flags and singing the notes of the national anthem, according to images circulating widely on social networks. 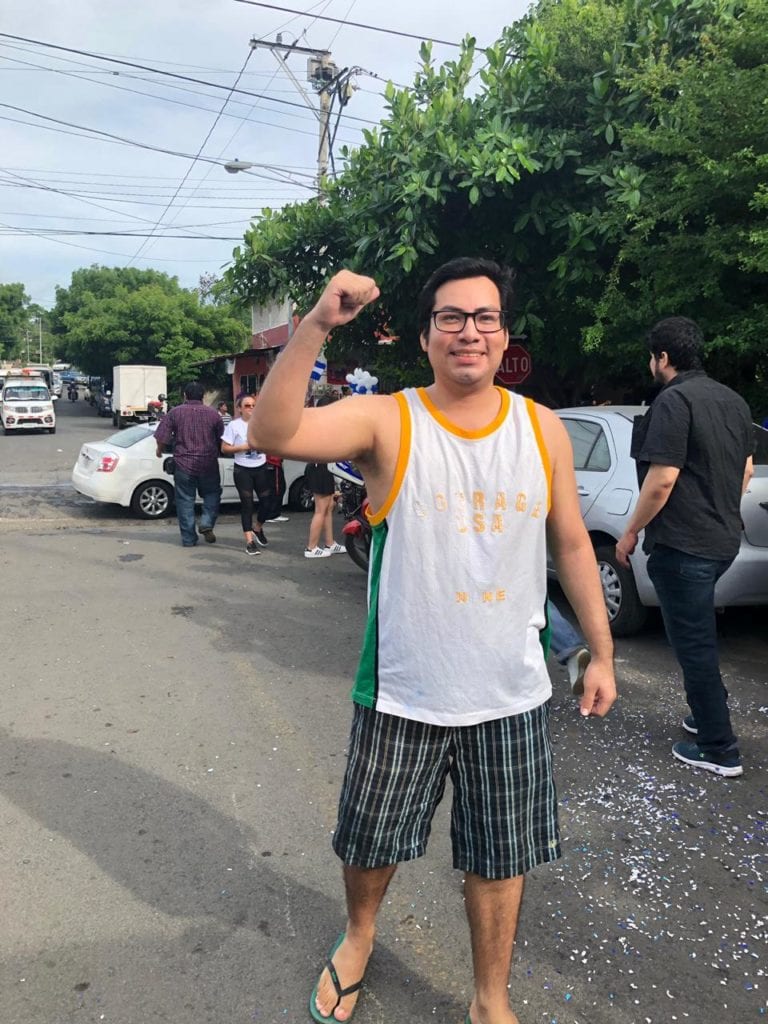 Journalist Lucia Pineda jumped with joy when she was greeted by friends, and shouted, “We’re free!” and “Glory to God”, while other liberated prisoners shouted “Viva Nicaragua libre” [“Long live a free Nicaragua”] and waved the Nicaraguan flag. 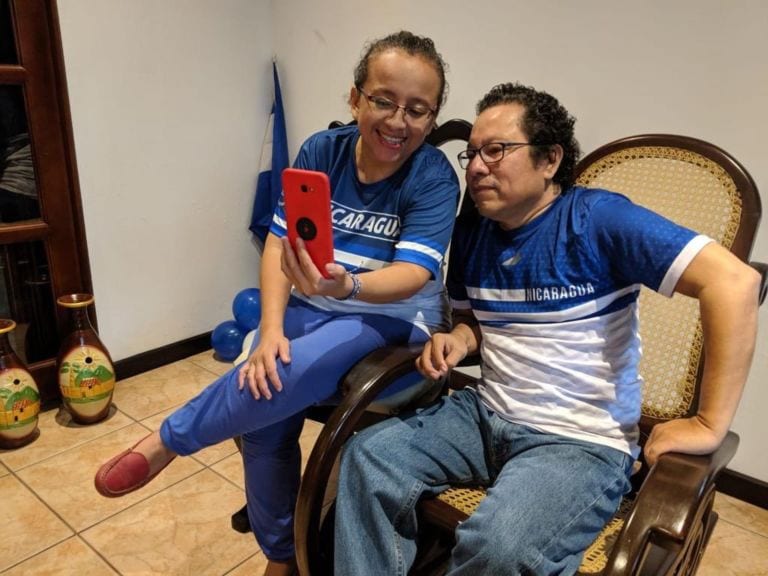 “A free homeland to live in”, and “Justice, Justice”, were among other slogans proclaimed by those liberated, amid hugs and an atmosphere of great emotion.

The Ministry of the Interior issued a statement setting the number of released anti-government protesters at 56 (see the list below).  The number of political prisoners still behind bars or missing, estimated at over 80, will be forthcoming from opposition sources.

On Monday, an additional 50 political prisoners were released. The Ministry of Interior said they had been detained “for crimes against common security and public tranquility.” 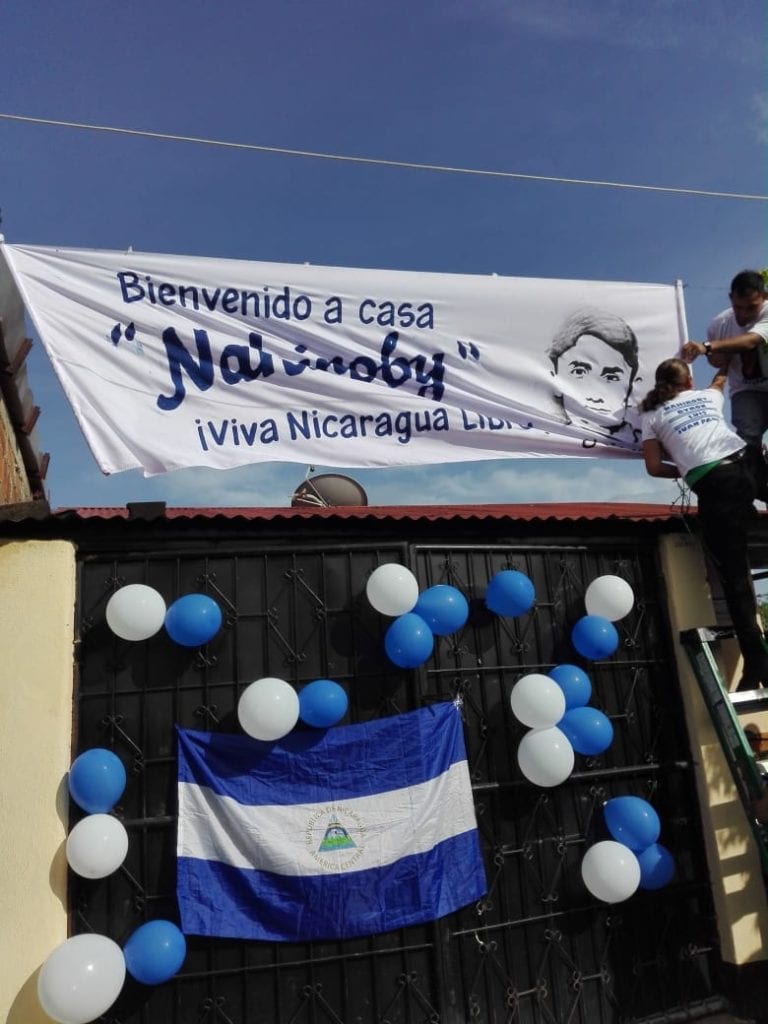 The Nicaraguan Parliament, controlled by the ruling party, approved on Saturday, an emergency law that grants “broad amnesty to all persons who have participated in the events that occurred throughout the national territory from April 18, 2018, to date”.

The initiative has been rejected by the Nicaraguan opposition under the argument that it doesn’t offer justice to the family members of those killed by the police or paramilitary during the protests against the government that began in 2018 with unpopular reforms to social security. 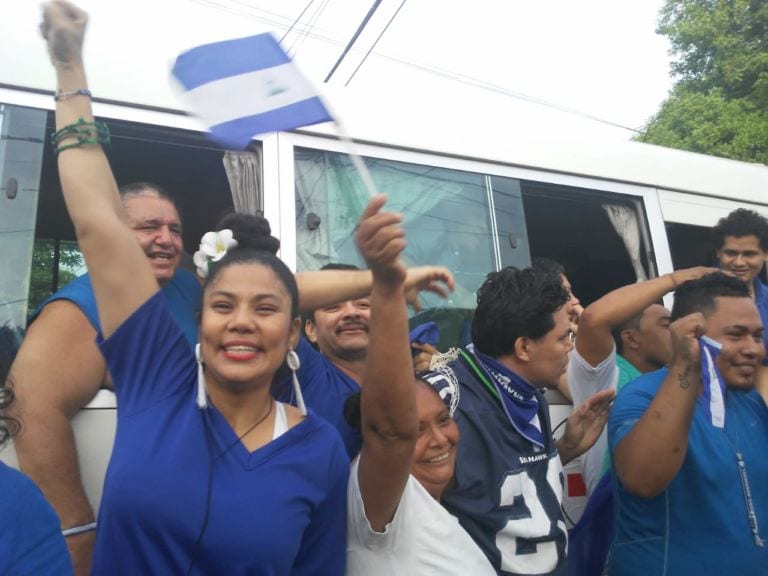 They also reject the fact that the Amnesty Law is based on the notion that anti-government demonstrations were engaged in an attempted coup against the president.

According to the opposition, with this amnesty, the Executive is trying to prevent legal charges against “its people”, specifically the National Police and the armed civilians (paramilitaries) who lifted the blockades on the roads that the opposition had installed between May and July of last year to put pressure on the government.

The following is the list of the 56 political prisoners released on Tuesday, June 11, 2019