HAVANA TIMES — In December 2015, the Cuban government closed a deal with the Paris Club and managed to get 14 governments to forgive 8.5 of the 11.1 billion USD foreign debts to those member countries.

Repayments have been structured over 18 years to return the outstanding $2.6 billion USD debt. The first payment of about $40 million was made in October 2016. Meanwhile, the payment agreement considers waiving interest payments until 2020 and a 1.5% interest rate from that year until the debt has been repaid in full.

According to the agreement with the Paris Club, the group’s 14 member states had a year to sign restructuring pacts which can include creating local accounts where a percentage of the money due will go towards development projects.

The four main creditor countries – Spain, France, Italy and Japan – have all signed agreements, as well as Australia, Austria, Belgium, Denmark, the United Kingdom, the Netherlands, Sweden, Switzerland and Finland.

Forgiven but not forgotten

Before the agreement was reached with the Paris Club creditors, the Cuban government has been successfully restructuring its foreign commercial debt with Japan, Russia, China and Uruguay over the last four years, managing to reduce it substantially by 81.6% of the total amount due.

It’s important to highlight the fact that waiver agreements of Cuba’s foreign debt don’t include its debt with private creditors and countries such as Venezuela and Brazil, where in 2010, its debt was estimated to be $11.3367 billion with the former and 350 million USD with the latter. In Brazil’s case, you have to add the almost $700 million loan that it gave the Cuban government to build the port and infrastructure at the Mariel special development zone (ZEDM).

What has Cuba really paid?

In an article published in El Nuevo Herald newspaper with the heading “Cuba paid over $5 billion dollars of its foreign debt in 2016,” it was claimed that the Cuban government paid 5.299 billion to the creditors of its foreign debt in 2016.  Such a claim takes an article written by Cuba’s former Economy minister Jose Luis Rodriguez as its source, which was published on January 27th, where he states: “Last year, Cuba planned to pay $5.299 billion , a figure – which according to information given at the legislature – was met, even though it couldn’t pay a part of its short-term trade credit.”

Rodriguez also referred to the drop in national GDP last year by 0.9% and the delivery of Venezuelan oil supplies.

“… At least two factors are key to understanding the direct causes of economic decline in 2016. Firstly, everything seems to indicate that there was a significant decrease in Venezuelan oil supply in the last 6 months of the year. In fact, a 20% decrease had already been calculated at the end of the first semester, when 80,000 oil barrels were being delivered daily. However, during the second semester, available estimates revealed a cutback in supplies to the point where only 55,000 oil barrels were being sent per day,” explained the former minister.

The columnist also cites “international information” to attest to the fact that Cuba has managed to balance out energy supplies by buying from other markets, but on different financial terms to the arrangement it has with Venezuela, such as the purchase of 515,000 crude oil barrels in Argelia, last September.

With regard to the oil supply issue, Rodriguez failed to add the detail of just how much prices fell on the international market. In 2013, the average price of oil was $108.60 per barrel which then plummeted in the following years until it reached the lowest average rate in 2016, at $42.62, a 66.06 dollar/barrel drop in the last three years.

The combination of oil prices falling and cutbacks in oil supply has meant that Cuba lost out on an income worth $4.18 billion in 2016.

We must also add the decrease in nickel and sugar exports to this deficit, as well as a drop in national crude production and that of gas, which are used to create energy. In such a way, that Cuban has had to make additional payments to buy oil from third party countries at global prices and without subsidies.

Meanwhile, the fact that the Cuban government hasn’t issued any official information about the Central Bank’s reserves, and therefore its real worth is a great mystery, must also be pointed out. However, you can find an estimate of what Cuba has in deposits at other banks, which is published by the International Payment Bank, in Basel.

There are two factors which might be the root cause for this decline in international reserves. First of all, using these deposits to pay off some of its debt to some of the most important creditors, and secondly, paying for food items amidst a boom in prices on the global market and failing to meet national production targets. The government was forced to use a part of these financial resources to import food and prevent a crisis.

Therefore, within this context, the Cuban government had to meet its regular annual payments to suppliers of raw materials, food, medicine and industrial products, equipment, tourism related products and a long list of hundreds of other products, as well as adding its first foreign debt repayment to the Paris Club and other creditors so as to materialize commitments made in the debt restructuring agreements.

Every year, the Cuban government plans a budget to pay regular suppliers. In 2016, the planned amount was $5.299 billion, a figure which included the first $145 million payment to the Paris Club creditors, and probably $300 million more, to the rest of its creditors.

After waivers, the Cuban debt now stands at $9.4661 billion, including the Paris Club’s $2.6 billion.

However, it is highly unlikely that Cuba had made such a large foreign debt repayment, if we take into account the financial hardship that the country ran into in 2016 and the start of this present year, with a recession heading on its way to becoming worse, a history of the decrease in reserves, the drop in oil supplies, and rock bottom levels of sugar and nickel exports.

Therefore, Cuba having paid 5.299 billion USD of its foreign debt last year makes no sense or is even possible, as affirmed by Rodriguez’ statement which is repeated in the El Nuevo Herald article. Firstly, because the Cuban government doesn’t have this kind of money to disburse. Secondly, it doesn’t make sense to pay back this sum of money, which is nearly 50% of the negotiated debt – even in the hypothetical case that Cuba had the money -, when there is a 18 year timeframe to pay back this amount, where they could have taken advantage of the situation to invest in the economy’s strategic sectors.

If the statistics in Cuba’s balance of payment from 1959 until 2016 were analyzed, it has been negative year after year. Therefore, the country has never been able to save in nearly 60 years, and therefore it isn’t possible for this sum of money to be repaid when this money doesn’t simply exist. 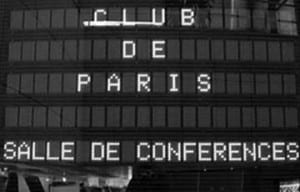 The truth is, what happened in 2016, was a payment to a large group of suppliers from the current account, adding to its first payment commitments with the Paris Club for a sum estimated at $145 million, and maybe another similar amount of money or even the $300 million which are due to the rest of its creditors which don’t belong to the Paris Club.

Even though the Cuban government was unable to meet its payment commitments with several of its short-term regular suppliers, it did strategically prioritize its first foreign debt repayments instead. Especially because of the strategic value revealing their willingness and commitment to repay has in the face of inserting Cuba into the international financial circuit.

However, these efforts are not very effective when we’re dealing with building a 21st century economy with out-dated 20th century infrastructure and a 19th century strategic mentality.

The most practical way forward for Cuba is to really open up its economy to the free market, free its productive forces and to really open up, regardless of what Donald Trump’s administration does or does not do with regard to his politics towards the island.

Otherwise, the commitments agreed to pay off its foreign debt will be very difficult to meet.
—–

(*) Cuban economist. Former leader of Marketing at the CIMEX corporation and author of the books Cuba: ¿tránsito silencioso al capitalismo? and Marketing without Advertising, Brand Preference and Consumer Choice in Cuba. He is the president of The Havana Consulting Group , in Miami.

12 thoughts on “Can Cuba Meet its Foreign Debt Repayments?”