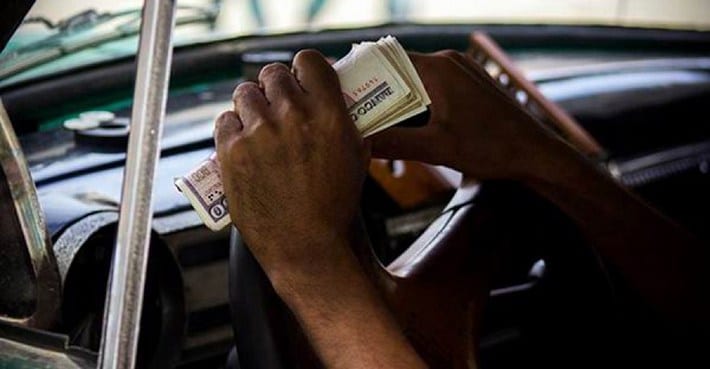 HAVANA TIMES – Putting a bell on a cat isn’t the truly difficult thing about it, not at all in fact. The foreseeable difficulty is maybe when you decide that you want to take it off for some reason or another, because of something unexpected.

Let’s start by taking a look at the legislation that was passed in July, as an experiment for private transport in the Cuban capital. Not public transport mind you, which is also desperately crying out for the State to intervene and do something.

In Resolution No. 165 issued by the Transport Ministry, which came into effect just a month ago, several options for taxis in Havana are defined: taxis for pre-established routes and free circulation taxis, but these can’t drive along the main roads where most people are.

It also outlines regulations about tax rates, the minimum amount of fuel that they need to consume; as well as some benefits, such as being able to purchase fuel at preferential prices and the opportunity to access the State’s spare parts market. Nothing has been said about the rights of workers who sign up to this experiment, yet.

Just a few weeks ago, a taxi driver told me about his experience at the bank when he went to open up a bank account because this is now a requirement for everyone who decides to take part in this experiment:

“I don’t know what is going to happen on December 7th,” blurted out the teller in alarm, who was serving him, referring to the deadline for taxi drivers to complete all of the legal redtape they need. “Five-hundred taxi drivers should be coming to this branch to do the same thing, and you are only number 41.”

The bank teller doesn’t know anything, taxi drivers don’t know anything, and anyone who wants to catch a taxi in Havana, well they know much less. While buses, which is a form of public transport that the State is completely responsible for, continue to collapse in ruin in the capital, the landscape is grey with dots of green.

At the moment, the only thing we have are questions. And there are so many questions that pages could be filled with them.

During a press conference back on July 12th, Marta Oramas, the vice-minister of Transport, stated that drivers who decided to sign up for the pre-established route option would have access to fuel at a better price, in national pesos (by the way, these prices don’t vary much from those on the black market, so instead of competing, it is just legitimized it) and also added that they foresaw the opportunity for drivers to be able to buy spare parts from the State’s wholesale market, depending on availability.

Notice how the last statement is something they foresee in the future, but a very distant future… “foresee… opportunity… could be able to…,” even though the experiment has already kicked off. The official also spoke about a “wholesale market” which is something the self-employed have been demanding and dreaming about for a long time (and maybe every other Cuban consumer too as they find store shelves becoming increasingly empty), and still doesn’t exist. To put the icing on the cake, she finishes by adding an exception, that this would only be an option if the State had “availability”.

It might seem like a joke, but the serious thing is that it isn’t at all. If the State hasn’t been able to keep its own vehicle fleet up and running, how will it have parts available for these taxi drivers, most of whom are working with 20th century cars that need some kind of repair every week? Nothing has been said about this either, by the way.

If this doesn’t seem like very much (or too much, depending on how you want to look at things), the vice-minister also spoke about “developing a plan to set up a network of garages which these private drivers will be able to have access to, in a timely and organized manner, depending on the service they need.”

Promising so many things isn’t good, especially when these promises are subject to so many exceptions such as the “timely” and “organized manner” that we know all so well. It’s more of the same old, which almost always ends up with us having less of what we really need.

Let me put it simply: they are trying to reduce or at least adjust private taxi drivers’ earnings with this restructuring via speculation, as they best see fit. While it’s true that their rates are abusive, that’s just how the supply and demand market works. More laws could lead to some taxis disappearing, but it won’t drive down prices because demand is like a dinosaur, it’ll still be there. Better public transport, more buses on our city’s roads, this is what will force taxi drivers to rethink their game. While that isn’t an option, we have to do with what we have.

Right now, the experiment sounds like too many sticks and not enough carrots to achieve the impossible of getting taxi drivers on the straight and narrow. In the long-run, it’s expected that they will continue to charge what they want, while people don’t have any other choice but to catch taxis to get to their destination (I’m talking about people who are able to pay for them, of course, and not the ones I see hanging off of urban bus doors), unless they put an undercover policeman or inspector in every taxi. 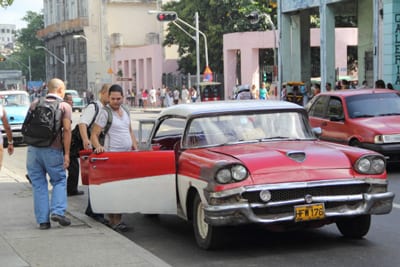 And I’ve only spoken about taxi drivers who are signing up to drive routes, because those who have decided to sign up as “free circulation taxis”, well they’re being forced to dance with the ugliest person in the room, if they insist on dancing that is. They won’t benefit from preferential prices when they buy fuel, they have the biggest and inconceivable challenge to overcome when they want to choose what streets to go down, because they won’t be able to interfere or pick up anyone on roads approved for routes.

It’s just about telling them (diplomatically of course, no one is denying that) that they don’t even try, because in principle, if they abide by the resolution, the city’s main streets will be excluded from their itineraries because these are meant for route taxis. Where the hell are these so-called “free taxis” supposed to drive then? What freedom will they have to work and make a living, if they are forced to drive down secondary alleyways that only old people cross, who are tired from standing in line at the pharmacy or the doctor’s office?

No administrative measure (unless it’s enforced at gunpoint) will resolve anything while common sense isn’t used.

The whole point of the so-called reorganization is that taxi services become reasonable, more than anything else. And even more importantly yet, that it isn’t the Cuban people who have to pay for broken plates when they don’t have any way to move around the city because there are less and less taxi drivers on our streets or they refuse to drive longer routes.

Far from solving problems, far-fetched laws only manage to do the exact opposite of what they intend to do: leading to greater chaos, greater corruption, greater inconvenience.

One thought on “Collective Taxis in Havana, One More Poorly Desiged Plan”