HAVANA TIMES – Every year, the U.S. Department of State publishes a list of “countries that promote terrorism” that serves as a basis for Washington’s policy toward them. The list includes a set of sanctions established by Congress.

Many are the questions that arise from this practice. In the first place, the very concept of “terrorism” has yet to be defined by the international organizations of justice and the United Nations, due to the political manipulation to which it is subjected.

In other words, the U.S. government describes as “terrorist” whoever it sees fit and omits others who might deserve the description but whose inclusion is inconvenient. For example, Afghanistan was invaded in 2002 at the start of the “world war against terrorism,” yet it doesn’t appear on the list.

Many believe that the United States itself could be on the list, if the list were made up with rigor and fairness. In sum, more than a moral condemnation, the list of countries that promote terrorism is a boast of unilateral power, whose true importance is to announce where the shots are coming from. 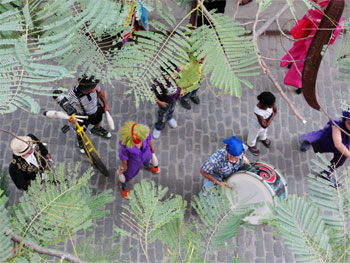 Cuba has been included since 1982 because of its support for the revolutionary movements in Central America. It is revealing that it was precisely the administration of Ronald Reagan that took the initiative, while at the same time he was promoting a “low-intensity” war in the region that led to his condemnation in the International Court of Justice. Later, he was rebuked by Congress itself, due to the Iran-Contra scandal.

Anyhow, even after those conflicts were over, Cuba remained on the grim list. Other excuses were used then, such as saying that Cuba sheltered fugitives of U.S. justice in the 1970s, gave refuge to members of the Basque group ETA, and “offered medical aid and political assistance” to combatants in the Colombian FARC.

Various international analysts, legal institutions and American politicians have for years refuted the legal pertinence of those arguments, so I’ll simply quote recent statements by Congressman Jim McGovern, in which he made clear that the abovementioned fugitives never committed terrorist acts and that the ETA members are in Cuba at the request of the Spanish government itself.

As if that weren’t enough, Havana at present is the site for the peace talks between the Colombian guerrillas and the Colombian government, as it has been previously, throughout the years. 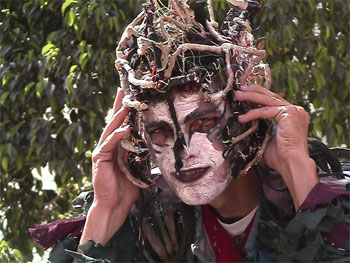 The Congressman also said that, due to the state of relations between the two countries, there are no extradition accords that justify that complaint. I should add that, if negotiations to that effect were to begin (as the Cuban government once proposed), the list submitted by Cuba would include hundreds of people who have actually committed terrorist acts against Cuba, among them the notorious Luis Posada Carriles.

In truth, the inclusion of Cuba on the list of countries that promote terrorism cannot withstand any serious scrutiny. Years ago, due to the weight of reality, Cuba abandoned the practice of supporting armed revolutionary movements, whose denomination as “terrorists,” from a historic perspective, is as questionable as the American list.

But that’s not what the problem is about. Cuba’s inclusion on the list is an excuse to keep up the belligerence promoted by the American far right, especially the Cuban-American groups that serve as activists in Congress and various public opinion media in that country. Even if Raúl Castro became Mahatma Gandhi, those people would consider him a terrorist anyway.

The current debate has to do with the U.S. policy toward Cuba in the current circumstances. On one side are those who advocate maintaining the economic blockade and as many punitive measures as possible; on the other, those who posit that this policy is counterproductive for U.S. interests. It should be said that, except for some exceptions, the argument is the same: the efficacy of the method to achieve a “regime change” on the island. It has nothing to do with the truth. 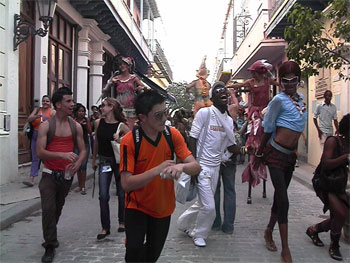 For those who promote change, Cuba’s elimination from the list constitutes one of the most favorable targets. It is not based on reality; its arbitrariness affects the credibility of Washington’s policy against terrorism. Also, the decision, in whatever direction, rests entirely on the government, including the State Department, without involving the President directly.

This does not mean that it will be a simple task. There will be a big hubbub from the conservatives; more than one functionary will be subjected to third-degree interrogations in Congress; some laws and appointments will be used as exchange currency to revert the decision. We shall then see if Obama’s administration is willing to face the storm in order to proceed with the change it proposes.

As a result, for more than its practical importance, inasmuch as the sanctions against the island exceed what’s established in the provisions, Cuba’s elimination from the list of countries that promote terrorism would serve as an indicator of this willingness, placing us on a stage that’s qualitatively different, where the adoption of more transcendental measures could be possible.

Some in Cuba believe – with reason – that what’s proposed is a bear hug. I think a hug is preferable to a bite. Besides, wishes don’t necessarily come true, and the simple fact of recognizing that Washington’s current policy toward Cuba is not viable shows us how times have changed and proves that our resistance was worthwhile, as phrased by Manuel Calviño, a famous Cuban psychologist on his television program.