HAVANA TIMES, Oct. 10 — Humberto Solas, through the magic of cinema, converted the remote town of Gibara into a desirable venue. Every year filmmakers flock to this city from around the world excited about having made and seeing quality films — especially for their content — though created within tight budgets making use of digital technology.

The latest film by ICAIC (the Cuban Institute of Cinematographic Art and Industry), the work of director Enrique Alvarez, unfolds in that same coastal town in Holguin where the International Festival of Low-Budget Cinema takes place.

When she gets there after having been away for seven years, Marina discovers her father is dead, that now she no longer has a home, that the people have changed, and that there’s hardly anything left of the past that’s worth retrieving.  Nonetheless, a tiny bit of hope appears when she meets Pablo and his grandfather. 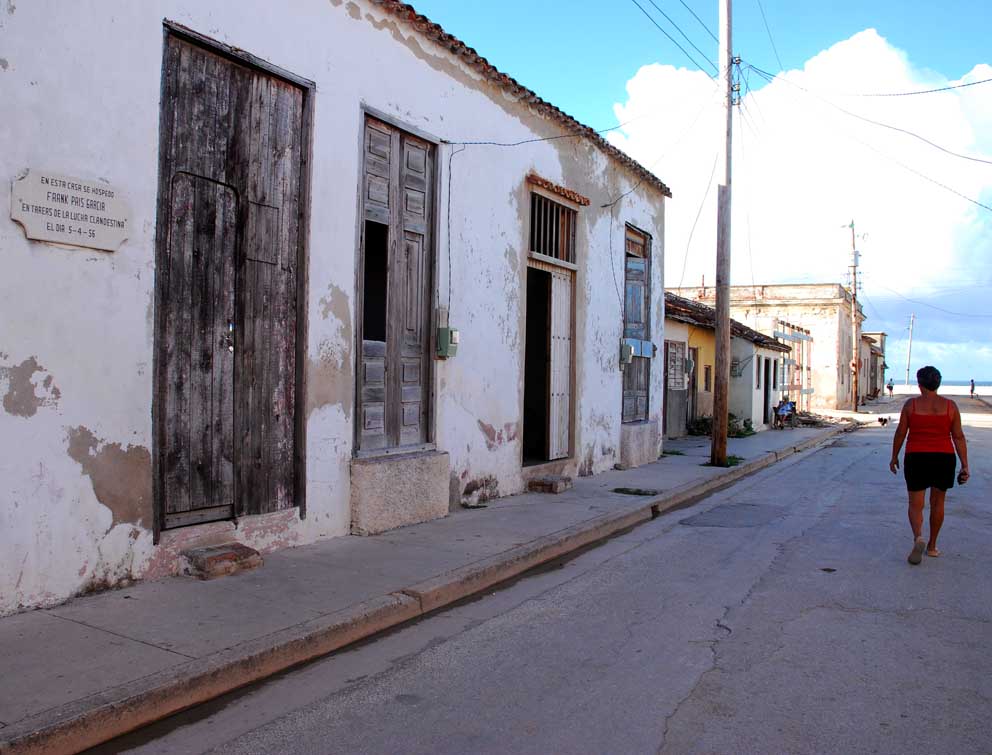 The film unfolds slowly, with long scenes, tight close-ups and little dialogue.  It’s as if the intention had been to tell the story giving priority to images over words.  Gibara becomes the protagonist of a movie that lives up to and does honor to the Low-Budget Festival: ??Marina was shot in just 14 days with a minimal budget and few actors.

The color and composition of the good photography of Santiago Yanes highlight the quiet and melancholy atmosphere of the film that — though dealing with a vital issue in Cuba — doesn’t connect with the public attending the cinema.

Migration in search of something different (this time by someone who had left for the capital) might seem to be the theme of the movie, but it turns out that the idea is diluted with characters who fail to express what they must be feeling and actors who don’t seem to identify strongly with their roles.

Although the contained emotions and moods don’t come over well, Marina presents itself as something different – quieter, more intimate, another (more contemplative) way of looking at ordinary people who come and go within the island.