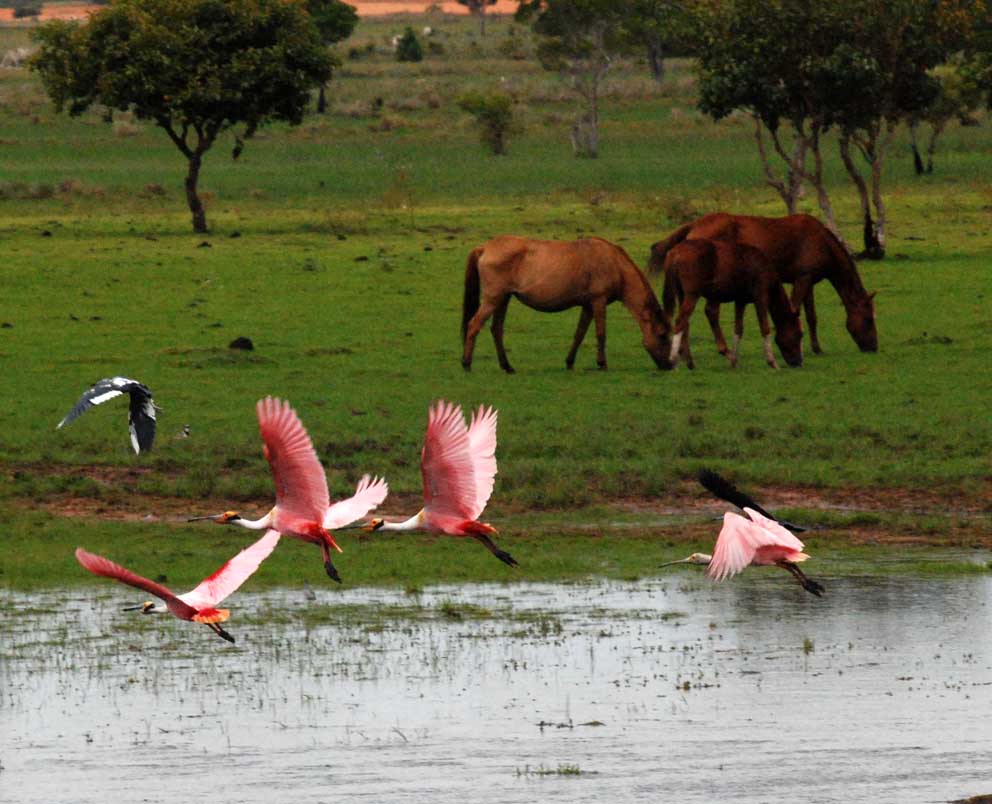 HAVANA TIMES, Oct. 2 — The best thing that can happen to a person when they wake up is to find themself surrounded by song birds; ones that are free, of course, because no joy comes from what a caged bird sings.

However, since I arrived in Caracas, the sole thing I’ve heard at dawn is the noise of each one of the city’s cars —big and small, as well as ambulances and fire trucks— and from time to time the shots from some gang battle that wasn’t resolved the night before.

A few days ago my awakening hours were totally different. I was travelling outside the city through the plains (in Apure state), and rain was present from the previous night. What happened was that before I began to open my eyes, I was already hearing the songs of dozens of birds, many of them totally unknown to me.

In this period of the year, rain is constant and the plains usually flood with ease. That’s why many of those who live there have canoes or boats to get around; with these they can also avoid a reptile that’s called the “Babo,” which is smaller than a Cuban crocodile and perhaps a little less aggressive.

The beauty of these grand extensions of earth is unmatched once the rainy season begins. The shades of green and yellow mix with the blue or gray of the sky, as if they were the drawings of a delirious painter.

Large herds of cattle and horses appear – as free as anyone could want. Each square yard offers the possibility of imagining five or six different photos, just as there are several different landscapes in each blade of grass and every drop of water.

2 thoughts on “Dawn on the Plains”