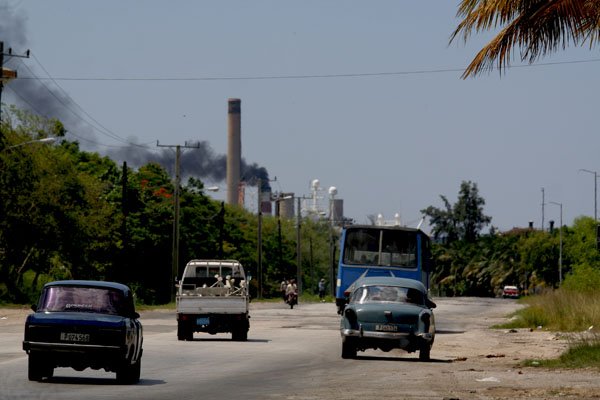 HAVANA TIMES — It is almost impossible to take in a deep breath of fresh air in urban Havana, where the emission of pollutants into the atmosphere can be witnessed absolutely everywhere you go.

You can see the chimneys surrounding the Bay puffing out smoke which is always accompanied by a big flash, which can be seen from different points around the city. The smog disperses into the atmosphere resulting in a constant decline in the city’s air quality, without considering its repercussions on our health. 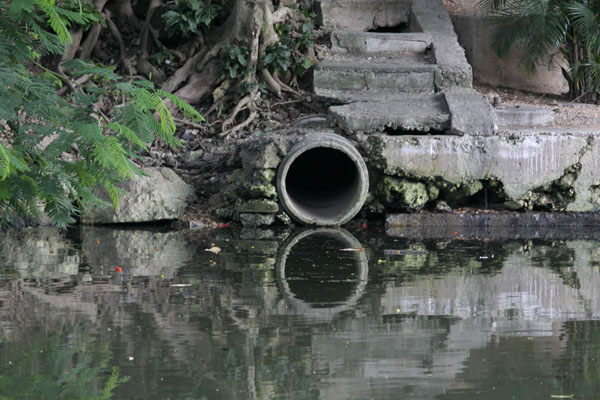 Havana Bay, one of Cuba’s most contaminated bays, is just beginning to recover after an environmental sanitation project was carried out, but there is still a tide of waste materials that have been thrown into the sea by the few boats that visit it and by inland transportation. The Bay is also victim to garbage coming from the drains that exist in the Luyanó rivers (the Bay’s most significant contaminator) and the Martín Pérez and Arroyo Tadeo tributaries, sending plastic bottles and bags, wood, bottles, cans and branches to Havana’s harbor, damaging its revitalized ecosystem.

The circulation of traffic within the city, some vehicles, which can be classified as real running museums, are in such a poor technical state that they violate already established health regulations, and cause huge concentrations of carbon monoxide, not only on the road, but also within our interiors, leading to irritation and inflamation of our respiratory systems as well as impregnating the unpleasant smell of petrol into not only the passenger’s, but also the pedestrian’s clothes, hair and skin. 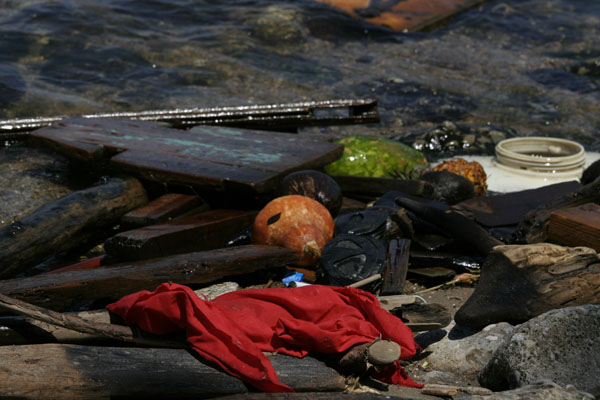 In Old Havana, a highly urbanized area with strong religious roots, the cultural surroundings encourage the boom in religious practices, that extend across other areas within the capital. Ritual sacrifices can be observed that are distasteful to those that do not practice Santeria because of the grotesque element of some of these scenes that qualify as animal cruelty.

Parks, corners and coastal areas are the dumping grounds of all kinds of ebbo, (cleanings) that without a doubt ingrain themselves in our psyche, another facet of our health, which according to the World Health Organization, is just as important as our physical and social wellbeing.

Public health and hygiene within the city go hand in hand, whilst the unhealthy conditions which violate urban cleanliness and our attitudes and behavior in regard to these practices, result in infestations of vectors and rodents, as well as attenuated environments from the stench caused by the decay of animal carcasses and other sacrifices, significantly affecting the quality of life of the city’s residents. 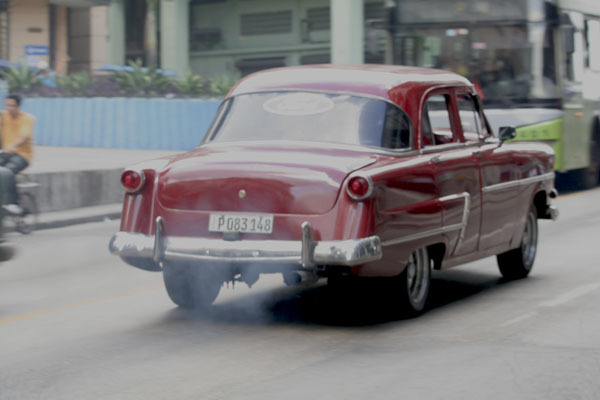 The lack of social discipline and compliance with the regulations already put in place to limit noise pollution, essentially produced by the city’s transport, the factories, port activity, or the bicycle taxis which have large speakers forcing us to listen to their driver’s favorite music at quite a few decibels, is yet another common environmental problem.

On July 11, 1997, the Cuban Parliament passed an Environmental Law in order to implement an accurate strategy with regard to preserving the country’s natural environment. It is every Cuban’s responsibility to pay attention to this issue in the here and now, as environmental realities depend on our interaction with them, and ultimately our health depends on this reality.