The revolutionary poet transformed poetry. He leaves behind a vast body of literary works and the legacy of his fight for liberty.

HAVANA TIMES – “I see the new day!” wrote Ernesto Cardenal, “An earth without terror. Without the tyranny of a dynasty.” Life gave him the opportunity to struggle, win, and witness the end of the Somoza family dictatorship.

However, death called to him before another – as vile as that of the Somoza’s – could fall and cease the destruction of his beloved Nicaragua, the long-suffering country battered by satraps as much as by natural disasters, that was the inspiration for his magnificent “National Canto” and “Zero Hour”. 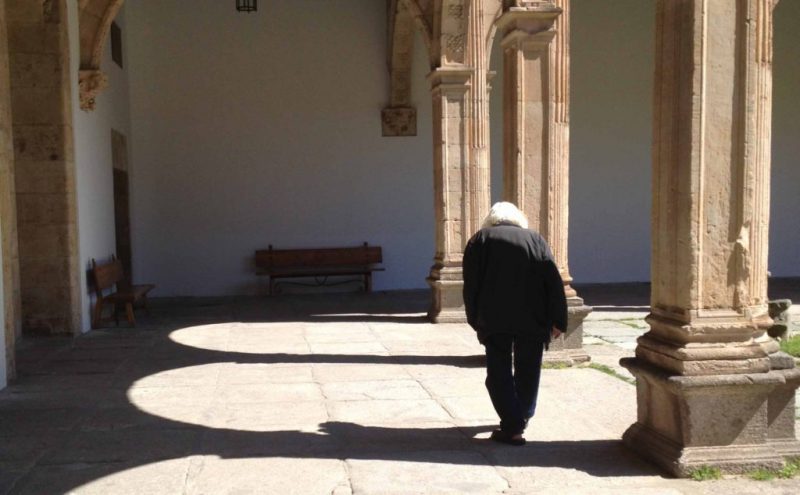 On Sunday, March 1, Ernesto Cardenal passed away: the poet of the Revolution, the priest with profound Christian love, the revolutionary, the man that battled injustice.

Cardenal was born in Granada, Nicaragua in 1925. He turned 95 in June and recently published one of his last book of poems, Children of the Stars [Hijos de las Estrellas], with illustrations by painter Ramiro Lacayo. He was working on another one, to be called, We’re on the Firmament [Estamos en el Firmamento].

Despite the weight of a body shrunken by the passage of time, Ernesto Cardenal’s figure had grown so large that he’s now considered one of the great poets of universal literature.

In 2012, he was awarded the Queen Sofia Prize for Ibero-American Poetry, the most important honor of its kind within the Spanish-speaking world. This prize crowned a wide literary production, including his celebrated “Epigrams”, the beauteous “Psalms”, and his scientific poetry, a new genre he created within the Spanish lyric tradition. His principal work in the latter area is the book Cosmic Canticle, which literary critics have classified as a masterpiece of literature.

Sergio Ramirez, Nicaraguan writer and close friend of the poet, has termed Cardenal an innovative poet. “I measure Ernesto first and foremost for his gift of innovation. There are very good poets that don’t manage to create a school, and that doesn’t take away from the weight of their voice, but Cardenal, from the beginning, established his own school, had followers and created an opening in the poetry of our tongue. This can be observed over a number of stages,” Ramirez explained in 2015, during an interview with Confidencial on the occasion of the poet and priest’s 90th birthday.

“I believe that I’m the only poet – at least the only one I know – that’s writing poetry based on science – scientific poetry,” Cardenal told me in March 2017, during a conversation in which he left politics to one side, including the persecution against him impelled by Daniel Ortega and especially Rosario Murillo, in order to speak about his passion for science.

Despite his enormous literary legacy and his having raised the name of Nicaragua to the summit of the greatest literature, Cardenal has had his detractors, who wouldn’t pardon him for his ties to the revolutionary government of the eighties when he was Nicaragua’s Minister of Culture. Many recall the scolding given him by Pope John Paul II at Managua’s International Airport, during the Pope’s 1983 visit to Nicaragua.

Cardenal himself bridged this controversy in 2012, when I interviewed him in his Managua study about the Queen Sophia Prize. “I’ve been a poet, a priest and a revolutionary,” he told me. “I’ve utilized poetry to deliver my social, revolutionary message.”

On that occasion, he affirmed that he was proud of his life as a poet, and as a Trappist. He stated that “he was born a poet”, because he’d been writing poetry from the time he was six. “Before I could write, I would recite poems. I’d learn them by heart,” he recalled. “Later, I became a religious devotee,” Cardenal stated, referring to his time in a Trappist monastery. “Later, I found my revolutionary vocation,” in the seventies, he explained, when he visited Cuba for the first time. From that time forward: “I’ve been a poet, a priest and a revolutionary,” he told me.

Ernesto Cardenal was tireless: his resistance to the passage of time was evident in his work at his simple desk in his Managua home, or visiting Europe, giving statements about the current state of a world whose injustices horrified him. He also inspired controversy because he penned harsh criticisms of the Vatican, of Daniel Ortega’s regime, about the Chinese ambitions to split Nicaragua with a Canal, “Let the whole world know what’s happening in Nicaragua!” he cried at one of the annual Poetry Festivals in Grenada.

In addition to his poetry, his revolutionary commitment, and his faith, Ernesto Cardenal leaves another world-famous great legacy: the group of primitivist painters that he discovered and whose talents he developed with help from the master painter Roger Perez de la Rocha on the beautiful Solentiname archipelago, where he had arrived seeking his personal faith.

There, too, his celebrated “Solentiname Gospel” was born, a gospel that up until a few years ago he continued reciting in the tiny church on Mancarron island in the archipelago, where he had founded an intensive community committed to art, nature and love of neighbor. This project was hijacked years later, with the approval of Daniel Ortega and Rosario Murillo. The latter maintained a fierce hatred of the poet right up until the day of his death.

Small and fragile, hunched over, his sandals scuffing as he walked with a cane, Ernesto Cardenal fearlessly faced up to the powers that tried to destroy him. The poet and priest, a major figure in Liberation Theology, experienced the arbitrary proceedings  of a court system controlled by Ortega, a system that even went so far as to freeze his accounts and attempt to make him pay reparations of US $800,000 for damages, in a court suit that had everything to do with political persecution and nothing to do with justice. Writers, artists, academics and intellectuals around the entire world denounced and condemned Ortega for this infamous treatment of the poet. 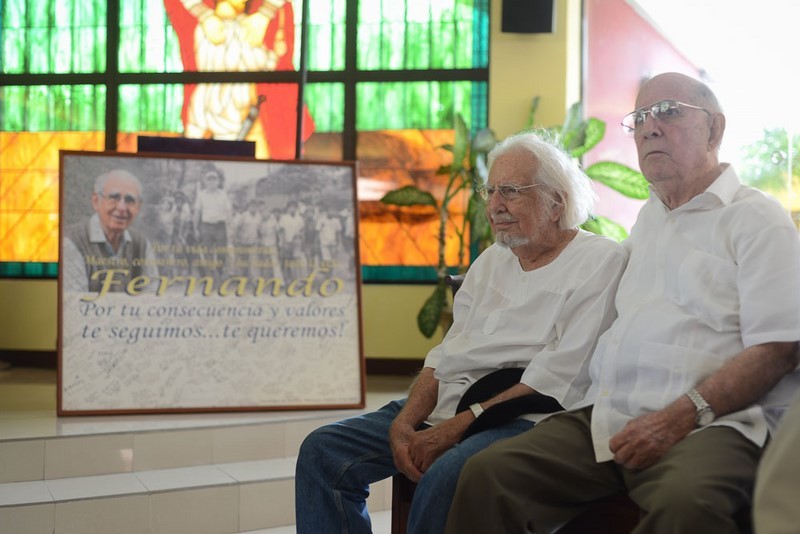 Cardenal stated that poetry is “the chant and the enchantment of all that exists”. He was a man who loved nature, was fascinated by the stars, who spent nights in his little Solentiname house lying in a hammock, looking up at the sky. He loved to eat and was always ready to sample anything. But he also suffered for what since April 2018 he saw as the worst killing spree his country had ever suffered.

One of his last acts of generosity was to dedicate the International Mario Benedetti prize, awarded him in 2018, to Alvaro Conrado, the fifteen-year-old that had been killed by a bullet to the throat, fired by snipers under the command of Daniel Ortega. Conrad’s final words: “It hurts to breathe” still continue to sadden the country. Cardenal found the death of a child “in a peaceful rebellion on the Managua streets” profoundly painful, as he stated in a video.

Cardenal’s death comes two years after that of his friend, the great poet Claribel Alegria, also decorated with the Queen Sofia Prize. “While a poet, he’s chronicled his times,” Alegria told me when I interviewed her on the subject of Cardenal.

When I asked Alegria about the criticisms levied against Cardenal for the poet’s ties to the Sandinista revolution, she responded indignantly: “Ernesto has been a great revolutionary and he’s given his country everything he can in poetry, in theology, as a man of revolution, as a sculptor. What else do they want? What else? He’s worked for his people. He loves Nicaragua.”

And without a doubt, that Nicaragua, that he always dreamed of seeing free, today mourns the man, the priest, and the revolutionary poet that revolutionized poetry.
—–