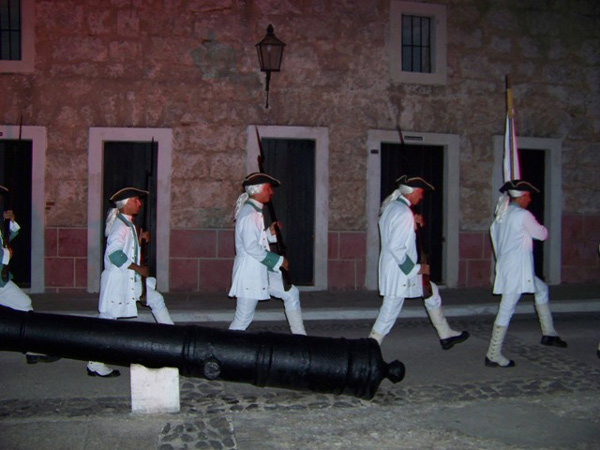 HAVANA TIMES — Havana’s La Cabaña and Morro fortresses were constructed by the Spanish crown in the 17th century to protect the colonial settlement from attacks by privateers, pirates and the naval fleets of rivaling powers such as England and France.

The two fortresses were used to guard the entrance to Havana’s bay area. The Morro fortress was also equipped with a lighthouse, to guide approaching ships. Today, the majestic structures and history housed by their walls and bunkers make these fortresses an attractive destination for foreign tourists and Cubans alike. 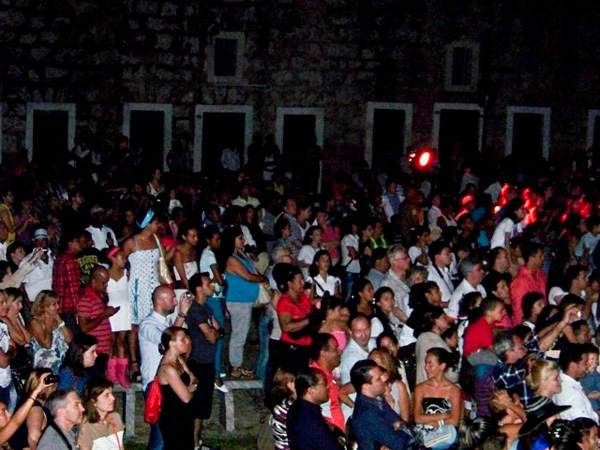 The premises of La Cabaña fortress are the venue of Havana’s International Book Fair, craft shows and cultural gatherings and concerts that are always well received by people in Havana and foreign visitors. Souvenirs, traditional Cuban crafts, paintings and engravings showing typical Havana scenes and even handmade clothing are sold down its cobbled thoroughfares, and its museums house everything from a Roman catapult to the reproduction of a primitive hunter.

One of the fortresses’ more renowned attractions is, without a doubt, the cannon-fire ceremony held every day at 9 at night, in which a group of soldiers, clad in 17th, 18th and 19th-century Spanish military uniforms and employing pieces of artillery from the time, stage the ritual whereby the closing of the city walls that encircled the city was announced, conducted at 9 every night with German punctuality. 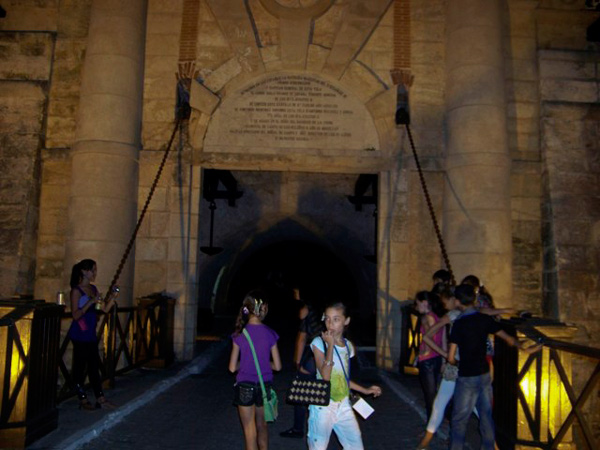 According to the Cuban on-line encyclopedia Ecured, this tradition was born following the construction of an immense stone wall meant to protect the settlement of San Cristobal (today Havana) from attacks by privateers and pirates, ordered by the Spanish crown.

Following the 9-o-clock firing of the cannon, Havana was divided into two areas: the area within the city walls and the area outside it. Initially, the wall had only two entrances. As time went by and the number and affluence of inhabitants grew, as many as 9 were created.

The opening of these entrances was announced at four thirty in the morning every day with the firing of a cannon as well.