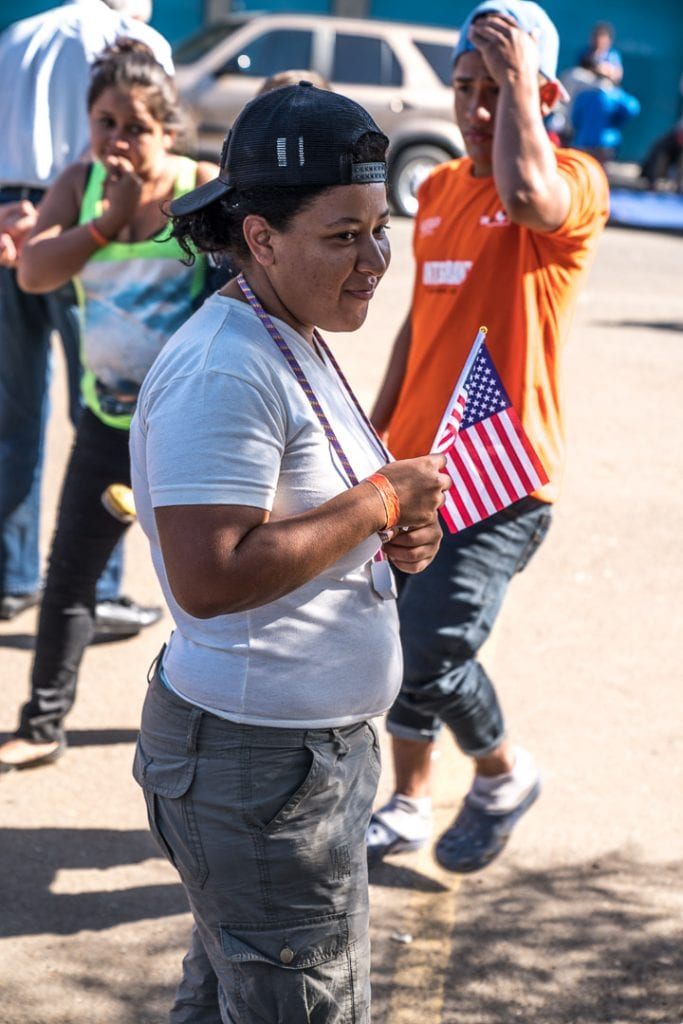 HAVANA TIMES – Tensions are high at the migrant camp at the Benito Juarez sports complex in Tijuana, Mexico. As the caravan numbers have swelled to over 5,000, and the mayor of Tijuana has declared a humanitarian crisis, the mood in the camp has changed dramatically. There is a deep sense by those observing the situation that this is a powder keg.

This was apparent on Friday night as thousands of migrants, mostly men, gathered in the streets just outside of the camp.

For the last 4 to 6 weeks their energy has been focused on getting from town to town, finding shelter and food. Now that the caravan is no longer moving, the focus is on getting across the border. It does not appear that anyone told them how difficult it would be once they arrived, or if they had, they took it as one more obstacle to overcome.

The camp is right on the border. From most every tent you can see the border wall and the United States on the other side. However, the realization that the fabled promise land may be an illusion is setting in for many of the migrants. 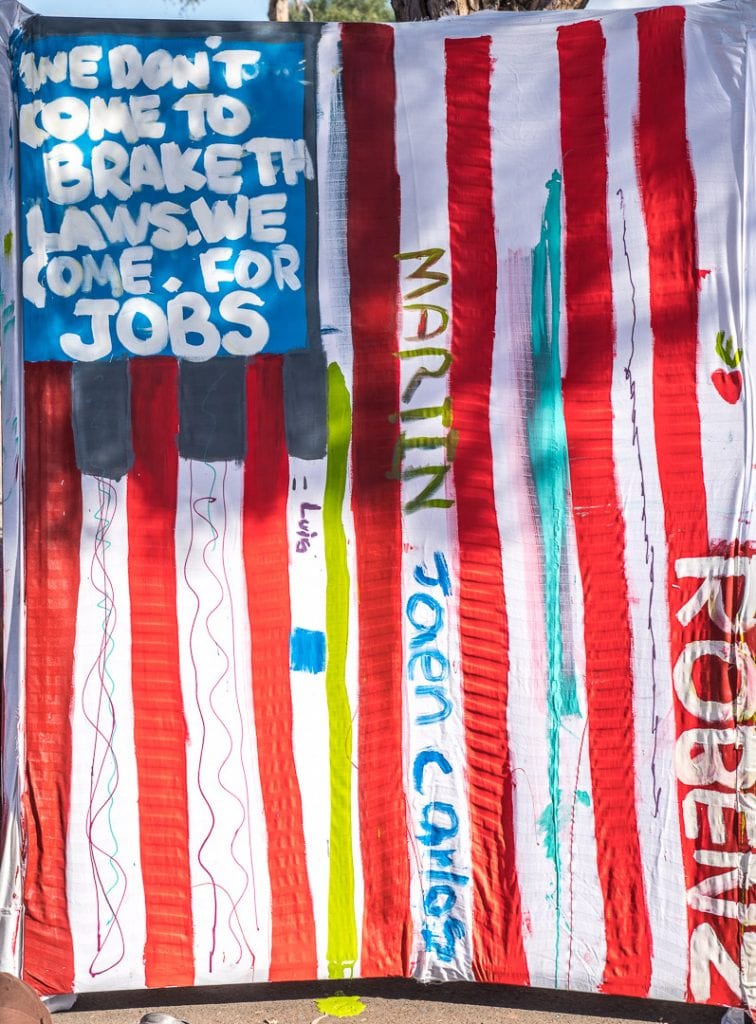 On Thursday I found the group of migrants who had been denied access to the camp just the night before. At 3 am as the rain came, they were allowed inside. They had found a small space of concrete on which to camp. They told me that all they wanted to do was to get to the United States and work.

Full of hope, they asked what the process was. This was their first day at camp. “How soon can we start working?”

Someone explained the process of getting on the list, getting a number, being interviewed, and waiting. Waiting and possibly being denied. It was becoming apparent to them that the road to being able to work legally in the US was much longer than what they had already been through. It would be a month, or possibly two, before their number would even be called. And that was just the beginning of the process. There were 4,000 people ahead of them. The 60 people who were allowed to enter the US that day had arrived over a month ago.

Hope may be turning to despair and disillusionment. I could only imagen how the reaction I was witnessing so intimately was transforming this village of dream seekers into a mass of desperate people. Would all of this energy turn to fear, anger and then violence? I saw how this would play into the hands of those insensitive to their plight. If the migrants are pressed into increasingly desperate conditions, while the US processes such small numbers of applicants a day, they will end up acting just like any of us would act under such conditions.

One person who is trying to channel this energy positively is the US-Mexican artist Robenz. On Friday afternoon the streets outside the camp were covered with art work in the making. Robenz brought large canvases the size of bed sheets and gallons of paint in the colors of the flags of Honduras, Guatemala, El Salvador and Nicaragua.

Robenz would help the street artists start their concept and encourage them to express themselves in positive ways. He motivated them to tell the world what they wanted to say. Robenz told me “This is not political. It is not a message to Trump. This is for them; this is their art – their hopes and dreams expressed on canvases.”

Robenz then explained the way he saw the situation.

“If I have a cup of water, I can say ‘We can share this cup of water until it is gone. And then we will die, together. Or I can say, ‘This is my cup of water and I will drink it all just myself’. Yes, there is a right to private property. But then I have created an enemy; and that will come to haunt me. We have three great resources: money, people and land. We can build a wall, or we can build businesses and jobs.”

At that point he grabbed his brush and helped another group of young people start their flag painting.

Tijuana and the Night

Friday night the streets appeared calm as I arrived at the camp. All along the fences leading to the entrance were sheets of bright artwork created earlier in the afternoon. There was flag art, posters, and writing in the colors of the four nations from which these migrants fled. The community was evolving and spreading out.

But at the end of the street was a very large group of people, mostly all men. In one corner of the street a preacher stood atop a truck with a microphone and loudspeaker encouraging people to come to Jesus. Several hundred people gathered around with their hands raised.

But in the other corner trouble was brewing. The slightest rumor can mobilize hundreds of men and boys into frenzied excitement. This time a migrant claimed that a policeman had hit him and taken his wallet. Maybe, maybe not; but the rumor was enough to set the spark.

Mass protest ensued and the ten or so policemen on duty were surrounded by an upset crowd. It was not an angry crowd, but a crowd that was demanding respect from the Mexican authorities. And that is a critical point; do you see violence and anger, or do you see passion and reasonable demands?

Cell phones by the dozen appeared from the migrant crowd and streamed the confrontation live on Facebook. The local Tijuana police looked on calmly without reaction even as the crowd came within inches of their faces. But as I have seen many times before, the crowd became self-disciplined. Two Honduran men created a safe space of three feet between the police and the crowd and kept people from crossing the line. The crowd wanted a dialogue, not trouble. They wanted respect and to be heard; and they were willing to give respect and to listen – in a Latin American kind of way where everyone talks at once with their hands flying all over the place.

As I stood in the middle of this confrontation with three or four hundred migrants surrounding me, I realized I was standing right at the potential flash point of this whole situation. The point where the confrontations are construed as violent and the US government can say ‘I told you so.’

I was not afraid for myself and I was not afraid for the migrants. The Mexican police acted honorably, and the migrants acted passionately but with restraint. Like every prior wave of immigrants that has made the United States great, these people want what we all want – security, a chance to work hard and opportunity and education for their children. And like those before them, they will not give up hope.

*Ken Alexander is a freelance photographer and journalist from Woods Hole, MA, USA. He can be reached at [email protected]

One thought on “Hopes, Art & Tension at the US Border in Tijuana”