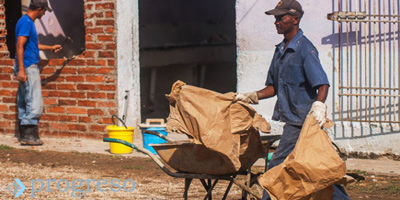 HAVANA TIMES — For some time now, Cuba has been living at a fevered pace. After years of maintaining a rigidly bureaucratic system that held up even the simplest construction job, in early 2012 the government eased the grip that for decades it had held on practically all aspects related to housing construction.

The change brought with it a wave of sales that is still rising. More importantly, it opened the doors to one of the greatest movements of housing repair and construction in the nation’s history.

“For many years, we had to clear a thousand hurdles to obtain a work license and collect the materials,” recalls Gilberto, a mason who laid his first bricks during the 1970s, when large apartment buildings started to go up in Camagüey.

“In those days, construction was brisk. Housing projects like Montecarlo, Sánchez Soto and El Micro went up. Anywhere you turned, you saw a building going up or foundations being dug. That was logical because — answer me this — how can a country develop without building new homes or repairing the existing ones?”

A peculiar reprise of those days is happening today throughout the island, but with two notable differences: its goals are a lot more modest, and the burden of construction costs falls on the beneficiaries themselves.

At first glance, both conditions might seem to be the worst possible obstacles, but that’s not so. Add to them the insufficient availability of materials — acknowledged by the authorities as an unsolvable problem short-range — and the equally insufficient availability of manual labor, which has forced contractors to use alternatives such as hiring minimum-security prison inmates cleared for civilian work under the Trust Task plan.

“But that’s for the benefit of the government and the bosses only,” says Odalys, one of Gilberto’s daughters, who in 2013 embarked in the construction of a home for herself and her children. “Ordinary people have to scramble hard to find the materials and deal with private masons. If it weren’t for my father who is helping us, I don’t know how expensive our house will be.”

An 80,000-peso government subsidy allowed her to begin the construction of the so-called “basic cell” (one room, bathroom and kitchen), a 25-square-meter space that she will share with her husband, their daughter and a granddaughter. But that money wasn’t sufficient and she soon had to turn to a loan and her own resources.

“Luckily, I owned the land and was a victim of Hurricane Ike; otherwise, I wouldn’t have gotten the subsidy or anything else,” she explains with that Byzantine resignation that seems to pervade Cubans who attempt to build their own house.

The budget doesn’t allow it

Until January 2015, some 63,000 subsidies had been granted by the various agencies of local government, totaling more than 1 billion pesos. At that time, the quota of credits for the repair and construction of homes amounted to 200,000 pesos, for a total of more than 1.8 billion pesos.

Those numbers are well below the real needs of Cuba, which, according to the latest Census, has more than 60 percent of its housing stock (almost 2.3 million buildings) in marginal or bad condition. 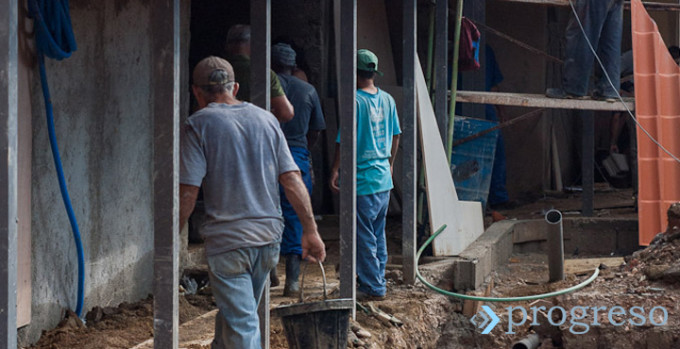 To complete the equation, according to the official statistics, the island has a housing deficit of about 500,000 units, a shortage that’s particularly acute in cities like Havana and Santiago de Cuba, homes to one of every five Cuban nationals.

The situation becomes more worrisome in view of the sustained decline in the construction plans. Projections in 2005 predicted the construction of at least 100,000 new homes each year and the rehabilitation of 100,000 existing homes. By 2006, only 111,373 homes had been built or repaired.

From that point on, the production curve took a downward turn, which has become steeper during the period of Economic Actualization — from about 35,000 completions in 2009 to little more than 25,000 in 2014.

At the current rate of execution, it would take more than 20 years for the housing problem to cease being one of the worst headaches of the ordinary citizen. However, even that objective could be utopian, in view of the drop in domestic production.

Except for the production of premixed concrete, which enjoyed a modest increase of 12,000 cubic meters, the rest of the construction materials closed 2014 with negative digits, especially supplies as essential as cement (95.2 percent of the previous calendar year), sand and gravel (about 2 thirds of the deliveries in 2013) and roofs, which, between metal and asbestos cement, did not exceed 45 percent of production in 2013.

As a result of that shortage, the prices of most articles have skyrocketed — in some cases doubled — consequently creating new pressures on the already impoverished homebuilders.

“Nowadays, you can’t build metal roofing for less than 700 or 800 pesos a panel [the official price is 506 pesos] and if you’re looking for good cement your only choice is buying from the resellers, because they make sure that it doesn’t reach the building-supply stores,” says Juan Carlos Arias, a Camagüeyan intent on repairing the ancient house in which he has lived all his life.

“I can’t even think about installing traditional [clay] tile shingles, as I should. Between the price of the wood and the cost of the shingles [up to 5 pesos each], I have no choice but to go the cheap route, and even then the budget doesn’t allow it,” he adds.

Arias’ case is far from being among the most dramatic. The real odyssey is lived by those who must tackle the problem from the very start, whether or not they own the land. As they lay the first brick of their future home, they could be facing a saga of decades.

28 thoughts on “Housing in Cuba, An Impossible Problem?”