Text and Photos by Elio Delgado

HAVANA TIMES, May 30 – Mule drivers are people who haul goods from the hills to the plains, or vice versa. You can see one with from two up to ten mules, depending on the load or work they’re carrying out.

The mule is rugged and able to carry its loads along paths that even people find hard to travel. The drivers use mules, over horses for instance, because of their low center of gravity, short legs, they are very muscular and hold up well on long treks on broken mountainous terrain.

The mule is the offspring of a donkey and a horse (strictly a male donkey and a female horse) and is typically sterile.

In Cuba, mule drivers and their caravans are seen mainly in the country’s three largest mountainous ranges the Sierra Maestra, Escambray and Sierra del Rosario.

Harvest season is when they can most often be seen transporting their loads into town.  These loads consist primarily of coffee, but to a lesser degree they also haul other products, such as root vegetables, palm fruits used for pig feed, coconuts, wood for sale on the market, as well as small utilitarian artisan’s products.

The trip is double-tracked and has a dual purpose as the drivers make their purchases in town before returning to their families in the mountains.

Being a mule driver was an occupation that – like the mule – was about to fade into oblivion because it was thought that they were no longer needed, given the development of transportation in mountain areas.

However, life has demonstrated that they are part of a tradition that will continue for many years to be part of these remote communities. 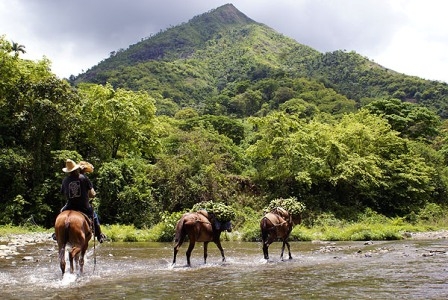 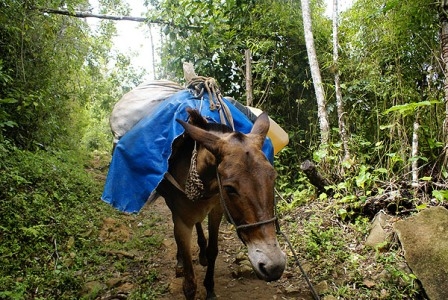 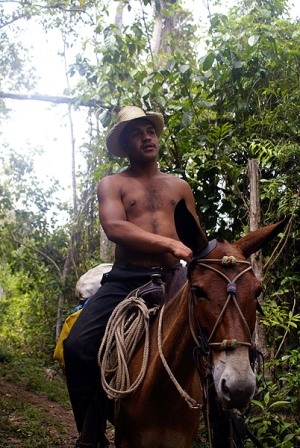 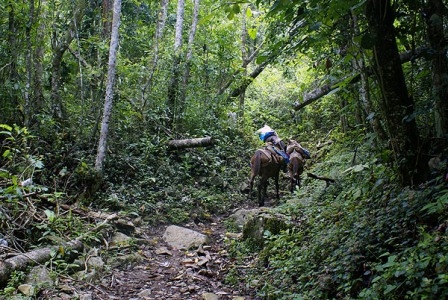 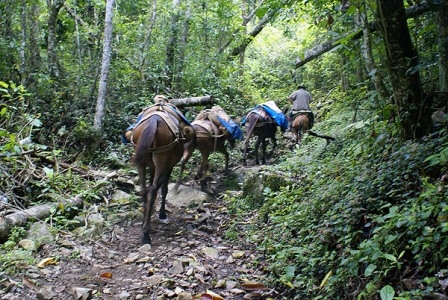 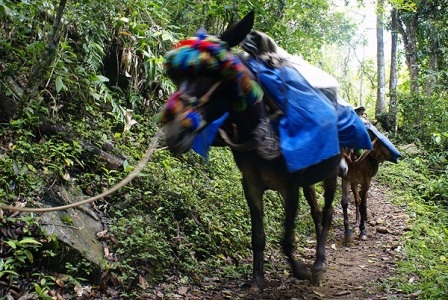 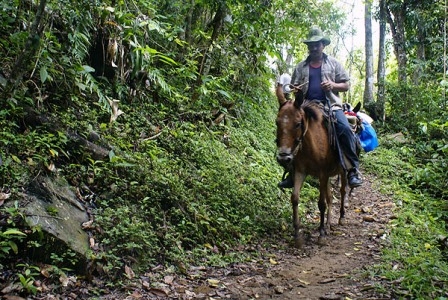 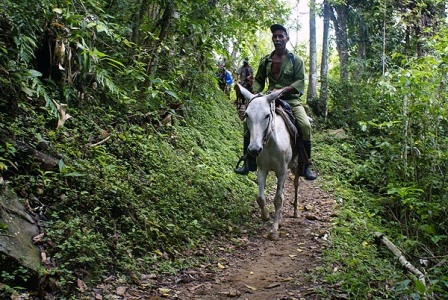 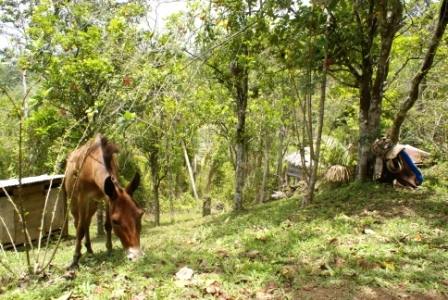 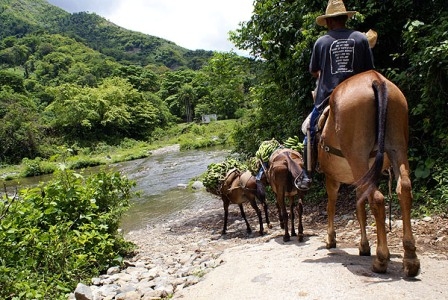 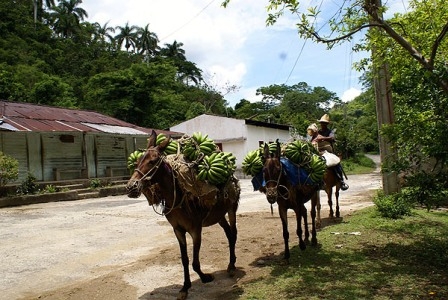 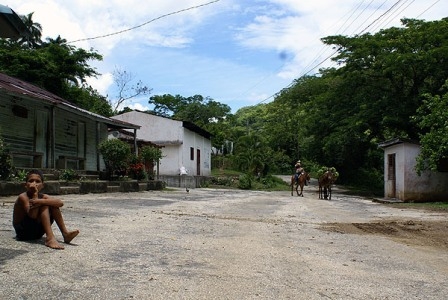 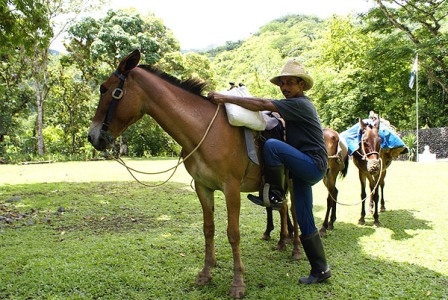 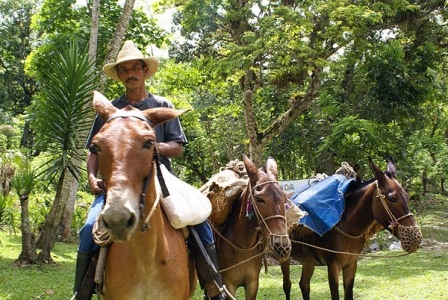 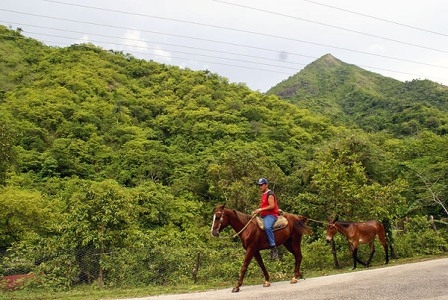 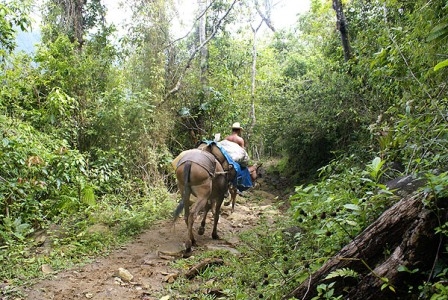 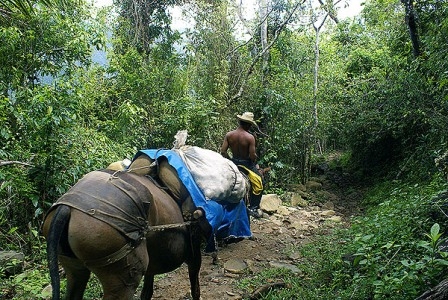 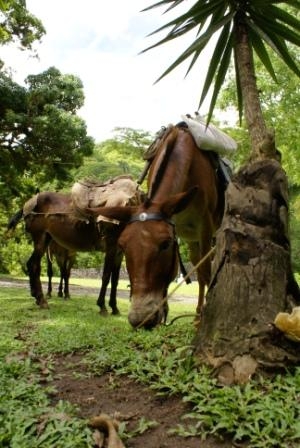 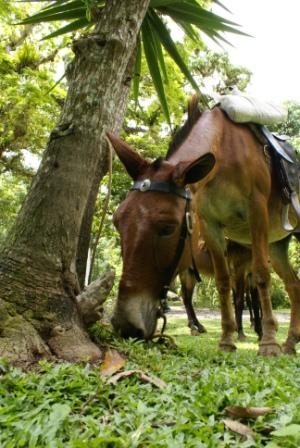 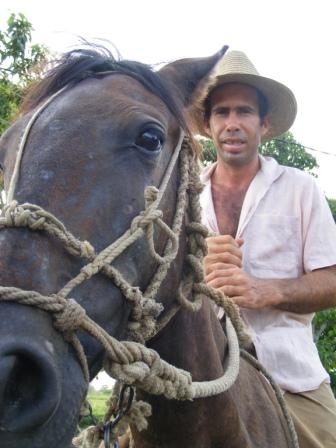 5 thoughts on “Mule Drivers in Cuba”