HAVANA TIMES — It’s a well known fact that there are declarations for the grandstands, rigid and resounding, while others are different, they’re more flexible and can be negotiated, which are normally dealt with by a smaller circle of people.

In May, the US government put forward a proposal to buy Cuban coffee, as long as it came from independent producers which, of course, Havana angrily and definitively rejected, since only the State is allowed to export.

However, in July, everything seems to have worked itself out.

On July 14th, reports were published by the US-Cuba Trade and Economic Council, Inc., an organization based in New York, which confirmed that US customers would be able savor a “Cafecito de Cuba” this autumn, offered by a Swiss company that both countries already know very well, Nestle.

By way of their subsidiary in the US, Nespresso USA, Inc., the Nestle group took out an ad on June 26 in the New York Times (on the back cover of the first section of the newspaper), announcing they were offering US customers their new Cuban Nespresso Grand Cru Cafecito de Cuba.

The ad cost the Nestle group US $175,110 so it could reach over a million readers.

Nestle Nespresso bought a container of approximately 18 tons of Cuban coffee beans, which were certified as coming from the 2015-2016 coffee harvest in Cuba, for US $90,000.

After roasting the beans and processing, coffee loses 20% of its volume, leading to the production of 180,000 packets for every ton of this Cafecito de Cuba limited edition, which will bring in approximately $3,564,000 in revenue for the corporation. 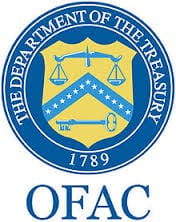 In order to carry out the transaction between Nespresso USA and the US Office of Foreign Assets Control (OFAC), the latter accepted letters from Cuba’s Ministry of Agriculture, Nestle Nespresso USA, Cuban companies based in London, Cubana Coffee and Roastery and Cuba Mountain Coffee Company Ltd. certifying that all of the coffee purchased had been produced by independent farmers in Cuba.

In this way, demands from both parties were met and a precedent was established that will surely lead to future negotiations.

In conclusions made from this deal, the US-Cuba Trade and Economic Council values the fact that the Obama administration is focussing on creating trade opportunities rather than directly or immediately influencing this activity with Cuba’s independent farmers.

This focus is founded on the belief that in the last 190 days of Obama’s presidency, a bilateral trade agreement is on the horizon, even when it isn’t the kind of involvement for State companies that the Cuban government and its institutions want, may be seen as preferable than not having one at all.

The Economic Council said that June 26, 2016 will go down in history as the day that the Republic of Cuba returned to the map not only as a tourist destination but as the origin of consumer products too.

In the current climate, many US company could benefit from the words “Made in Cuba” to add value to their products on the market, which is backed up by Nestle Nespresso USA, Inc.

With the embargo still in place, the coffee deal is the second operation authorized by OFAC since the diplomatic relations were restored between the US and Cuba in July 2015.  The first contract to be authorized was that of Alabama’s Cleber firm to assemble small tractors in facilities located in the Mariel Special Development Zone, in the western province of Artemisa.

What does this coffee trade agreement represent?

None of the two governments involved have officially recognized this three party deal Cuba-Nestle-USA, possibly because Congress would strongly oppose any attempt to dissemble the trade embargo’s legal framework, and secondly, the Cuban government won’t want to go back on their statements made against the condition imposed by the US to buy coffee only from private producers.

Nestle is now getting ready to sell in the USA, candy, ice cream, drinks and other consumer products made in Cuba.

This Swiss food group, with offices in Havana, has a business relationship with the island that dates back several decades. Since the ’90s, Nestle has been involved with other state-run companies in order to develop the candy industry, has invested in producing bottled mineral water (Ciego Montero) and other soft drinks. In 2014, Nestle Nespresso presented a limited edition coffee range named Cubania, which was inspired by the passion and intensity of the Cuban coffee ritual; however it wasn’t made with coffee grown in Cuba.

The Cuban government has preferred not to get involved with companies who have business relations with the US. However, the Obama administration authorized one company of European origin based in the US to take on the task of directly importing Cuban agricultural products (until now it’s just been coffee).

This coffee transaction is unprecedented and has now established a precedent for the future to slowly break down the regulations of the US trade embargo, while the presence of something “Made in Cuba” could lead to sales of other traditional products like rum and cigars, which the US market is already familiar with.

Maybe in the future Cuba could export healthier products, such as the vaccines developed against cancer and Heberprot-P to treat diabetic feet, which are renowned the world over for their effectiveness.

The coffee deal won’t generate much revenue for the Cuban State, but it will give a boost to Cuba’s growers and should satisfy customers in the USA.

41 thoughts on “Nestle Helps Cuba Skirt the US Embargo”