“I have a milk cow – it is no ordinary cow. She walks down Prado, killing flies with her tail.” (Chorus of a popular Cuban song) 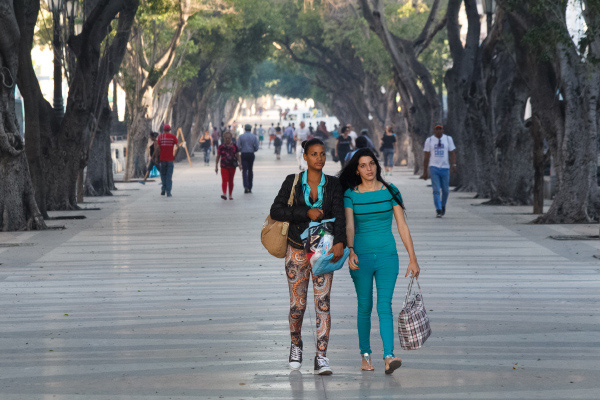 HAVANA TIMES — Dawn finds me at La Punta, where Havana’s Malecon ocean drive began to be constructed on orders from General Wood. I walk under the shade of leafy trees, among marble benches embedded in century-old walls, watched by ferocious bronze lions that are turned into tame horses under the irreverent children who fearlessly climb on top of them. It’s nine in the morning and the street-lamps are still on. Has the sun not risen yet? 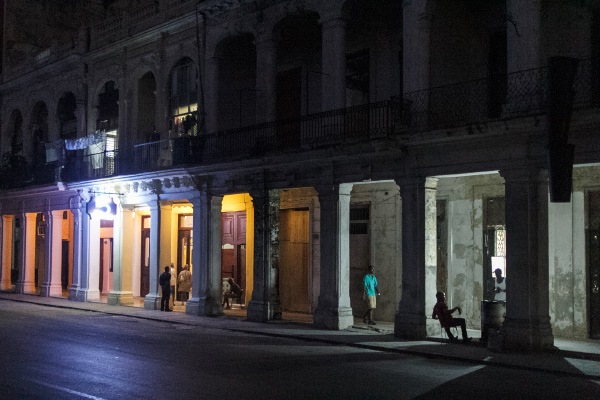 The Prado promenade takes me to Neptuno street. There, I stop to look at the old Hotel Telegrafo. Then, I make my way to the statue of Jose Marti at the Parque Central, the counterpart to Spain’s Queen Elizabeth II. Beneath the feet of Cuba’s independence hero, one sees the hole left behind by a large nail, of the sort used to fix Christ to the cross. It had been placed there on February 24, 1905, when the sculpture was inaugurated, following a poll involving 105 historical personalities (Marti received 16 votes, Carlos Manuel de Cespedes 13 and George Washington 8, ending up in third place).

The nail placed at the foot of the Marti monument was made of gold, which is why it was eventually removed, what with the unpredictability of any night in Havana. Today, it is housed by the Museo de la Ciudad (“City Museum”), formerly the palace of the Field Marshalls of Cuba. We have been under the sword since the times of Christopher Columbus. There were, however, no reservations about making the poet, teacher and main proponent of Cuba’s forsaken civic traditions, a man who never once fired a weapon or wielded a machete, the island’s Major General. 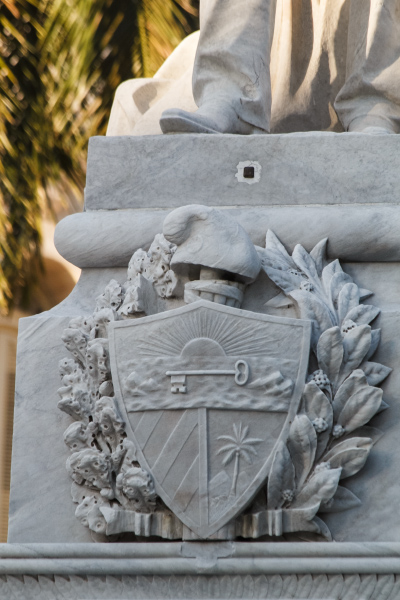 Behind Marti, the Manzana de Gomez complex – built in Havana during the “prosperous times” of the First World War, when the price of sugar skyrocketed and Cuba was producing twice as much of it as our impoverished cane plantations today-, is being refurbished. A hundred meters squared, the architectural complex has 500 rooms and competed with the largest commercial centers in the world in its time.

The revolutionary government confiscated the property from Andres Gomez-Mena Vila, conserving the shops on the ground floor and building schools in the three stories above. Half a century later, teachers would suspend classes with the first rain, the window frames made of precious wood would disappear and the white marble would collapse and roll down the stairs, and no elevator assisted the thousands of residents in their upward journeys.

Finally, a Swiss hotel company prevented the imminent disaster, deciding to build the Hotel Manzana, its first five-star complex in the Caribbean.

I turn to face Cuba’s independence hero again and observe the rejuvenation of the Garcia Lorca theatre, searching for the Capitolio, also undergoing restoration. The plans indicate that its two circular floors, in the style of the US two-chamber system, will one day house the National Assembly of the People’s Power, or Parliament. Behind the enormous building, built in the style of the Greek Parthenon, huddle buildings about to collapse.

Thinking about beautiful things, I am overwhelmed by the image of Josephine Baker (who traveled to Cuba six times), wearing a banana-skirt and giving her gawking admirers a lesson in dignity. Coincidentally or not, this happened very close to the Hotel Saratoga, today renowned for having welcomed singer Beyonce, who paid tribute to her predecessor.

Destiny is written on the ceiba of the Parque de la Fraternidad, the sacred tree of the Yorubas. The baobab was planted in a bed of soils brought from 28 different countries in Latin America, whose coat of arms were sculpted on the surrounding circular fence. The names of the representatives who attended the ceremony were engraved on the bronze gate. The names of our compatriots, effaced some time later with an acetylene torch, are missing. 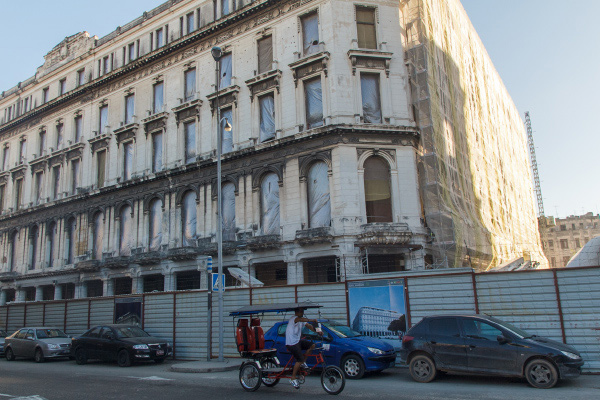 It was 1928. Then Cuban President Machado ordered a series of public works whose one precedent was the illustrated despotism of Carlos III, the king who had decided to build the Prado, today a promenade that pays tribute to our independence hero Jose Marti.

Ninety years ago, the general and president also decided to adorn the monumental avenue with its lions, marble benches and wrought-iron street lamps, and to raise the Capitolio to 92 meters in height, something which no acetylene torch can undo.

The Capitolio, Parque de la Fraternidad, Hotel Saratoga and the Yoruba Society all meet at the end of the city’s oldest avenue, where the sculpture of the native Habana sits over a fountain, escorted by dolphins. Though dry, the fountain is crowned with bananas, reminding Beyonce, and Josephine Baker, that she was there before them.

It doesn’t matter that the street lights were inexplicably turned off at 10 in the morning. Big Brother watches us from up high. I still wonder whether it is day or night in my city.

5 thoughts on “Night and Day in Havana, Cuba”