Even from jail, the political prisoners continue protesting against the Ortega Murillo regime, despite reprisals that include beatings and isolation. 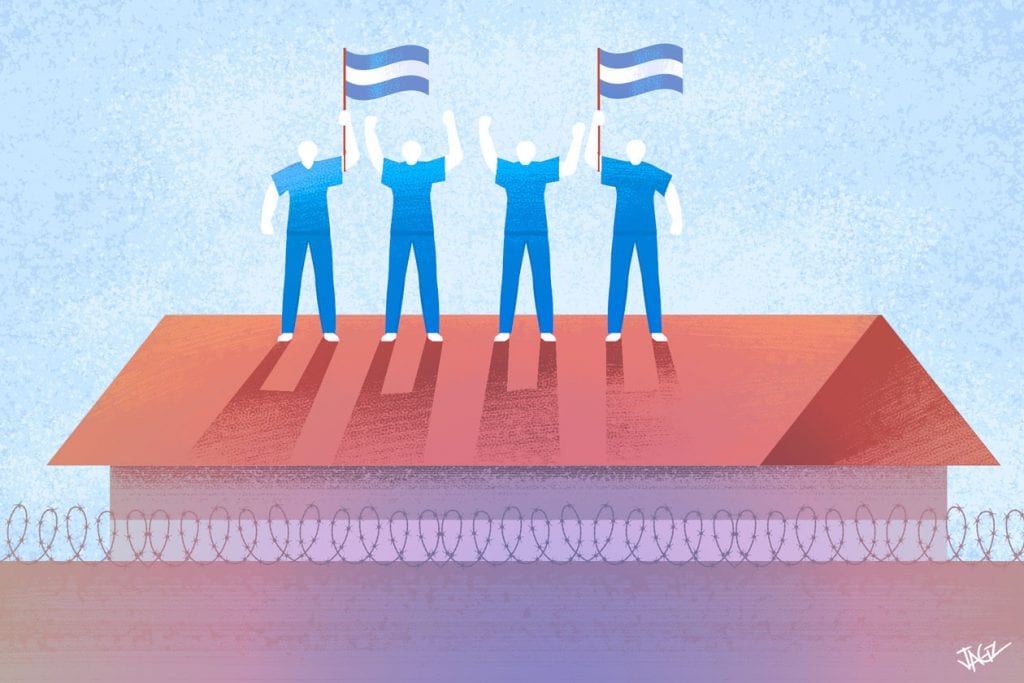 HAVANA TIMES – In the last ten months, more than 700 people have been arrested for participating in the civic protests that began last April and took the life of at least 325 people, according to the Inter-American Commission for Human Rights. The political prisoners are now termed by the regime as “coup plotters and roadblockers”. As of the present date, at least 138 of them have been found guilty and sentenced to harsh prison terms.

Nonetheless, their struggle hasn’t died in jail, since they’ve found a number of ways to protest and demand their freedom from within.  For doing so, they’ve been beaten up and isolated in maximum security cells. The latest case occurred last weekend, when in an act of rebellion, the prisoners broke through the ceiling of gallery 16-1 in the men’s prison known as La Modelo and got up onto the roof with Nicaraguan flags, singing the National Anthem.

For this audacity, Yubrank Suazo, who protested from his cell in a video that went viral on social media, was one of the prisoners who was punished most severely. According to denunciations from his family members, after raising his voice he was beaten and transferred to the section known as “little hellhole”, together with Chester Membreno. Niu-Confidencial has put together a summary of all the forms of resistance that the political prisoners in the country’s jails have engaged in.

Blue and white bags and flags 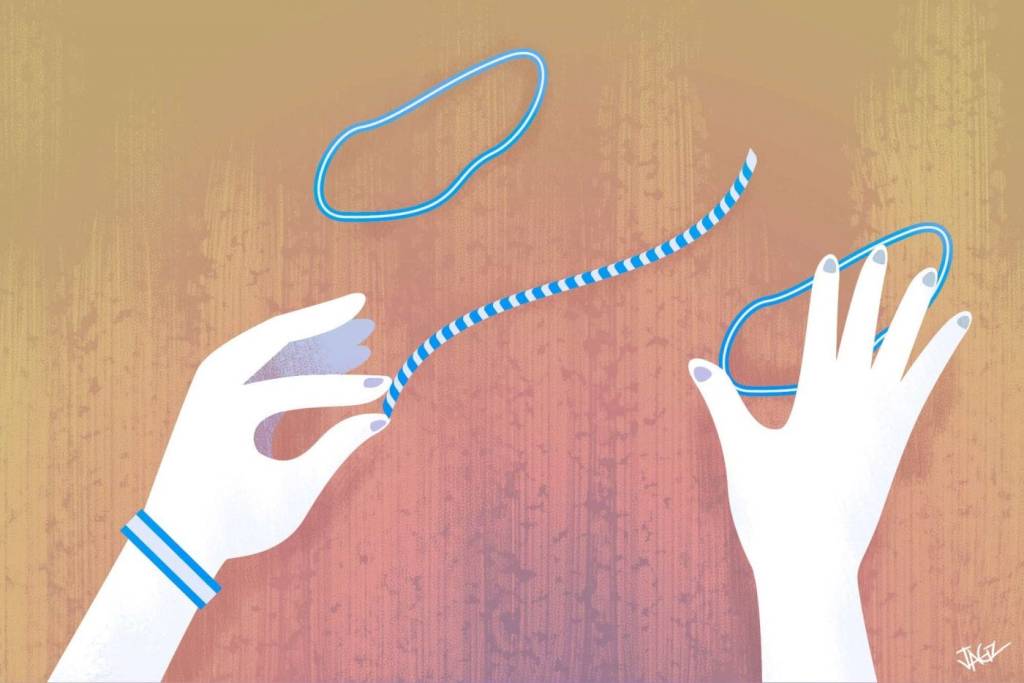 Julio Cesar Espinoza, the riot squad member who refused to shoot, learned in prison how to make bracelets out of plastic bags. That was one of the forms of resistance that he and the other hundreds of political prisoners used to keep alive the struggle that had brought them to jail. They made the bracelets out of blue and white colored bags that their family members brought them; the prisoners would convert these bags into handbags and bracelets, and give them back to their family members. This act, seemingly insignificant, made their guards so uneasy that they forbade family members to bring in bags of that color. 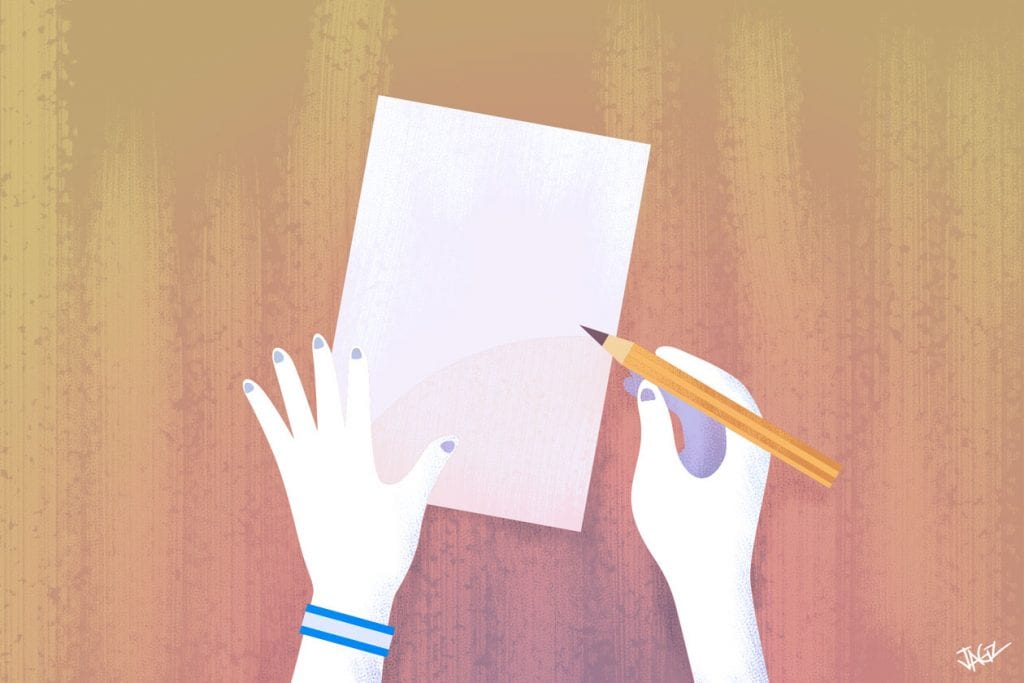 From the La Modelo and the La Esperanza jails, heartrending letters have gone out, in which the prisoners talk about the difficulties they’re living through in prison and also send messages of hope to their family members. Starina, Irlanda Jerez’ daughter, smuggled out a piece of paper her mother had written, and managed to hide it in a book and take it out of the country when she was forced into exile. The letters from prison have spoken of torture, mistreatment, and a lack of medical attention. The prisoners have paid for such letters with blows, solitary confinement, restrictions and psychological tortures, the lawyers and family members of the political prisoners complain. 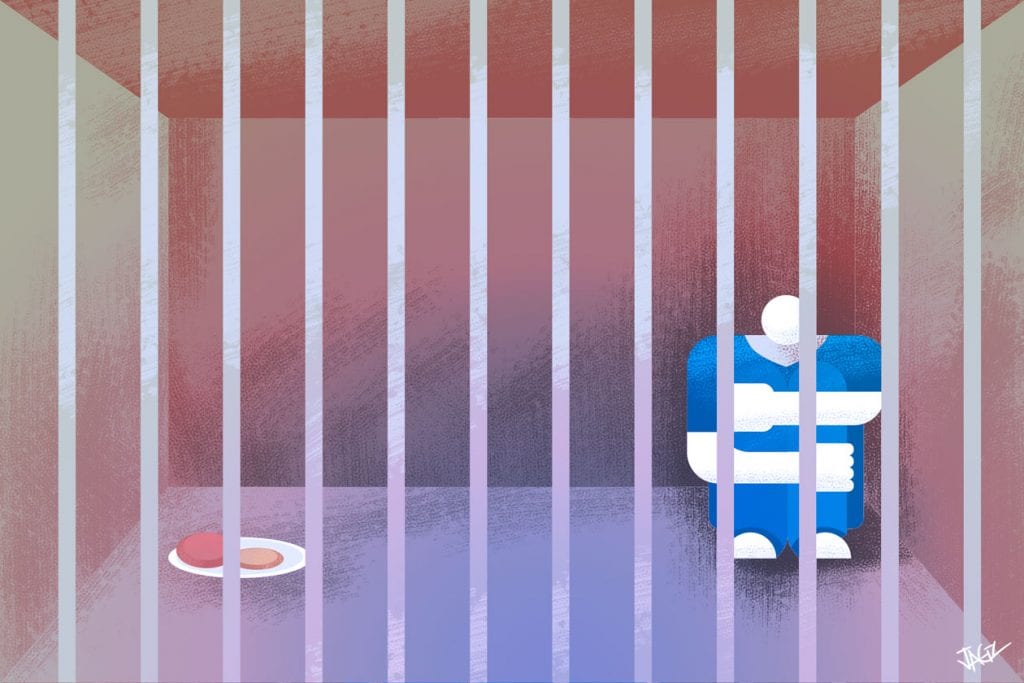 Political prisoners Nelly Roque, Amaya Coppens, Karla Matus, Johana Delgado, Maria Adilia Peralta, Yaritza Mairena, Solange Centeno and Yamileth Gutierrez spent over ten days on a hunger strike to demand the total liberation of all the political prisoners. They haven’t been the only ones to make use of this initiative to protest in prison: a few weeks ago, journalist Miguel Mora spent over a week without taking food. Mora eventually abandoned his strike due to the pleas of his family, concerned about his deteriorating health. 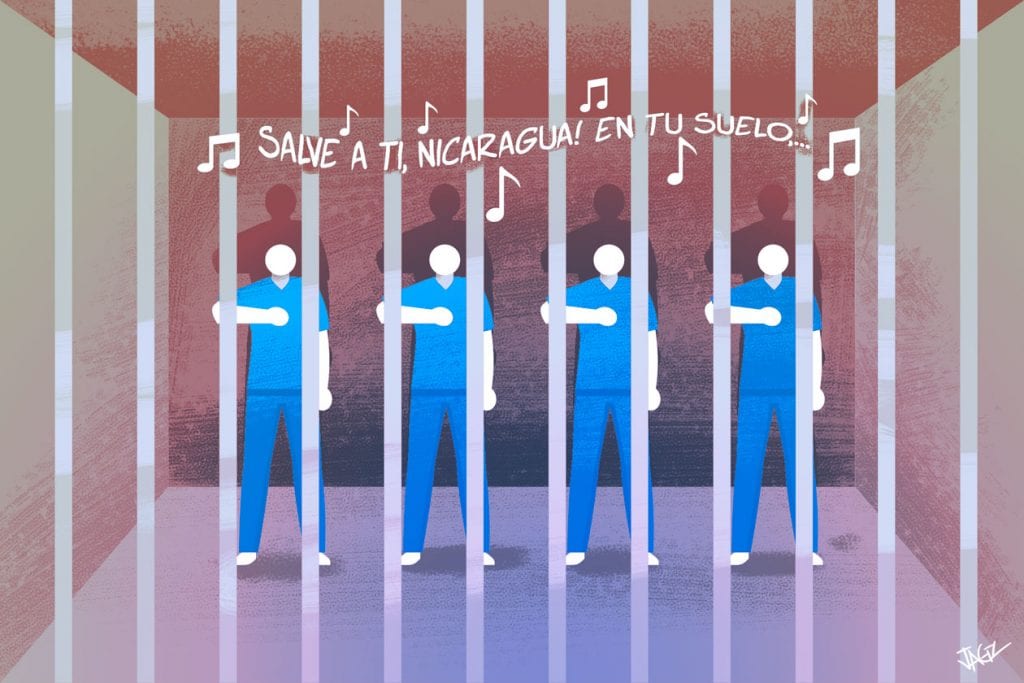 The prisoners in Gallery 16 have been beaten numerous times for singing the national anthem that there are probably some who’ve lost track. One of the last times, the released prisoners tell us, was in February. On that occasion, the guards entered the gallery, threw tear gas, distributed blows and took away those that – according to them – had begun the disturbance. The act of singing the national anthem used to be a simple demonstration of civic pride; today, however, it’s considered a criminal act by the Ortega Murillo regime.

Banging on the bars 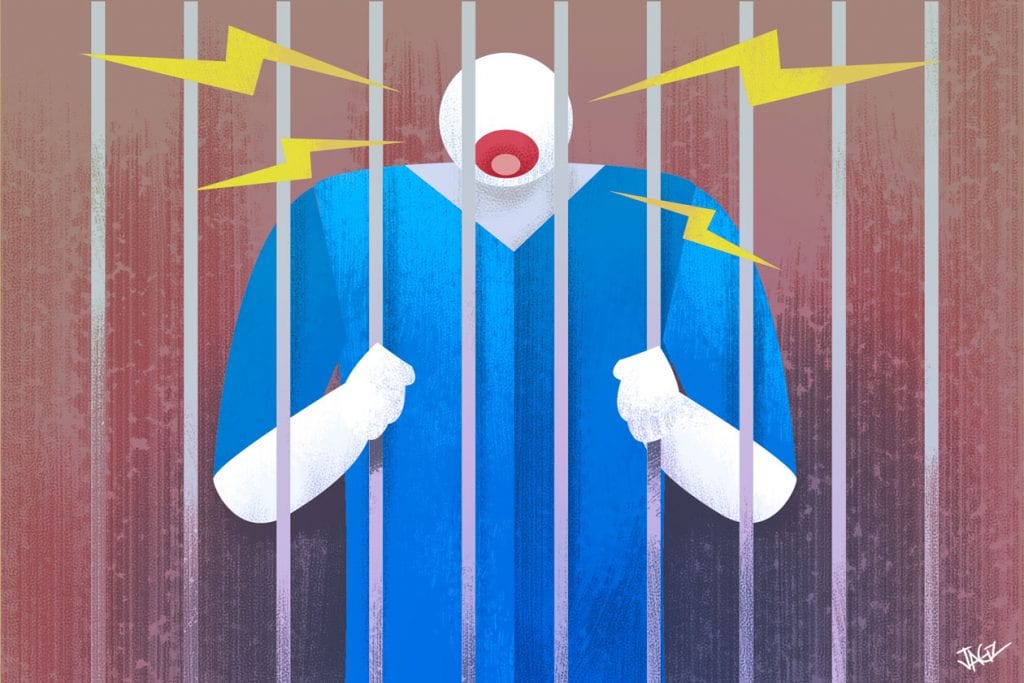 More than a form of protest, banging on the cell bars in the national penitentiaries is a way of demanding help for prisoners who are sick and are being ignored by the authorities of the Prison System. In September of last year, Dilon Zeledon, 20, was recovering from illness in gallery 16, and the prisoners had to bang repeatedly on the bars to get someone from the infirmary to come check on him. As a consequence, Roberto Cruz, a prisoner from Matagalpa, was transferred to a punishment cell. The same prisoners have denounced the fact that this wasn’t an isolated incident.