Ladyranch is my acre of land on the Mexican border, and currently, three women live on it.

The morning was cool and overcast but expected to clear.

We were headed from our tiny town on the Mexican border, up through McNeal, Elfrida, and on to just north of Sunsites in search of California poppies. Remembering last year’s display, I wanted to share the beauty with the two women here.

An hour later, we were there, parked across the road from JH Helicopter Service, right at the corner of Wylie Coyote Road and Horse Country Road. Really.

But the poppies were still sleeping. The cool morning and overcast start of the day had left them unable to open yet.

So we waited. We walked a bit and found a few other things to photograph.

But it was quite cool, so we climbed back into the car and ate our snacks. Well, at least I did. I devoured everything I’d brought along: the end of a bag of peanut butter pretzels, a Kind bar with cashews and cherries, and banana.

But eventually, it warmed up and poppies filled the fields.

And not just poppies.

Around 10:30, we decided to head back south making a quick stop to photo remains of an old windmill.

We gassed up in Elfrida because the prices were far lower than in Bisbee, the town near where I live.

We passed a field plowed and ready for planting and one already planted.

This part of the county is known for cotton even though it is an absurd crop to grow in the desert. It takes over 5000 gallons of water to produce 1 kg of cotton. No wonder our water table is dropping! And then we saw one field: It looked like a few bales of cotton had exploded before they were picked up.

But soon we were near the turnoff to Whitewater Draw. Why pass it up?

No cranes since they’d all gone north. But there were hundreds of Yellow-headed Blackbirds.

And then the star of the show: mama owl and her babies!

On our way home, another old windmill.

Poppies, Whitewater, blackbirds, owls, and two old windmills. We were sated when we headed out on them last twenty-five minutes to home.
—–
*Emilie Vardaman is a Havana Times contributor living along the border between the US and Mexico in Southeastern Arizona. Her personal FB page is: https://emilievardaman.com 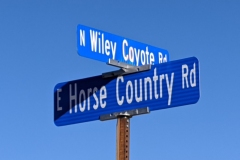 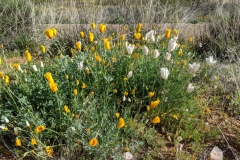 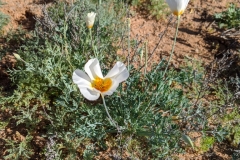 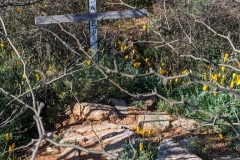 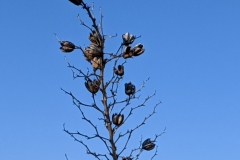 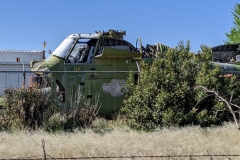 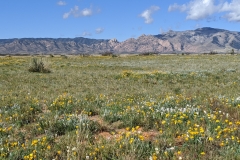 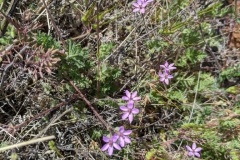 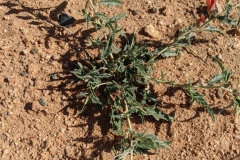 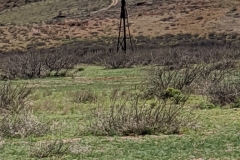 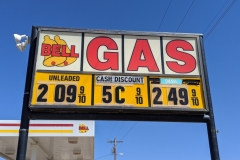 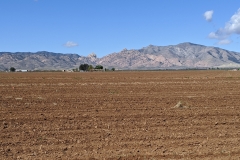 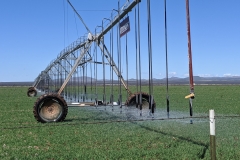 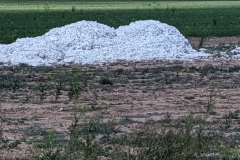 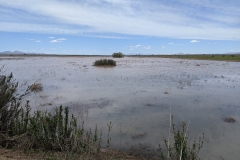 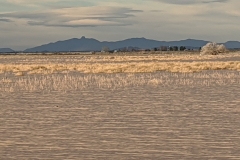 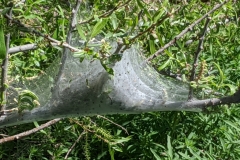 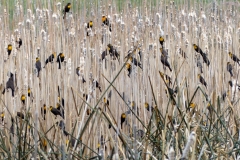 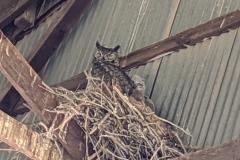 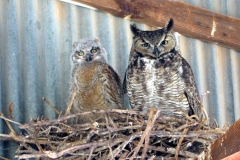 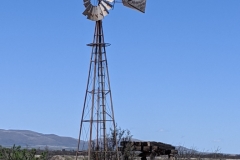