Text and Photos by Joseph Hammond (in Qatar)

HAVANA TIMES — If you’re not coming to Dukhan to work at its famous oilfield or visit its isolated beaches there is a little reason to visit the Qatari town. Yet it is here that the recent completion of a new hospital marks a new chapter in the history of Qatar and Cuba.

Originally named the Dukhan Hospital the Qatari government quickly gave it a new title: The Cuban Hospital, fitting for a facility staffed by over 200 Cuban medical professionals.

In January 2012, the Emir of Qatar Shaikh Hamad Bin Khalifa Al Thani personally opened the facility. He was joined in doing so by the Cuban Health Minister Roberto Morales.

In fact the unofficial opening for the site had already taken place nearly a year prior. Signs outside the complex proudly proclaim it the Cuban Hospital and images of the Cuban flag can be found scattered throughout the building.

The Qatari government has encouraged the branding of the site of as “The Cuban Hospital” and even suggested to the Cuban government that medical staff be allowed to bring their families.

Yet, the hospital is not the first Cuban medical effort in the Middle East. Cuban doctors under the guise of socialist internationalism have served in Yemen, Algeria and Iraq. Currently some 40,000 Cuban medical personnel serve in nearly 70 countries around the world.

Currently, the largest contingent of Cuban medical staff aboard is stationed in Venezuela as part of a “doctors for oil “program. While Cuban medical personnel have been involved in joint hospitals in China and Nigeria, the hospital in Qatar is solely branded as a Cuban Hospital.

Presumably, such an experiment could also lead to higher wages for Cuban health workers working abroad which are currently dismal. Including stipends and wages even highly trained specialist staffs at the Cuban Hospital currently earn for themselves just a few hundred dollars in cash plus living expenses, which adds up to under $2,000 a month.

In short, Cuba’s skilled doctors in Qatar are some of the lowest paid workers in the world’s richest economy. Despite receiving free housing, transportation and subsidized communication costs. Doctors concede that life is tough at the facility located in a remote location in the Qatari desert.

The hospital’s medical director, Dr. Luis M. Nafeh Abi-Rezk is a Cuban of Arab descent. He explains the challenges of working in Dukhan in this way, “We are a large family and we continue to develop as a team; we are committed to our task of providing a high level of health care level to the population in Qatar, even in the middle of the desert.”

Patriotism is clearly one factor motivating the hospital’s staff to contemplate contract extensions. Another is hard currency: money from stipends can be saved for family members back home.

Currently, the Cuban staff serves two-year stints in Qatar. Some Cuban medical staff may be rewarded with an automobile on their return home. Internet privileges and cellphones are other benefits some of Cuban staff receive.

As the site plans for the number of Cubans at the facility to approach 400 in the coming years there are also plans to build a field for playing baseball, Cuba’s most popular sport.

As Cuba begins the transition to a post-Fidel era and the slow movement toward market reforms, the success of the hospital in Qatar could serve as a model for further expansion.

Cuban Hospitals could be created in a number of countries with “stipends” closer to proper salaries for medical staff.  Cuba must begin considering ways to keep its medical staff content and well-treated. The developed world faces a shortage of nurses with some 800,000 vacancies projected by 2020 in the United States alone.

Cuban doctors may be competing on the open market sooner than they think. Qatar’s hospitals will undergo a privatization process ahead of the 2022 FIFA World Cup in which the hospitals will receive payments based on treatments provided to patients.

The Cuban Hospital’s Chief Operating Officer Phil Lowen believes that the Cuban Hospital could be competitive under a more free-market system; “The patient is at the center of the system under the Cuban model and the emphasis is on patient experiences and the quality of care.“

Lowen also concedes that the project is somewhat unusual. “The very idea of this hospital ‘Cubans in the desert’, it’s not the kind of story your read every day.” 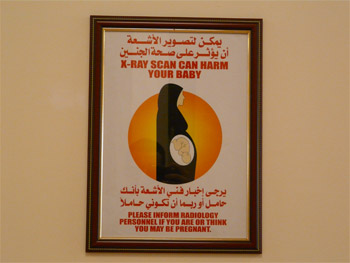 In deference to Arab culture, the hospital has discrete sections for women and male patients. Lowen also points out that the facility provides an employment opportunity for rural Qatari women in the area.

The mixing of cultures has added a cosmopolitan character to the remote site. “Come back in a few years we will all be speaking a patois of Arabic and Spanish and English” Lowen jokes.

Though the hospital has seen a steady of trickle of visitors from Doha, the remote location of the hospital plays to the strengths of the Cuban medical team.

Equalizing health care between rural and urban settings, a challenge for even advanced economies is a focus area of the Cuban health care system.

For Qatar the hospital marks yet another example of the country’s desire to set its own path toward development.  The transfer of the best practices from the Cuban model is one of the benefits of the program for the host country. The Cuban hospital in the desert is also an example of Qatar’s maverick foreign policy as it tries to raise its status on the world stage.