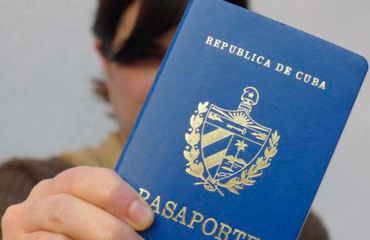 HAVANA TIMES — Once again, a Florida politician has announced his intention of modifying the Cuban Adjustment Act to prevent Cubans who have been taken in by the United States as political refugees from returning to Cuba before becoming US citizens – that is to say, before a minimum five-year term.

This time around, it was Republican Carlos Curbelo who advanced a legislative proposal to modify the 1966 legislation. In Curbelo’s view, Cubans who return to the island are abusing the Act and benefitting the Cuban government by returning to their country immediately after securing US residency.

“We are aware of the abuses of the Cuban Adjustment Act and we are trying to ensure that only those who suffer oppression in Cuba can benefit from the law,” the congressman declared in a statement for the press.

The idea, however, is far from new. Ever since the Cuban government reduced travel restrictions in January of 2013, representatives Mario Lincoln Diaz Balart and Ileana Ros-Lethinen have been threatening with revising the legislation.

Since then, it’s been known that maintaining the privilege of being taken in as residents upon arrival was going to impel greater numbers of Cubans to invoke the Act in order to become US residents and be able to return to Cuba frequently, leading a life that could hardly be equated with that of a political refugee.

Announcements like Curbelo’s immediately raise tensions among those who have plans of reaching the US border or, already in the United States, have yet to secure legal residency.

“When they started saying at the beginning of the year that they would revoke the Act, it became a constant subject of conversation at home,” says M.P. in Miami, where he shares a rental with two other friends who have just arrived in the United States and is waiting the time required to begin his permanent residency application (a year and one day).

The young woman, who chose to remain anonymous because her residency is currently being processed, considers Curbelo’s announcement “a bit of drama to advance his political career at the expense of others.” She recalls that not even US immigration officials care much about why Cubans request asylum. “These officials fill out the forms without you having to say anything. In my case, the official asked: ‘why are you requesting asylum?’ The guard there answered: ‘because Cuba has no future under the Castros. I didn’t even a say word.”

“The Cuban Adjustment Act is an anachronism and it encourages dangerous and illegal forms of immigration. It also serves as a pretext for the US consulate in Havana to deny Cubans non-immigrant visas.” -attorney Jose Pertierra

For Oscar Visiedo, a political analyst also based in Miami, the congressman’s efforts cater to the most conservative sector of the Cuban-born electorate, manipulating the aim and usefulness of the current Act. In addition, “he seeks to show his constituency that he and his allies continue in control, despite the measures adopted by the Obama administration.”

“It seems as though they want to punish the Cuban community,” said Visiedo, thinking it curious that this demand by the Republican “coincides” with that of the Cuban authorities, who hope to erode the benefits afforded by this exclusive legal privilege.

Though disagreeing with the congressman’s political aims, Cuban-American lawyer Jose Pertierra, who resides in Washington, also believes the Act needs to be modified.

“The Cuban Adjustment Act is an anachronism and it encourages dangerous and illegal forms of immigration. It also serves as a pretext for the US consulate in Havana to deny Cubans non-immigrant visas. Cubans who request a non-immigrant visa (as tourists, students and others), have to demonstrate they have a home in Cuba to return to. There is the legal presumption that those who wish to travel to the United States as tourists will remain in the United States. If a law that gives Cubans US residency after a year and one day in the country exists above that legal presumption, it is very hard to shake such a presumption.”

Pertierra does not predict Curbelo’s idea will be long-lived, if it ever makes it to the halls of Congress. “The Democrats don’t want to rock the boat in Miami, they prefer to look for support for Obama’s Cuba initiatives. The Republican Right wants to maintain an Act that serves to destabilize Cuba. Curbelo is very much isolated in this effort.”

In effect, without sufficient support from the House of Representatives and the Senate (which the Florida representative seems to lack), the adjustment of the Cuban Adjustment Act is not likely to make any progress. It is not a political issue in Miami, Pertierra insists. “There are Cubans in Miami who want to change it and others who do not. It’s the same in Cuba. Some people there don’t want the Act eliminated, others do. But the vote that counts isn’t Miami’s or Havana’s. It’s the vote of the legislators in Washington.”

One thought on “Re-Adjusting the Cuban Adjustment Act”