HAVANA TIMES – Popular religiosity is usually a consolation for the soul, a spiritual refuge. It is also an alternative to solve problems, be they health, social or economic.

On September 24, a holy date, the Church of Our Lady of Mercy received its devotees at the main gate. Out in front the venerated image was displayed. This time, the procession that takes place every year on this date could not be. It was only possible to walk in front of the image, behind the barrier to avoid massiveness.

In the Catholic religion the Virgin of Mercy the patron saint of prisoners. In the Afro-Cuban religion, it is syncretized with Obbatala, father of all the children on earth, creator of human beings and everything that lives on the planet. It has its temple on Cuba Street number 806, in the San Isidro neighborhood, in Old Havana.

The difficulties imposed by the pandemic changed the religious landscape. The necessary social isolation has imposed a barrier. Preventing further reinfection in the Cuban population has caused a distancing. Thus, prayers, candles, flowers have remained in the distance.

Strengthening faith, adapting religiosity to these times, has led to prayers from homes asking for stability on the planet. 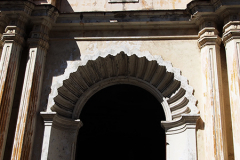 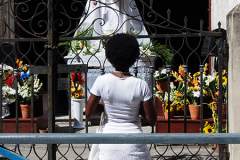 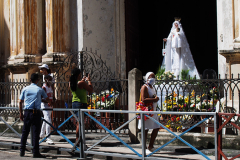 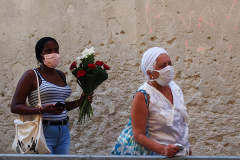 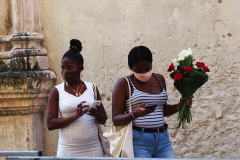 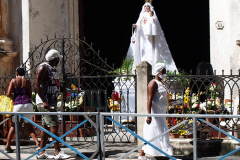 Havana a look at the Havana Times photo features.

One thought on “Religiousness in Times of Pandemic in Havana”