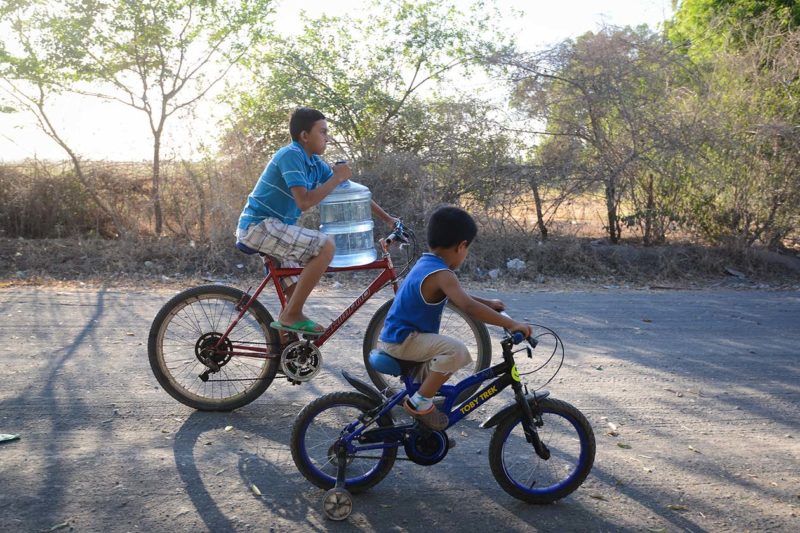 HAVANA TIMES – The global health crisis caused by Covid-19 came to further mark the gaps that already existed between populations in rural and urban areas, since a basic right such as access to drinking water becomes a challenge. More in times of pandemic, when the main recommendation to fight the virus, is washing your hands.

“Right now, when water is needed more than ever, is when it starts to be evident how the lack of measures or protection has an explosion of accumulated crisis.  Because the water crisis is a crisis that is seen over time and not overnight,” says Ludwing Moncada, researcher at “Hora Cero,” who presented the report: “An Unequal Country: Water and Covid-19 in Nicaragua.”

In our country, according to the latest data collected by the Nicaraguan Demographic and Health Survey (ENDESA), in 2012, only 66% of the total population had access to drinking water. And in the rural sector, 69.5% of the inhabitants live without access to a reliable water supply, unlike those who live in urban areas, which have access to supply in 91.2%.

In rural areas, those responsible for supplying this service are the Drinking Water and Sanitation Committees (CAPS) because the Nicaraguan Company of Aqueducts and Sewers (ENACAL)—which until 2015 managed 82% of the water supply service in the country—does not offer the service.

“In rural localities the drinking water service is administered by CAPS. And according to the second report on the “Human Right to Drinking Water and Sanitation in rural Nicaragua,” published by ONGAWA for 2015, “it is estimated that at least 1,200,000 Nicaraguans have water through the actions of the CAPS; that is to say, around 20% of the population,” details the “Hora cero” report.

The problem of access to drinking water increases because it is not enough for households to have a supply, because as revealed by the Environmental Performance Index published in 2018, only 51.6% of the population has access to water in a secure manner. The rest have a basic, limited service or limited to water from surface sources.

“70% of families have access to water for all uses; however, it does not mean dependability of the service. (Because) one in three households has access with a supply of less than five hours a day and one in ten families assures that they stay more than three days a week without water during the dry season,” Moncada points out.

Furthermore, the data published by ONGAWA, an NGO that has been working for the right of water for almost 30 years, reveals that one in four families affirms that they only have water to drink. So, in a locality like this, to follow the recommendations of constant hand and surfaces washing, the challenge and risk of infection is greater.

“Due to the geographical characteristics of the country, in some urban and rural areas of the dry corridor—due to scarce precipitation in past rainy seasons, as well as systematic and destructive practices such as the cutting of forests for the extraction of wood and livestock—makes drinking water supply a latent problem. There are at least 200 rural communities in some 10 municipalities in the departments of Madriz and Nueva Segovia that lack water for consumption,” explains the report published this week.

Inequality also prevails in the cost of water. Because, although by right, water consumption is not charged and there is an amount established by the Central Bank of Nicaragua, Nicaraguan families pay more for the supply than large companies.

“The average monthly consumption to satisfy basic needs of a family is 15 m³, for which it would pay an approximate amount of 330 cordobas (10 USD), while, for the same amount of water consumed, a bottling or beer company would pay the amount of 25 cordobas (0.80 USD), and a sugar or rice mill would pay 0 cordobas for the irrigation of their plantations,” the researchers indicated in the “Hora Cero” report.

This occurs because, although the General Water Law established 13 years ago the creation of a guidelines to determine the payment for the use or exploitation of water sources, it has not been created. Allowing certain sectors to benefit, despite the fact that this means that the State would stop receiving money that would allow expanding the coverage of drinking water services and investing in the protection of bodies of water and groundwater recharge areas.

“The non-existence of a royalty law has meant that the agricultural sector, which uses 70% of the total amount of water used in the country, enjoys free water and pays only the authorization or concession for its use and not the water per se,” explains the report.

One thought on “Rural Nicaraguans: Living without Water Amid a Pandemic”