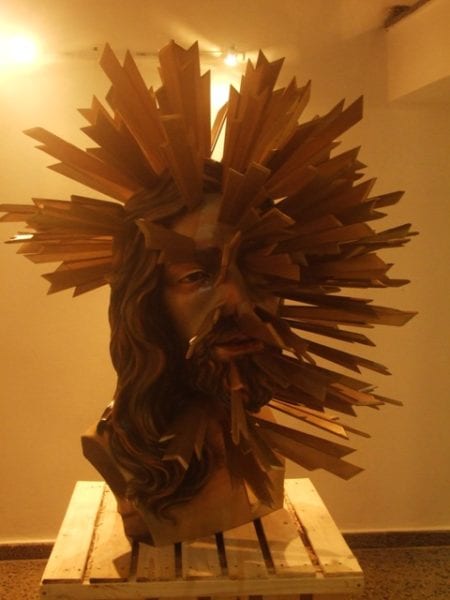 Luis Enrique has chosen to put his viewers in front of what is sacred and religious in different universal cultures. He has taken sculpture and drawing as the mediums for his thesis, showing sacred and religious environments through a gaze that goes beyond conceptual art.

I say beyond conceptual art because Enrique Milan is delving in an arts movement that has recently been emerging in Cuba’s creative world (I might write about this in another article): Hermetic Art.

Figures that drown as if they were in a black hole, a deformation of their original state, while others melt or mock themselves with a certain touch of black humor. 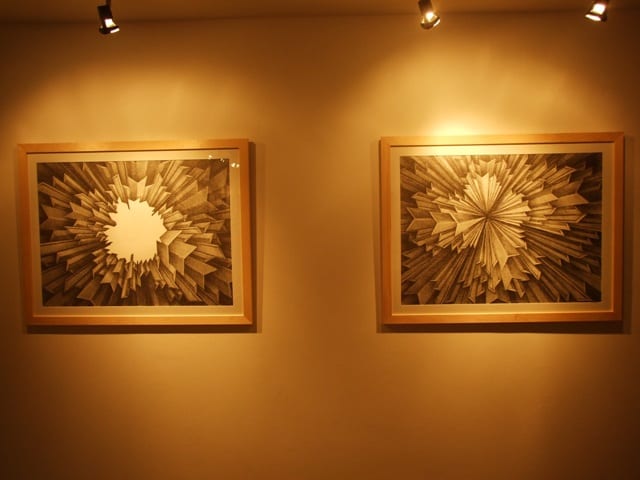 The reality is that every image that represents a religious state is deformed in front of the viewer, damaging their own religious beliefs, as if they themselves were self-destructing.

The exhibition on the top floor is made up of a dozen drawings, which don’t escape this path that the artist has paved as a way for us to reflect upon the loss of faith, spiritual crises, to make us know that people today have been subverting their horizons, which has led them to desacrilize the divine.

Luis Enrique Milan Boza’s zonas sagradas will be on show and open to the public at the Collage Habana gallery, on San Rafael street in Central Havana, until April 1st. Mondays-Fridays: 10 AM-6 PM and Saturdays until 2 PM.