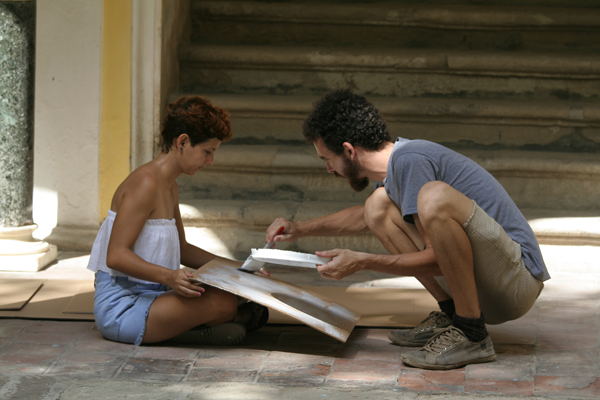 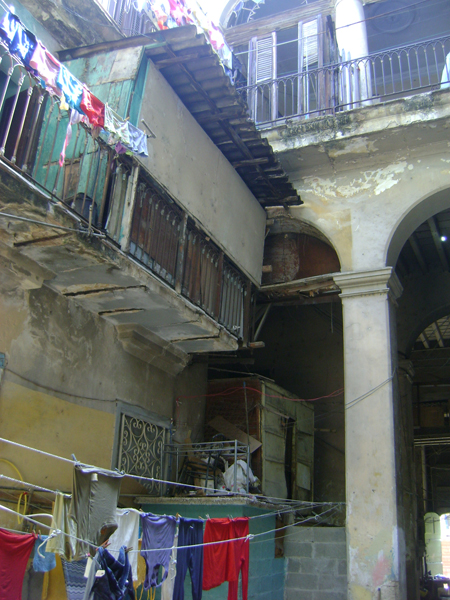 HAVANA TIMES — Housing is an issue of concern for large numbers of people around the world, particularly in Latin America. For the 12th Havana Arts Biennale, Mexican artist Sandra Calvo delves into the controversial issue of the family space with a project titled La multiplicidad del paisaje interior (“The Multiplicity of the Inner Landscape”).

Inspired by a trip to Colombia, Cuba and around her own country, on this occasion the artist recreates the typical Havana tenement, a type of low-income housing complex inherited from colonial times, when Cuban architecture was at its summit.

At the close of the 19th century, after many mansions and small palaces were abandoned by their owners, emancipated slaves without homes began to occupy these dwellings. Thus began the first structural modifications of the properties.

The process of deconstructing and rebuilding the city’s architecture in search of more private spaces partitioned the original layout, which began to be subdivided in an effort to address the housing deficit. 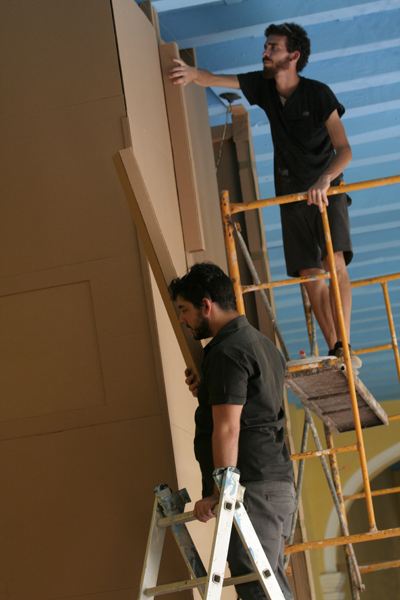 This led to an unwanted situation: the rapid deterioration of buildings that were once considered relics of Cuban architecture. This is Sandra Calvo’s aim: to rethink this reality from the perspective of what we are doing and undoing.

The artist replicated the Cuban tenement with life-sized cardboard structures and placed it on display, next to museum pieces, at the Casa de la Obrapia in Old Havana, to tell us this story from what is perhaps the largest tenement in the old town, place that has become an architectural model and the emblem of an entire period in history. This way, false roofs, small and inaccessible spaces are converted into dwellings, flights of stairs, architraves, balconies and truncated glasswork – everything is useful in the Cuban tenement.

To build her Cuban tenement, Sandra Calvo carried out research, involving individuals who later helped her build the structure, and using places as models for the piece (affording the artist typical features of the place to be recreated). Other installations and audiovisual materials gave the exhibition more versatility.

Havana’s 12th Arts Biennale continues through June 22nd at dozens of venues in the Cuban capital.