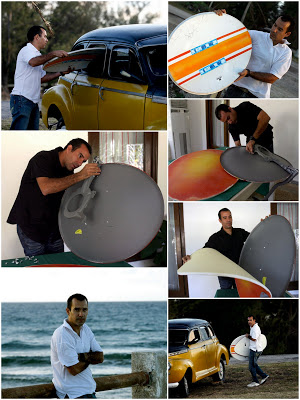 HAVANA TIMES — An Internet freedom activist linked to the smuggling of satellite dishes to Cuba said he wouldn’t feel safe going back to the island “until the situation changes there.”

Guerra, the former director of the Internet Freedom Project at Freedom House in Washington, D.C., declined to give details on the projects he has carried out in Cuba.

Cuban authorities allege that Guerra took part in “Operation Surf,” aimed at disguising satellite dishes as boogie boards and smuggling them to Cuba.

Guerra said, “I can’t comment other than saying that if you’re familiar with the technology, it’s ridiculous. It’s just that satellite dishes don’t look like surf boards. I won’t comment any further on that.”

So was Guerra saying that the operation didn’t take place – that no one smuggled the satellite dishes to Cuba, as Cuban officials claimed in March 2011 video?

“I have not seen the video, so I cannot comment on that,” replied Guerra, a founding director of Privaterra, which assists non-governmental organizations with matters of data privacy, information security and human rights.

The Cuban government’s version of events is that a California man named Barry Fink smuggled satellite dishes to Cuba as part of a U.S. government-financed operation in 2008. 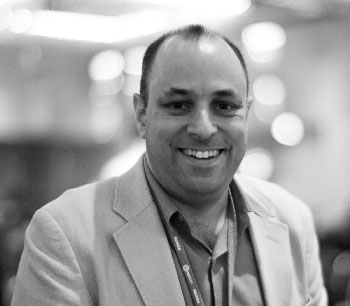 The satellite dishes wound up in the hands of a Cuban electronics technician named Dalexi González Madruga.

González went to Cuban authorities with what he knew and became an informant, nicknamed Agent Rául.

González said when he met Fink in 2008, Fink introduced himself with the code words: “How’s the surf in the south of France?”

González answered with the correct password and they got on with business. Cuba’s state-run Granma newspaper reported:

They headed for a minibus parked a few meters away, and Barry gave him four satellite dishes, camouflaged as surf boards…

Fink, a commercial video producer based in Marina Del Rey, Calif., declined to talk about the supposed operation.

Asked if he had signed a confidentiality agreement, Fink said no, but preferred not to comment.

“I do not think it would be appropriate.”

Guerra is an expert on Internet freedom and cybersecurity, according to his LinkedIn profile. Cuban officials allege that he acted as González’s handler.

Asked if he worried he could be arrested in Cuba, Guerra said he “took a lot of care” to be discreet while on the island.

“I was in Cuba for a long period of time,” he said. “You just expose yourself to problems.”

The working environment is challenging, he said.

“It’s no different than the Cold War with the Russians,” he said. “If you’re experienced, you can deal with it. If you’re naive, it can be more of a problem.”

What does Guerra think of the plight of Alan Gross, the American development worker jailed in Cuba in December 2009 while carrying out a U.S. government-financed democracy program?

“I’m familiar with that case and I think one has to be aware of that,” he said.

Gross is in a difficult spot, Guerra said, because the U.S. government doesn’t have diplomatic relations with Cuba, making it more difficult for American officials to negotiate for his release.

Cuban officials contend that the Internet freedom activists smuggled the satellite dishes into Cuba as part of a plan to set up an illegal communications network in Cuba. They hoped to set up a mobile Internet connection free from socialist government control.

“The internet works VERY RAPIDLY!” a technician told his Cuban contact while describing the equipment. ” …You may use Skype, Yahoo video + voice… Next week we will be talking FOR FREE!”

Guerra said he hasn’t been involved in any Cuba projects “for the last couple of years,” but imagines that democracy activists have changed their approach.

The Cuban government has loosened travel restrictions, making it easier for such activists as Cuban blogger Yoani Sanchez to travel to and from the island.

“Yoani, who would have thought many years ago that she would be on a world tour?” Guerra asked. “Others can travel, as well. That changes the dynamic. There’s a lot that is changing on the island.”