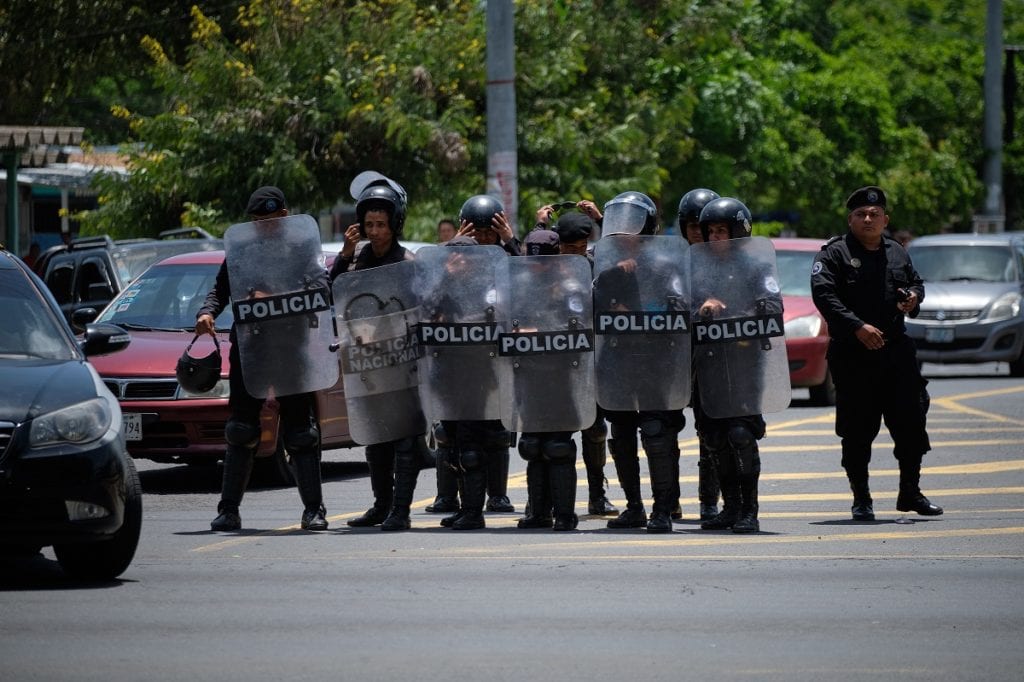 HAVANA TIMES – The government of Daniel Ortega and Rosario Murillo has prolonged the harassment and repression against opposition voices, assured the Deputy High Commissioner for Human Rights of the United Nations, Kate Gilmore, who on Wednesday July 10, presented an oral report on Nicaragua to the Human Rights Council of the UN.

“The human rights violations committed in that context (civil demonstrations) remain unaccounted for. Peaceful protest and dissent continues to be repressed,” Gilmore said.

She stressed that the UN Human Rights Council, the GIEI experts and the Inter-American Commission on Human Rights had documented “gross human rights violations in the context of the protests,” but the government continues to deny any “responsibility” of its National Police officers and Ortega’s paramilitary forces.

“It is crucial to ensure accountability without any exception, to ensure the victim’s right to truth and reparation, and to determine the guarantees the State will put in place to avoid the recurrence of human rights violations,” Gilmore added.

The official explained that since last February, 442 political prisoners have been released, of those 336 under “alternative measures to detention” [mainly house arrest] while 106 under the recently adopted Amnesty Law.

She added that, according to various sources, more than 80 citizens remain in custody “under severe conditions.” “Our Office has received allegations that some of them were subjected to torture or ill-treatment by correction officers,” she said.

Prior to Gilmore’s presentation, UN OHCHR published the last monthly report on Nicaragua, in which it explains that the “imprecise” and lack of “clarity” text of the Amnesty Law provides the Ortega regime with “broad interpretation powers,” in regards to the crimes and citizens to whom it will be applied.

“Ambiguities in its wording (the Amnesty Law) could benefit the perpetrators of serious human rights violations, in contradiction with international norms and standards,” warns the UN OHCHR.

Prior to the approval of the legislation, on June 8, the High Commissioner Michelle Bachelet, exhorted the Ortega regime not to approve the amnesty because it would benefit those potentially “responsible for human rights violations in the protests against the government.”

This concern is shared by the Inter-American Commission on Human Rights (IACHR), whose rapporteur for Nicaragua, Antonia Urrejola, mentioned in an interview with the program “Esta Noche” that they were concerned that the legislation “would have as an objective to embody impunity.”

“The law, in the opinion of the Commission, is ambiguous. We are concerned from a legislative technical point of view. It is very unclear about what political crimes and common crimes it refers to, therefore, we are concerned about the scope that law will have.”

The Mothers of April Association (AMA) filed last week more than 25 unconstitutionality appeals against the Amnesty Law, and one of the articles that was rejected was number 2, which states that the amnesty “covers all political crimes and related common crimes.”

Francys Valdivia Machado, President of AMA, noted that this article “contrasts with our legislation in view of the fact that the Criminal Code does not recognize what political crimes are.”

The report of the Office of the High Commissioner underlines that article 3 of the legislation “could inhibit the exercise of freedom of expression and peaceful assembly, and be used to restrict the legitimate and peaceful exercise of those rights.”

This article mandates that all beneficiaries of the amnesty do not repeat the crimes indicated in the legislation. “The failure to observe the principle of non-repetition brings as a consequence the revocation of the benefit established by this law.”

The UN OHCHR recommended that the regime review the Amnesty Law and the Law of Comprehensive Attention to Victims—approved at the end of last May–, with “a sense of urgency,” so that they guarantee a “genuinely participatory” process, and be “fully compatible” with applicable norms and standards in the matter of human rights.

“The impunity of those responsible for grave violations and abuses of human rights at the expense of the right to truth, justice and reparation, will not allow reconciliation,” underlines the report, adding that the Office of the High Commissioner “stands ready to lend technical assistance to review this norm.”

Although UN OHCHR acknowledged the release of 106 political prisoners, including university leaders, peasants and journalists, it called on the regime to release the more than 80 political prisoners who are still being held hostage in prison.

The report contains a detailed list of the attacks suffered by the former political prisoners and their families after their release, for that reason OHCHR requested the regime to stop the paramilitaries’ operations.

The institution called “on the Government to protect all persons and organizations that express dissent or criticism from attacks by armed pro-government persons and any act of intimidation and reprisal.”