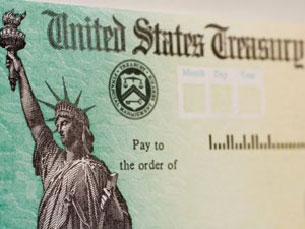 HAVANA TIMES — According to an official US government report, the United States froze US $253 million in Cuban assets in the course of 2012, the second highest figure among countries currently sanctioned as sponsors of terrorism.

The annual report on assets confiscated from terrorist states and organizations (TAR-2012), which the Treasury Department presented to Congress this year, indicated a 3 percent increase with respect to the figure reported the previous year (US $245 million), a number still well below the nearly 2 billion dollars in Iranian assets confiscated in the course of the year.

The total amount of funds frozen from States or organizations considered to be involved in terrorist activities in 2012 was US $2.2928 billion.

The remainder of the money confiscated from nations labeled as “terrorist” by the U.S. State Department belongs to Syria (US $77.7 million) and Sudan (US $25.6 million). The figures are cumulative and refer to the span of one year.

The report was submitted by the Treasury Department’s Office of Foreign Assets Control (OFAC) at the close of last month.

The 34-page document reports that U.S. authorities also continue to hold six properties in New York and Washington owned by the Cuban State, presumably destined to the country’s diplomatic and consular services.

Cuba was included in the list of nations that sponsor terrorism in the U.S. State Department’s most recent Country Reports on Terrorism, made public last week. The Cuban government called the gesture a “shameful label” and a “discredited maneuver” which continues to be practiced to justify the embargo imposed on the country.

“It is also intended to please a dwindling anti-Cuba minority that desperately insists on supporting a policy that is no longer sustainable and does not even represent the legitimate national interests of the United States, the majority of Americans and Cuban émigrés living in the country,” Cuba’s Foreign Ministry (MINREX) declaration stated.

This year, the report, which began to be submitted to Congress in 1993, was presented for the twenty-first time. Cuba began to be included in the list of state sponsors of terrorism in 1982.

Cuba has not revealed the location or the amount of money confiscated by the United States out of fear of lawsuits by U.S. citizens, which have been pursued before federal courts in recent years. Lawsuits seeking monetary compensation to be drawn from the Cuban government’s frozen assets currently meet with difficulties in terms of determining what U.S. banks are holding the funds.

Only three main accounts holding Cuban funds are currently known: three at the JP Morgan Chase Bank (formerly Chase Manhattan Bank), one at the National Bank of Cuba (BNC, now the Central  Bank of Cuba) and two at the Cuban Telecommunications Company (EMTELCUBA).

Cuba currently faces 5,911 lawsuits brought forth by corporations and individuals in connection with the confiscation of properties and other assets on the island after 1959, together seeking a compensation sum of nearly 7 billion dollars.

The assets are frozen under regulations for the control of Cuban assets established in 1963, when the total withheld was only $30 million. Since the OFAC does not have physical control over the assets frozen, TAR figures are based on numbers provided by different U.S. financial institutions.

A significant percentage of the funds accumulated in the course of the last decades arise from long-distance telephone calls to Cuba, while several million are accumulated yearly from inheritances from deceased U.S. citizens or residents who have heirs on the island.