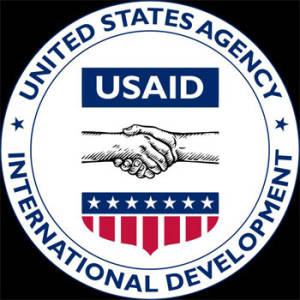 HAVANA TIMES — The United States Agency for International Development was created – it is alleged – to deliver food to the hungry and medical supplies to the injured, or to take part in humanitarian causes promoted by the United States.

In the case of Cuba, however, the opposite is true. Between 1996 and 2004, through the USAID, the government of the United States assigned more than $34 million to 25 counterrevolutionary organizations.

The USAID has become an entity that engages in covert political work against governments that Washington considers to be hostile. Dozens of its agents move in the shadow of right-wing organizations invented ad hoc and sponsored by the International Republican Institute, the National Democratic Institute, Freedom House, and several other “front” institutions under the guidance of the Central Intelligence Agency, according to the Cuban online encyclopedia EcuRed.

Against Cuba, the USAID has been involved in the increase of financial and material aid and the funding of subversive activities in coordination with the U.S. Interests Office in Havana.

Between 1996 and 2004, through the USAID, the government of the United States assigned more than $34 million to 25 counterrevolutionary organizations. But the federal agency declares that its budget has been reserved for NGOs (nongovernment organizations) “that promote a democratic transition in Cuba,” as it describes counterrevolutionary groups bankrolled by Washington and openly supplied and supported by the U.S. diplomats in Havana.

One of the agency’s most publicized scandals in Cuba has been its participation as a “front” in a secret plan by the U.S. government and its special services called “Cuba Democracy and Contingency Planning Program,” which ended in the arrest of U.S. citizen Alan P. Gross (now serving a 15 year sentence in Havana).

More recently, it was learned that on July 10, 2013, the USAID launched a $6 million subversive program against Cuba and sent descriptive documents to U.S. diplomats in Havana. According to the documents, the USAID was activating its Initiative SOL-OAA-13-000110, and at least 20 NGOs applied for the money to train alleged “dissidents” on the island in the next three years.

(Read “$6 million raffle for oppositionists is exposed“, in Progreso Weekly of Nov. 18.)

The purported objective is to provide the opportunity to the so-called oppositionists to travel abroad, learn technical skills and gain experience in “a series of fields that are considered to be important for the development of democracy and civilian society,” in open subversion of the political order in Cuba.

These are the USAID’s main partners, listed in order of the money they receive:

4. Foundation for Human Rights in Cuba – $3.4 million, from September 2011 till September 2014. The FHRC describes itself as a 501(c)3 nonprofit organization established in 1992 “to promote a nonviolent transition to a free and democratic Cuba by empowering independent civil society within Cuba.”

5. Support Group for Democracy – $3 million, from September 2012 till September 2015. The SGD is headed by Frank Hernández Trujillo and operates from headquarters at 1000 Ponce de Leon Blvd., in Coral Gables, Fla.

11 thoughts on “USAID partners in programs against Cuba”