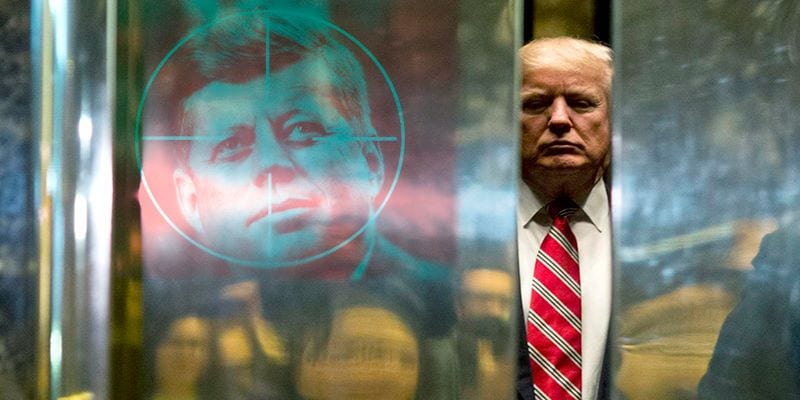 HAVANA TIMES — Recently declassified files about the assassination of US President J.F.Kennedy reveal many of the CIA’s plans against Cuba. Fidel Castro’s allegations about a biological war being waged against his country were confirmed as some of the plans made by US intelligence services were made public.

The strategy to carry out bomb attacks and assassinations within the US so as to accuse the Cuban government were also revealed.

One of the documents, declassified in its entirety, explains how the CIA planned to sabotage Cuban agricultural production “via biological agents which would appear to be of natural origin.”

In May 1971, Cuba recorded the first cases of African swine fever, a disease that hadn’t existed on the island until then. More than 400,000 pigs had to be sacrificed, pork being the meat that Cubans consume the most. In January 1977, The Washington Post published the confessions of a CIA agent who took part in the operation of introducing swine fever on the island.

The biological war also affected humans. In the ‘80s, there was a surprising outbreak of Haemorrhagic Dengue Fever, a very lethal disease which didn’t exist in Cuba. It caused 154 fatalities, there were 110 children among the victims. This was carried out by an opposition group based in and protected by the US. The fact was confirmed by the anti-Castro Cuban-American Eduardo Arocena before a US District Court in New York in 1984.

The documents further reveal that the self-harm attacks were a part of the US strategy against Cuba. The CIA even proposed to carry out attacks within US territory against anti-Castro leaders themselves, their alleged “allies”. “We could develop a Cuban Communist campaign of terror in Miami, in other cities and even in Washington,” stated documents which proposed to place bombs and assassinate anti-Castro leaders in the US.

“The campaign of terror could target Cubans that are looking for asylum. We could sink a boat with Cubans onboard on their way to Florida,” they wrote and added that it didn’t matter whether the cause of the sinking was “real or simulated.”

It was already known that the CIA had carried out a large number of assassination attempts against Fidel Castro but these documents reveal that in 1964 a price was even put on “Raul Castro and Ernesto Che Guevara’s” heads.

In the beginning, it was 150,000 USD (plus 5,000 USD in expenses) for killing Fidel but it seemed too expensive for them. They reduced this to 100,000 USD and increased the number of those with a death sentence. They also offered payment for “killing or handing over renowned Communists alive.” In order to get their reward, assassins needed to give the CIA “conclusive proof of the person’s death and their party card.”

“The crown jewels” of these documents is the possible tie between US intelligence services and the only assassin arrested after the JFK assassination. The former militarymen Lee Harvey Oswald visited the Cuban embassy in Mexico requesting a visa just before the assassination. If it is confirmed that he was a CIA agent then the attempt to link the Cuban government with the shots in Dallas will be made evident.

In one of the declassified files, it’s revealed that one of the Warren Commission members, who investigated the assassination, asked the CIA’s deputy director, David Bellin, if Oswald was an agent at this intelligence agency. The question remains unanswered because it’s written in other documents which will remain hidden from the public eye for another quarter of a century.

The declassified files come at a very interesting time when Washington is accusing Cuba of attacking US diplomats at its embassy in Havana with a fantasy sonic weapon.

Surely it’s no coincidence that the first people affected by these alleged attacks were CIA agents who secretly operate in Cuba, under a diplomatic guise.

Would it be absolutely crazy to think that this is a new self-harm plan? Maybe we’ll have to wait another 50 years for these history files that the “Langley boys” write today be declassified.

Simone – Song of the Day

Sunset in Trinidad & Tobago – Photo of the Day