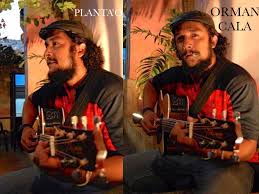 HAVANA TIMES —Though Orman Cala (Granma, 1980) hasn’t enjoyed the same publicity some of his contemporaries have, his songs are charged with a rebellious spirit and a provocative youthful impetus that leave those fortunate enough to listen to them wanting more.

Like most of the folk singers born in Cuba in the 80s (and we would have to study the concrete causes behind this), his works consist of scattered, collaborative albums produced by cultural institutions (Raspadura con Ajonjoli and La voz del diablo ilustrado, produced by Cuba’s EGREM label in 2007 and 2008).

He has participated in different music events around Cuba, such as the Fiesta de la Cubania held in Bayamo, the Festival del Caribe in Santiago de Cuba, the Romerias de Mayo in Holguin and the Longina festival in Santa Clara, among others.

Standing in the corner of constellations / accused of disturbing public order / weariness and peace / they compare me to anti-social criminal / because I serve the night and its musical breeze.

I am merely a folk singer / a humble servant / do not compare me to a criminal / no sir, no.

Evilness runs me over, like a car on the street / and I wince at your insensitivity / you’re a true piece of work, girl / something absurd, illogical, paranormal.

If it hurts you ears, screw you / if my guitar hurts your ears, girl / there’s nothing I can do.
The early morning is a good time / to reinvent songs / heart-felt things, screams / screams from the heart.
So, don’t ask me to shut up / because, if I go silent / the screams of silence will be heard / beyond.

Irreverence in the face of incomprehension, freedom in the face of its repression, sponteneity before order – these are some of the opposing concepts mobilized in this song. The author questions the superficial views that some people have regarding those who do not fit their ideas of order.

We find someone defending their right to look the way they want to and to stand at a street corner at any hour to sing, without being labeled a criminal. Those who work to shut him up may be the same people who later yield to the true criminals, those who steal more than money.

That is why that “girl” – who is doubtless a generic and may even be addressed to a man – is a true piece of work, exceptional, illogical and paranormal (but nonetheless very real).

The reaction is yet another dose of incomprehension and lack of communication, making any kind of agreement impossible: “if my guitar hurts your ears, girl, there’s nothing I can do.” The author then appears to add that he is a creature of the early morning: “the early morning is a good time to reinvent songs, heart-felt things, screams, screams from the heart.”

Though the early morning is a time of silence, silence would be unforgivable here. It would be so for a folk singer, and for anyone who obeys that “girl” who wants us to shut up.