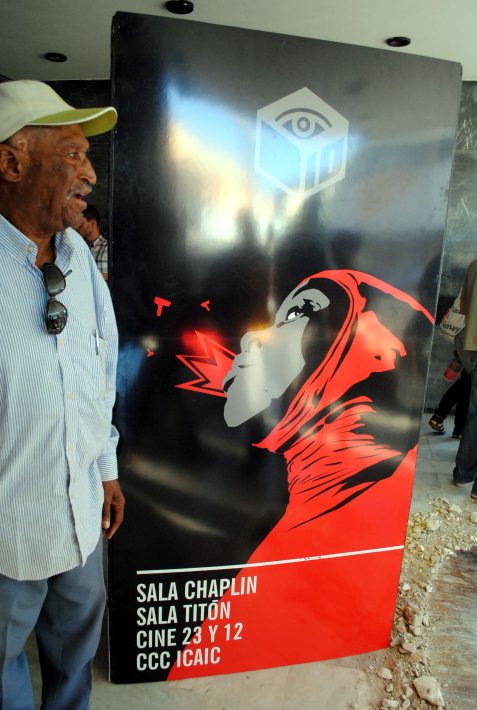 HAVANA TIMES, Feb. 28 — Last week, several days were devoted to familiarizing us with the latest in audiovisuals made in Cuba. Short films, animations, fiction and documentaries reminded us that new technology — when taken advantage of by talented hands — is able to capture our attention and offer quality products.

The Young Director’s Exhibition has now been in existence for ten years, and during this whole time it has never ceased to surprise the public with its good supply of audiovisual materials or the exceptional stories that are told in it.

Recently the Charlie Chaplin Cinema was visited by many youths curious to see their world reflected on the big screen with creations made by people their same age.

The movie Fabula, the most recent work by Lester Hamlet, constituted the opening film of the exhibition. Based on a tale by writer Alberto Garrandes, the films follows the life of a young contemporary couple.

In the lobby of the same cinema was the jaw-dropping photo exhibit “Banderas, Banderillas,” by photographer Kaloian Santos and painter Reinaldo Ortega.

As part of the theoretical component of this exhibit, workshops, seminars and conferences were held in which a host of issues were analyzed, including the importance of design for young film directors, the history of documentaries and editing.

In the principal showings, viewers were able to watch a documentary about “Maria’s patio,” an emblematic site for the lovers of rock music in Cuba, whose closing a few years ago left a void in an entire generation. 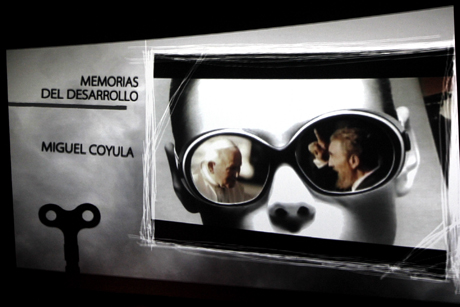 Another well-liked documentary was on the visit of the group Calle 13 to Havana. Olores is a film short that demonstrates to us the inquisitiveness of two children who want to be loved just as they are – without make-up or masks, which is a formidable challenge in this epoch of high-tech smoke and mirrors. To achieve this they make a pact: to stop taking baths and to tolerate the smell of the other.

Los bañistas narrates the story of a swimming coach who will do anything so that his athletes practice for an upcoming competition, to the point of him selling red meat and yogurt to raise the needed funds or having them work on their strokes while lying on benches because the pool is empty.

The second part of Danny y el club de los verracos — though a comedy — is no better than the one that preceded it, but the animation is exceedingly well done.

There’s a little something of everything in this exhibit, though there were also mixed opinions about it. Many viewers thought that it was weaker than last year’s. In any case, it’s a good barometer for measuring audiovisual works made in Cuba by young hands.

The following is a list of the winning works: