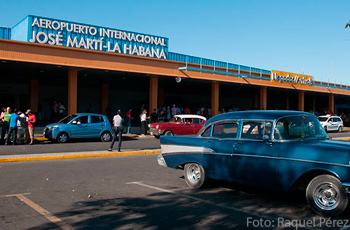 HAVANA TIMES — Journalist Fernando Ravsberg describes his astonishment at the statement by Leovigildo Jones, vice-director of the Jose Marti International Airport, who justified the closing off of the facility to non-travelers by saying that many airports in the world do the same.

Ravsberg asks for the names of such airports as in his many travels he has never seen one.

“Leovigildo also had the humor to tell us: ‘we shouldn’t forget that the airport is the first impression that a tourist will have of the country.’ He and his subordinates should be reminded of this when they make a traveler waste three hours before being able to leave the airport.”

4 thoughts on “A Humorous Airport Administrator”