HAVANA TIMES – Segni Bernardina is a dancer and producer of theater, music videos and film. Born in Curaçao and to a “very musical” family, as he himself says, he went on to study dance at university, specializing in the world’s traditional dances. His passion for the arts in general, has led him to other fields such as musical theater and film.

He is currently living in Bonaire and is developing a project that includes building a center that will have a theater and film hall, and will also function as a school. His idea is that families in Bonaire and visitors can enjoy the space, once the pandemic comes to an end in the world and especially on this island where he lives.

You might be thinking what Segni Bernandina has to do with our country. Well, I’ll tell you: he has danced here and has also taken part in dance festivals in Havana and Santiago de Cuba; but perhaps his connection to the largest of the Antilles is film. Segni has been an organizer and coordinator of most of the editions of the Travelling Caribbean Film Showcase in his country. Even more than 10 years after it was founded, this project continues to defend the promotion of Caribbean film within the region and abroad.

Here, the dancer and film producer will tell us about his life in the Dutch Caribbean and about his love for the project that Cuban filmmaker Rigoberto Lopez (who passed away in Havana in January 2019) founded in 2006. He will also tell us about his new project and, especially how he hopes it will work, not only in Bonaire – where he currently lives -, but in the entire Caribbean, including Cuba.

How did you enter the world of culture and, more specifically, film?

After finishing high school, I began to dance and specialized in different folkloric dances from all over the world. Later on, I learned expressive art as part of a Boy Scouts’ education program. I formed part of a dance group in Curaçao called Sweet Sugar and as it was working with that group and at school, that I learned about different stage arts.

That’s when I fell in love with the artistic/cultural world, and I have dedicated myself to exploring and training myself the most I can in the arts and culture, ever since I was 15 years old. One of the most influential moments in my life, was to dance and form part of the National Ballet in Curaçao. With this company, we went to dance in different countries all over the world, including Cuba. I also attended dance courses at the National School of Arts in Cuba.

However, film has always been very important for me, so I once wrote a script for a theater play and when I approached a theater director in Curaçao, he suggested I turn it into a film script. It was at that time that I entered the world of film. I have made three feature films and some short movies. I have also produced many music videos.

When and how did your connection to the Caribbean Film Selection happen? 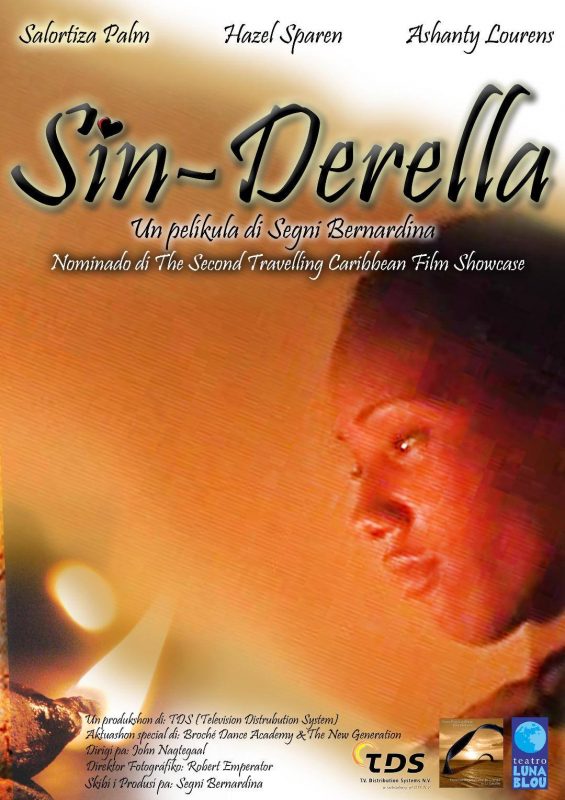 The Traveling Caribbean Film Showcase came into my life thanks to Norman de Palm. Norman is a writer, scriptwriter and film and theater producer in Curaçao. His works include: Ava and Gabriel: a love story (1990), which I acted in, and Almacita, soul of desolato (1986), which he produced. Both movies were directed by Félix de Rooy. He was the person who introduced me to the Film Showcase, when he urged me to participate in the event with a movie I had produced in 2004, which was called Sin-Derella. That was back in 2008.

How many editions have you taken part in?

I’ve been taking part as an organizer ever since 2008. In 2013, I took part in the Caribbean Film Showcase Conference in Havana. Meanwhile, in 2014, I was a member of the festival’s International Selection Committee, choosing the movies that would take part in the sixth and seventh editions. As I was the artistic director at the Luna Blou theater in Curaçao at the time, I could host some of the Festival’s editions there.

Segni, you are now living in Bonaire with your family, what are you working on right now?

Here in Bonaire, I work as an Arts and Culture teacher, and I am also a consultant for different cultural and artistic organizations. I am one of the founders of ACE (ART CULTURE and EDUCATION). It’s a foundation with the mission to use art and culture as a means to educate and to develop human beings.

I understand that you are also building a center… tell us a little bit about this great project of yours._

I’ve been dreaming about being able to run an arts school for some years now. A place which teaches all kinds of arts classes. This dream is coming to life with the building of a center, using containers, which will have a theater and film room so that Caribbean filmmakers can screen their Caribbean movies, and it’s also with the hope that Bonaire locals will become more interested in movies made here in the Caribbean.

It will be called “The Creative World” and, of course, it won’t only be for theater plays and films, but also for teaching, conversing, coming together, etc. I believe that I have been able to do this thanks to my family and a group of people who are very interested.

With the years of experience I have, I have seen how art can achieve much more than just a talented artist. This is why I have created a methodology that will serve as a means of educating. I hope that governments and schools are willing to introduce this methodology into their curricula.

In the future, we could organize screenings of future editions of the Traveling Caribbean Film Showcase. I hope to be able to continue to organize and coordinate the Showcase in Curaçao and Bonaire.

Would courses at The Creative World only be available to national students?

No. The plan is that anyone can come here and study. Students with different nationalities are more than welcome.

Do you believe the project could transcend Bonaire’s border?

It is still too early to talk about that, but it would be amazing.

Do you have a program already, or will it be spontaneous?

We already have some plans, but nothing is certain yet. Right now, we are just focusing on building the center. I hope it can be ready to open at the end of this year, but everything depends on how this COVID-19 situation pans out, and funding.

What importance does this project have for the community?

Bonaire doesn’t have a center like this, right now. The Creative World would be for the entire family, we want to have the family at its heart, make it a place where the entire family can come and take part. When I say the entire family, I mean adults, young people, couples, children, so that they can come together and do things together; be each other’s support.