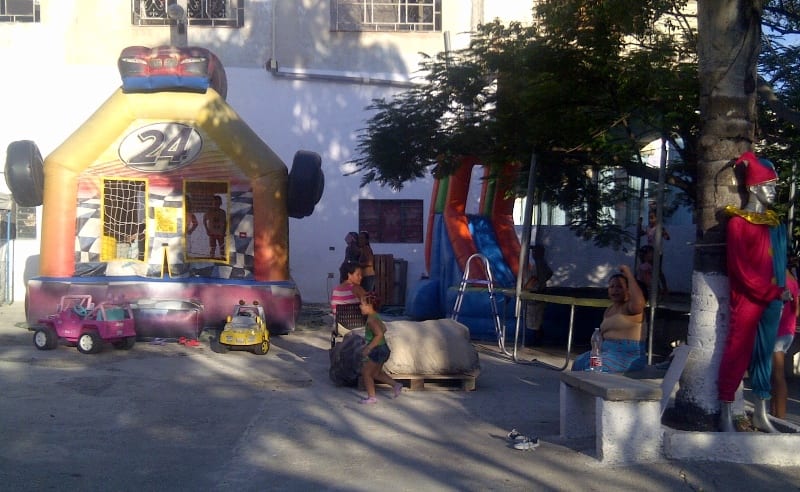 HAVANA TIMES — One of the many building collapses that have become common in Havana today took place at the intersection of Oquendo and Carlos III. Once the rubble had been cleared, an empty, 900-square-meter surface was left behind, clamoring to be used. The spot would finally come to be occupied by Mislenis Gil Gomez, who gathers hundreds of children every afternoon with an inflatable park.

“This is just the beginning, as you can see. We have three inflatable castles, a trampoline, a pool and a special area for small children. We also have cars that kids can ride through the entire area. Oh, and we hired a clown.”

HT: An amusement park for children isn’t something we commonly see outside State initiatives. Was it hard to get a license?

I’ve been here for two months. The license and other legal paperwork was easy. We didn’t run into any State hurdles. When hygiene and health inspectors came to check up on us, they pointed some valid things out, we complied and that’s how we’re working it. They’ve actually encouraged us to complete our work, because it will be something for the community, for kids.

HT: Dealing with small children is complicated. Does the project have anything to do with your life in general? 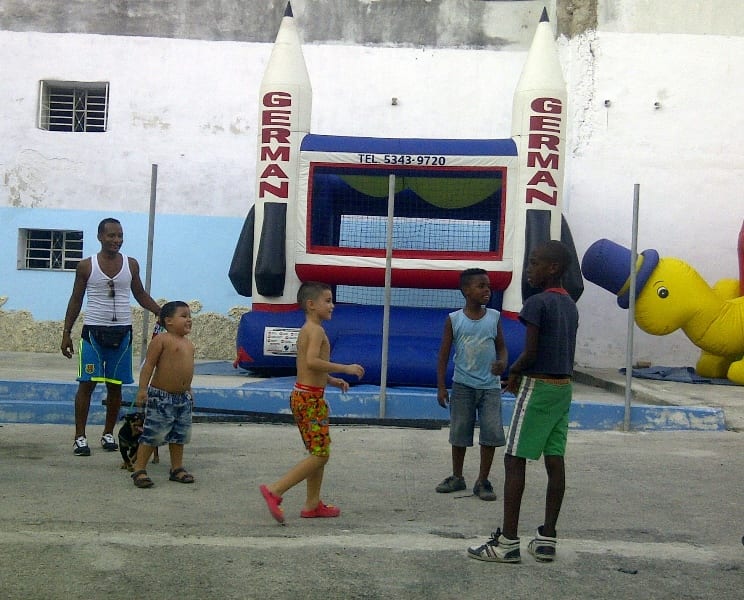 I lived in Spain 15 years. There, I learned about capitalism and to make a living. I like to plan, undertake and materialize things. I of course love children and seeing them have fun is a real pleasure. Parents shouldn’t keep their children home all the time, they have to take them somewhere sometime, and that’s where we come in!

HT: ¿Se cobra la entrada? Is there an admission fee? How much is it?

Admission is free. The games cost five Cuban pesos for five minutes. It’s 25 pesos, or its equivalent, one CUC, for a half hour at the special area for children under 4, where we have toys for children that age. At similar (private) amusement parks, the prices are the same. Only La Maestranza in Old Havana, a State park, charges 3 pesos.

Bear in mind it’s a neighborhood park with a good location in Centro Habana. If visitors had to travel all the way down to the old town, they would certainly have to spend much more.

HT: You mentioned the park was not yet completed. What’s left to do? 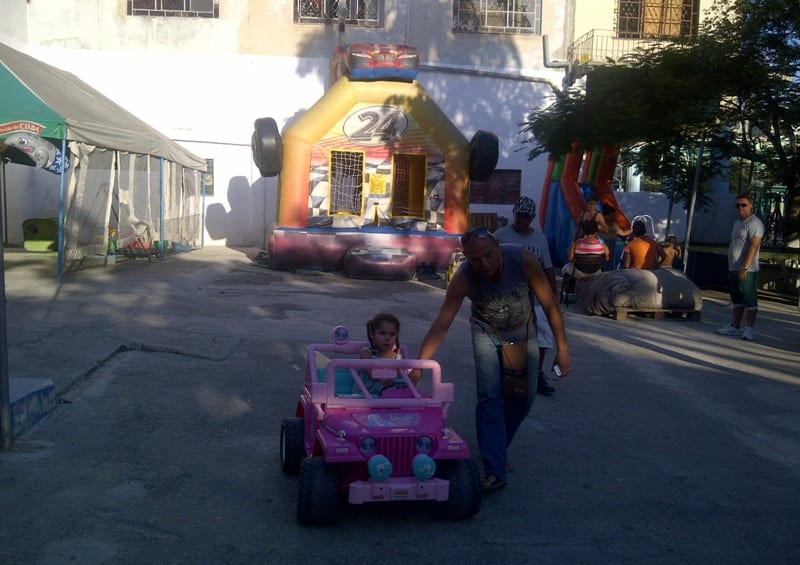 We still have to set up five castles; we’re not using the entire area we have. The idea is to partition the space, set up a food area where fathers, mothers and relatives can enjoy themselves. Across from there, the kids have a good time under our care, so families can relax a while. At full capacity, we could have as many as 150 kids at once. Every day, we’d receive thousands of visitors at this slice of heaven we’re creating.

HT: The State offers loans to the self-employed. Would that interest you at all?

No loans for us, I’m not interest and haven’t even looked into it. I make my way with my own resources; I don’t want to be in debt. I haven’t asked for credit in Cuba and I didn’t back in Spain. If I wanted to buy something, I waited till I had the money to do so.

On a Saturday, a fair number of people have gathered at the park. The clown, Mantequilla, makes the children laugh and sells tickets. The custodian helps a kid with a grumpy look on his face, guiding his car among the amused crowd. The girl who generally stands at the control booth heads over to the castle named German because a kid doesn’t seem to be having much fun in there. I make the obligatory question:

HT: What criteria do you use to select your employees?

I believe in young people who have blood flowing through their veins, energy, people who are agreeable and patient. When I watch them walk, I know immediately whether they’re suited for the job or not. We have 5 employees. Under the law, we can hire an additional five people without having to pay extra taxes. We’ll be doing that in the future.

HT: Now the thorny issue in Cuba: what are the salaries like?

The minimum required by law is about 500 pesos. We pay much more than that, even though we’re just starting out. I imbue my employees with a work ethic, being here is better than being out on the street. This is a capitalist enterprise. I’m the owner and I pay them to work for me. If we make progress together, the future will be better for all of us: wages will go up, working conditions will improve and they will feel useful and part of a common project.

HT: How do you see the future?

I try to organize my priorities. One week, I fix a wall, the next I fix another and the one after I touch up the bathroom, perhaps. We never close, not once during the month. Many a time, the money we make only covers what we spend. That’s enough, because that keeps the place open and we don’t let anyone down.”

HT: You’ve turned away State help. Could you sum up your philosophy?