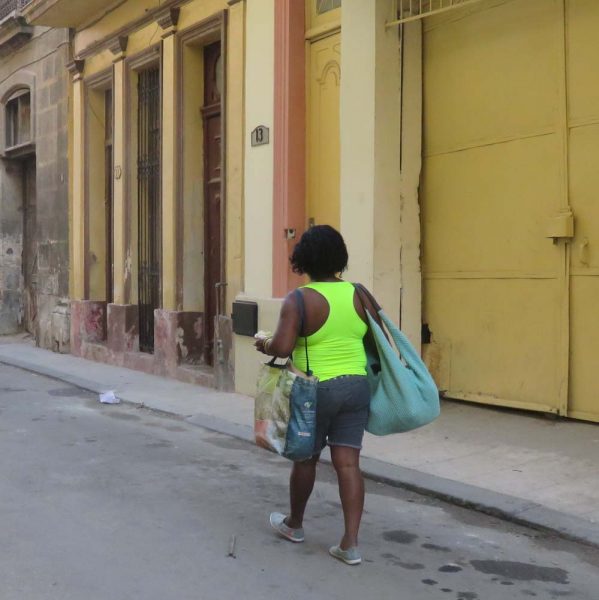 HAVANA TIMES – Overcoming adversity and hardship, Cuban women are considered miracle workers. Caridad Bermudez, 35, is one of these women who use all of their skill and creativity to make the most of every day. Here, she tells us what she does in order to survive another day.

HT: Where did your ability to face everyday challenges come from?

Caridad Bermudez: I was lucky to have a mother who always found a way to put food on the table, even if it seemed impossible. My father had remarried and she was left alone with two small children. We used to live in an old dilapidated tenement in Central Havana, where people used to play dominoes every evening.

My mother began to fry malanga or corn, depending on the season, and she would sell it to the domino players. We had an aunt who always used to give us the extra cooking oil she had left over after cooking, and that’s how we began to get by. Plus, she would also keep a little minced meat, bits of chicken skin or fish to make croquettes with old bread. Back then, people even ate grapefruit steak and mop heads.

HT: Was your mother’s dexterity to keep the family afloat only related to food?

CB: Let me explain something that people don’t like to say: food is the body’s fuel. Back then, we even went so far as eating minced banana peel.

My mother would go to Guira de Melena and San Jose to exchange clothes for root vegetables. Clothes that were already in a poor state, but the rural people were even worse off. Answering your question, my mother became a cobbler and seamstress, amongst other things. If our sneakers got holes in them, she would find a way to fix them by sewing the tag you find in the back of sweaters into each hole. If it was the sole, she would fix it with leather tags you find on jeans, and she did the same with our bags or backpacks.

HT: Were you embarrassed to go to school like that?

CB: No, there were lots of kids like us. My mother always told us that the most important thing was to be clean. I remember she used to wash our uniform every day, and she’d hold onto the left-overs of soap to then melt them down, put them in a mold and out in the sun to make a new one. 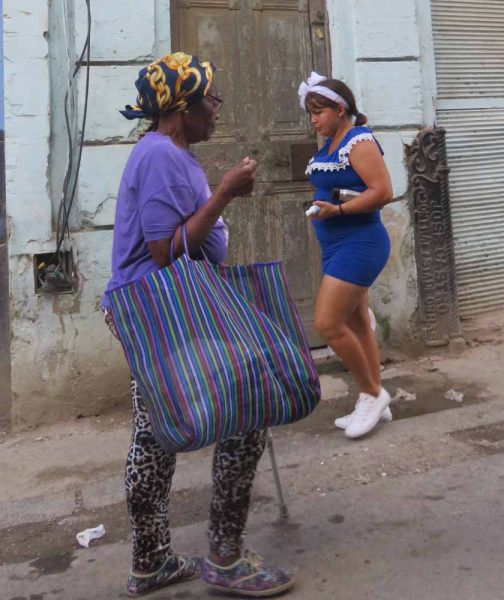 CB: Of course. A woman does anything she can to feed her children. We inherited this ability to survive from our own mothers. The home and everything it needs is a burden that women carry, not that men don’t work, but most of the time, it’s the women who do magic and stretch money further. I don’t remember ever seeing my mother complain, she would work from the crack of dawn to make sure we had dinner at night.

HT: What do you do every day?

CB: Surviving in Cuba has become an art form. I also have two children and am a single mother. I left my job because my wages weren’t enough for me to support my children. I sell anything I can. When it’s beach season, I go out with two plastic bags, one filled with croquette sandwiches and the other with bottles of soda. I do two or three trips and the money I earn covers my children’s lunch and dinner.

HT: That isn’t legal. Aren’t you afraid of being caught by the police?

CB: Everything in life is a risk. I have a very positive mindset; I don’t believe I’m hurting anyone. I wake up early to buy bread and make the croquettes, the soda is an instant mix. Other times, when I have a little extra, I make cake or flan and it sells like hot cakes in the neighborhood. I’m also selling water at the bus station now. Look, things aren’t bad, but it’s not enough for me to pay for a license.

CB: Really simple. It’s very hot and there isn’t anywhere to get water. Not everyone can afford to buy it in foreign currency. If the State sells water, why can’t I? When people are thirsty, they drink tap water, even from water fountains that aren’t at all clean, like the one in the bus station. It’s impossible to boil water, I use a gas cylinder. But I wash the bottles out with liquid with detergent and fill it with the same water my children drink.

People buying the water know where it comes from, the people selling popsicles don’t boil the water they use to make the ice either. Boiling water is a real luxury in some areas of Havana. I believe that I’m doing people a favor, plus it wasn’t my idea. When I started selling water, people had already been doing this for a while already. Cuba is a hot country, and water and soft drinks should be within every Cuban’s reach. 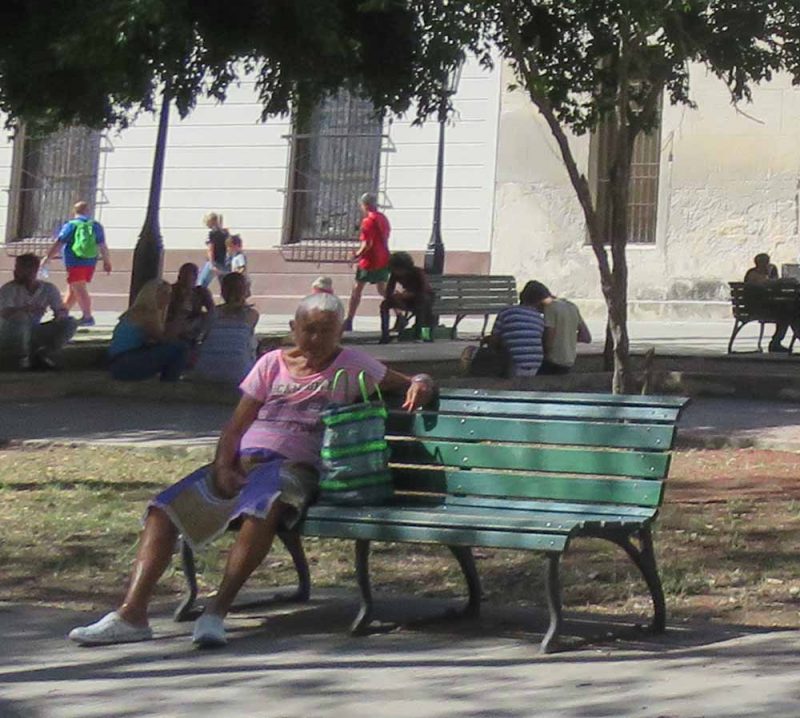 HT: What other things do you do in your day-to-day?

CB: A key part of my day is when my children come home from school. I sit down with them to do their homework, luckily, they are only a grade apart. I also have to work magic in this regard because I don’t have money to be able to pay for a private tutor, so I’ve returned to seventh and sixth grade. There are many families in my situation, who even though they work for the State, can’t afford to pay. Everybody knows that you either eat here in Cuba, wear decent clothes or study… you can’t do everything all at the same time.

Buying backpacks presents the same problem. It’s crazy to think that our children can to go to school with anything other than a huge backpack because they have so many books to carry. You can imagine the sacrifice some families have to make to be able to buy them. I have seen children go to school like my brother and I used to, with patched up backpacks and broken shoes. Some don’t even have a snack with them.

HT: What would you like to tell our readers?

CB: I would like anyone that reads this to know that Cuban women are the bravest in the world.