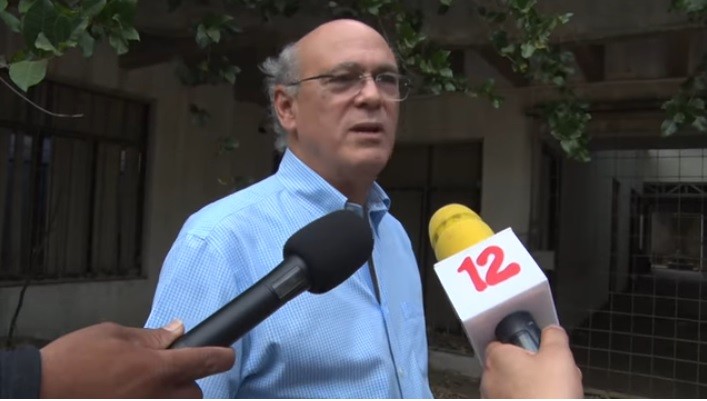 He challenges the Ortega regime to order “an end to the illegal occupation of Confidencial and 100% Noticias, and to suspend the censorship.”

HAVANA TIMES – The end of the customs embargo against the newspaper La Prensa is the first step towards the “restoration of freedom of the press” in Nicaragua. However, the State still needs to order the return of Confidencial’s newsroom, and the installations of the television channel 100% Noticias, and to suspend the censorship of independent television.

“They should stop censoring the television networks and the cable channels and the attacks and aggressive actions against reporters,” challenged Carlos Fernando Chamorro, director of Confidencial and the weekly television news program Esta Semana.

In an interview on the Facebook Live news program Noticias 12, Chamorro noted: “the dictatorship’s political decision to maintain the censorship against Confidencial and 100% Noticias” persists. As evidence of this, Chamorro noted that although a year has passed, the Supreme Court has still not issued any ruling on the appeals filed as the result of the embargo and confiscation of both media outlets. “Why haven’t they ruled?” They have all the evidence: direct evidence that the Police are here (in the confiscated offices where, from outside the building, Chamorro offered the interview) with no court order.”

“There’s nothing here to negotiate. The State must order an end to this illegal occupation, and suspend the censorship,” emphasized Confidencial’s director. Similarly, he demanded the suspension of the police state of siege, “because in addition, it’s unsustainable, a failure. The State has to accept that the only way out of this crisis that they created with the repression is to facilitate an electoral reform, so that we can go on to have free elections,” he highlighted.

Chamorro’s declarations were offered after Customs finally freed the ink, plates, spare parts, paper and other inputs that they had refused to release for 500 days, as a form of embargo against the newspaper La Prensa.  The process leading up to their release was facilitated by the intervention of the Apostolic Nuncio Waldemar Stanislaw Sommertag, stated Jaime Chamorro Cardenal, president of the newspaper’s Board of directors.

Alluding to rumors circulating on social media, the Confidencial director clarified that he hasn’t had any communication with the Apostolic Nuncio, and has no official or unofficial knowledge of any decision to lift the censorship and return the occupied properties of Confidencial or 100% Noticias to their rightful owners.

“I feel certain that at the end of this crisis we’ll see the liberation of the political prisoners, the suspension of the police state and the return of the means of communication,” said Chamorro, “because it’s an unsustainable situation for the regime. There’ll be a political negotiation – with or without Ortega and Murillo – to decide on the electoral reform that represents the only way out,” he insisted.

Despite the confiscation of the building used by Confidencial and Esta Semana, and of the television censorship imposed by the Ortega regime, neither has interrupted their informational output. “Every day that we exercise journalism, we’re reclaiming those spaces of freedom,” Chamorro explained. We must assume the risks and recover the spaces of liberty; that’s the reason I returned from exile, in order to continue demanding that the State order an end to the occupation of the newsroom and an end to the censorship,” he continued.

The return of the communications media confiscated by the regime is a national and international demand. The interim Acting US Assistant Secretary for Western Hemisphere Affairs, Mike Kozak, posted on his Twitter account: “The delayed decision to release the paper and ink belonging to La Prensa from the Nicaraguan customs warehouse is a step in the right direction. Now Ortega should return the property confiscated from other independent media such as Confidencial and 100% Noticias.”

The US ambassador to Nicaragua, Kevin Sullivan, also pronounced on social media: “Unblocking the import of inputs for La Prensa is a positive step towards reestablishing freedom of expression and complying with the agreements of March 29, 2019. This agenda should continue, so that Nicaragua can end its crisis.

The agreements Sullivan was referring to were signed by the Civic Alliance and representatives of the Ortega government. In them, they committed themselves to strengthening citizen rights and guarantees, such as the right to peaceful assembly, the liberation of all the political prisoners, and the release of the installations and equipment confiscated from the independent media.

Nonetheless, the regime has made no pronouncement regarding the end of the customs embargo against La Prensa and the possible return of the confiscated media outlets. The only public functionary that has issued any comment on the topic was Supreme Court Magistrate Francisco Rosales who on January 9th, told a group of insistent journalists that “soon” a court resolution of these cases would be made known.

On the Way to School, Cuba – Photo of the Day

Afternoon on the Havana seawall, Photo of the Day