HAVANA TIMES — Amir Valle is a writer, but sometimes he seems like a professor. When he speaks, he explains everything. A young person learns things.

Let’s continue with our interview.   You can read the first part here.

Amir gets serious as he tries to describe Cuban journalism. According to him, censorship and censors are a kind of Lernaean Hydra, and like what happens when a hero confronts a hydra, the animal makes you know that you are there, it shows you its horrors so as to scare you off and stop you from wanting to confront it.

Lines, limits. He also teaches me about these.

Where was the place you have worked with the most censorship?

Amir Valle: Journalists who have wanted to go to university, or have been journalists on the island, have had to swallow this slogan that proclaims that “journalists are the Revolution’s ideological army” and that a journalist is a soldier of the Revolution.

All of us, without exceptions, accept the conditions; some in the hope that things could be different or change or that we could even change the way things are from the inside; others because they are excited to study a profession which is beautiful and fascinating, there’s no doubt about that, and they didn’t imagine the labyrinth of ridiculous ideological conditions and forced subservience which they were getting themselves into. Others because they really wanted to be ideological soldiers of the Revolution, like they were required to be.

One thing is for certain though, for censors: the enemy can be sitting at the desk next to you even though their job is to write articles about breeding goldfish at the Japanese gardens; that’s to say, anyone can be the enemy.

And how do you deal with self-censorship?

AV: My stories are there, books of stories and novels which are censored in Cuba, to prove that I have never self-censored my work.

Valle doesn’t forget the first time he was summoned by UPEC (the Cuban Journalists Association). The first warning because he was interviewing (without applying for official authorization) some models who were prostituting themselves to Spanish businessmen.

AV: My decision was simple: I needed to switch up my strategy and continue to investigate prostitution via channels that didn’t depend on the State, in places which wouldn’t make my investigation obvious. And maybe it was the first “warning/act of censorship” that led me to plunge into the underworld, to look for alternative ways to get the information I needed and not to watch the phenomenon from the sidelines and much less, ask state institutions for information which would come with “contaminated” truths, to put it lightly.

The author of “Habana Babilonia” doesn’t like it when I ask what he rescued from his life in Cuba. According to him, what is his, what he has left, doesn’t need rescuing, it’s there firmly rooted in the present.

AV: The Cuba of my friends, of my family, of my loves back then, of the places and moments that marked me as a human being. This Cuba travels with me, wherever I go.

And what about exile, is there something redeeming about it? 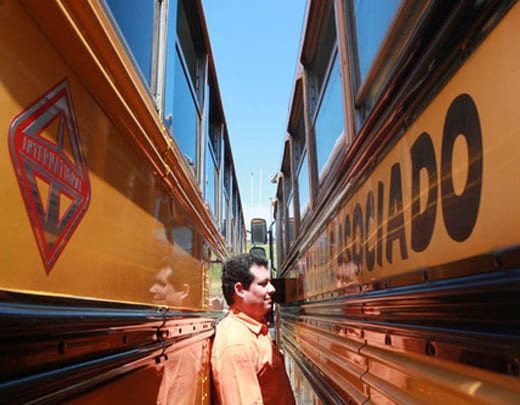 AV: The enriching experiences. This is what exile has been for me. After the initial trauma of being sent into exile which you never imagined, one of my vices kicked in: living new experiences in a very intense manner. And as those who know me will know, this is how I perfected my English, I learned German, which is an extremely difficult language and I write quite well in it, my articles basically, although I have an awful time trying to speak it properly. I read everything I couldn’t find in Cuba. I converted one of my other deficiencies on the island into a vice: to look for the same information on different media platforms in order to challenge sources and get as close as I can to this objectivity which journalism demands.

For Amir, maybe exile was a reencounter with everything in his dreams. He started writing articles again, he works for the famous Deutsche Welle, and educates his children in freedom, he confesses.  He also believes in God, and…

AV: If tomorrow this God that I believe in so strongly finally decides to send me somewhere else in the world, I will go happily, ready to live this experience again in the only way I believe to be enriching for a human being: intensely.

For now, Amir Valle is a citizen of the world, and well, German.